Warren Gatland reckons selecting the Lions team for the first South African Test was his hardest yet, revealing that neither he nor his coaches had picked the eventual line-up earlier this week.

The Lions boss, on his fourth tour and third as head coach, said it took an hour and a half to whittle down his choices on Monday.

Eventually he emerged with Ali Price at scrum-half ahead of Conor Murray, Alun Wyn Jones starting at lock in his 10th Lions Test, Stuart Hogg over Liam Williams at full-back, Luke Cowan-Dickie at hooker and Duhan van der Merwe over Josh Adams on the wing. 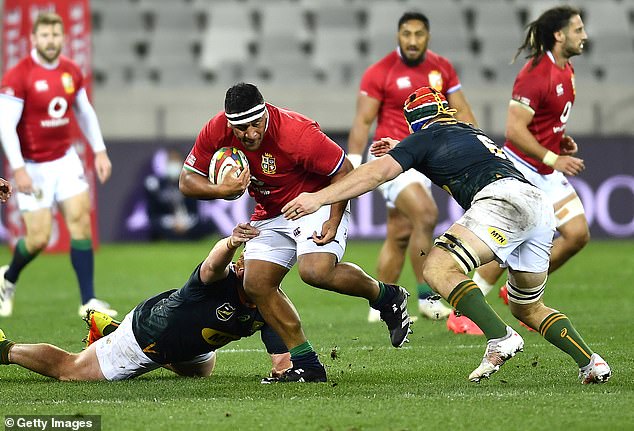 Mako Vunipola led the surprise omissions, having previously been a mainstay in the team

‘It was the hardest selection meeting I have ever been involved with,’ said Gatland.

‘I know a lot of people think it’s the team that I select, but that’s never been the way whether with the Lions or with Wales. It’s important that, as coaches, we all have an input into the make-up of the squad.

‘I can tell you that not one of the coaches got the 23 they came along to the meeting with, I think that’s a credit to the players – we were all thinking about different permutations and combinations and what the make-up of the 23 looked like.

‘There was a long discussion and, to give you an idea, in the forward pack we had four of the same eight and in the backline we had three of the same seven between the five of us. 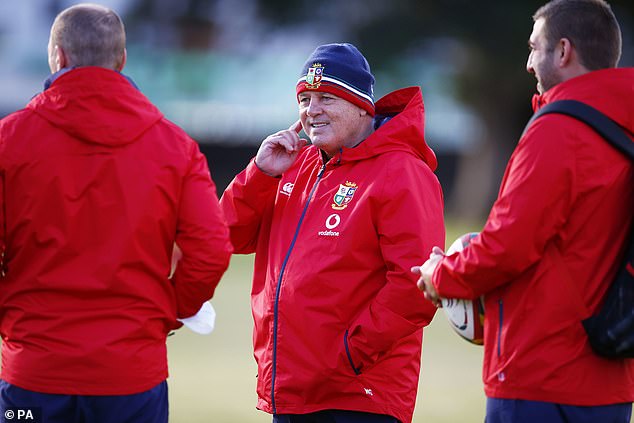 ‘It just goes to show how tough it was in terms of that selection, but it’s a great place to be because there’s so many players in the squad putting their hands up and making it difficult for us.

‘We had a pretty tasty training session yesterday, a little bit of niggle and stuff.

‘That’s exactly what we wanted, I take my hat off the guys that were helping that Test team, they really fronted up and trained exceptionally well.

‘You couldn’t ask for more from a coaching perspective.’

On selecting South African-born Van der Merwe – one of three Scots in the line-up, the most since 1997 when Gregor Townsend, Alan Tait and Tom Smith played – Gatland added: ‘It’s a challenge for him. I spoke to him yesterday about what’s coming on the weekend and he was fully aware because I presume every time he touches the ball, they’ll be trying to hit him with everything they’ve got and there will probably be some verbals as well. 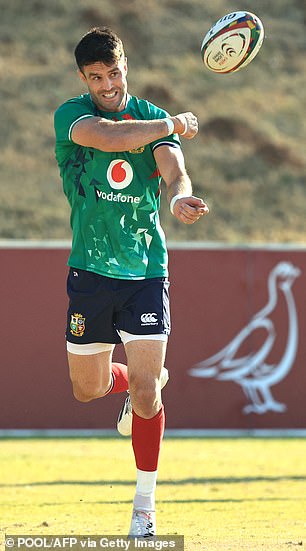 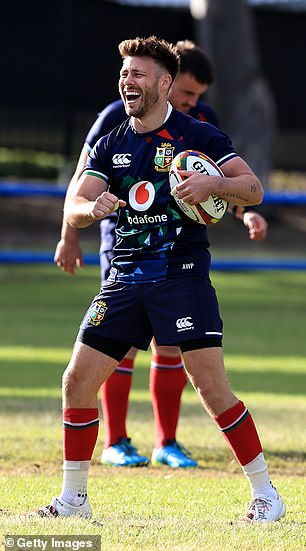 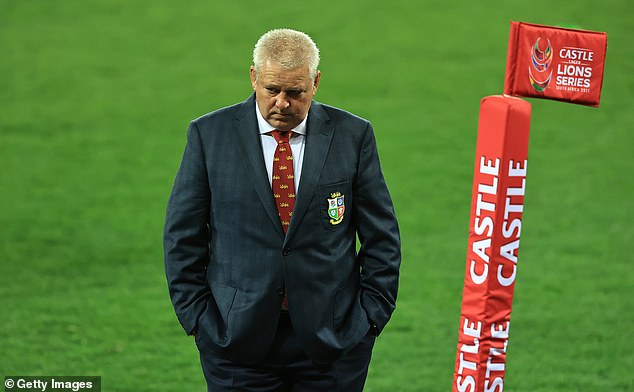 He admitted he had made some ‘tough calls’, including having to leave out Josh Adams

‘So he’s well aware of what’s at stake and he’s been incredibly relaxed. The way he’s been running with the ball and beating defenders, and also scoring tries. He was the top try-scorer in the Six Nations.’ Adams scored eight tries in his first three games on tour, but was left out of the Test side.

‘It was a really tough call leaving Josh Adams out,’ said Gatland.

‘I spoke to Josh yesterday and just said it was such a tough call for us and for himself.

‘He had a pretty emotional week last week with the birth of his child and then the next couple of days checking in. By his own admission, he probably didn’t play as well as he normally would on the Saturday. And that is completely understandable because of the week he had.

‘He had a knock on his hip and quite a significant blow to the sternum that was pretty sore as well. it was a tough call but I spoke to him about that decision.

‘For a number of players I spoke to, I showed them some stats from previous tours of how the Test team from Test one to Test two to Test three, how many changes have been made traditionally. 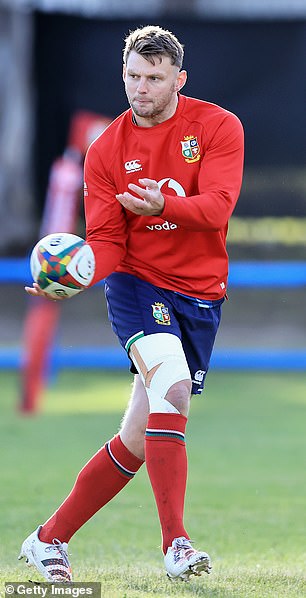 Dan Biggar will start the first Test, but England’s Owen Farrell has been named on the bench

‘So even through everyone is not involved, hopefully they will still get opportunities.’ Asked what it meant to see his captain Jones back and fit for his 10th Lions Test, Gatland joked: ‘That he’s old! He’s been around a while!

‘Look, it’s a fantastic achievement for anyone, not just playing your first test match but playing 10. It’s fantastic.

‘I think it shows who he is as a player, but I have to say that not just for Alun Wyn, but this whole squad, being out here and playing for the Lions means a huge amount to them.

‘To see someone like Alun Wyn who was desperate to get back and to rehab and to want to be over here to want to represent the Lions again, shows a lot about him as a person but also what the Lions mean to Alun Wyn, but not just to him but to everybody.’ Jones himself cannot wait for another go with the Lions, having thought his dream was over after dislocating his shoulder last month against Japan. 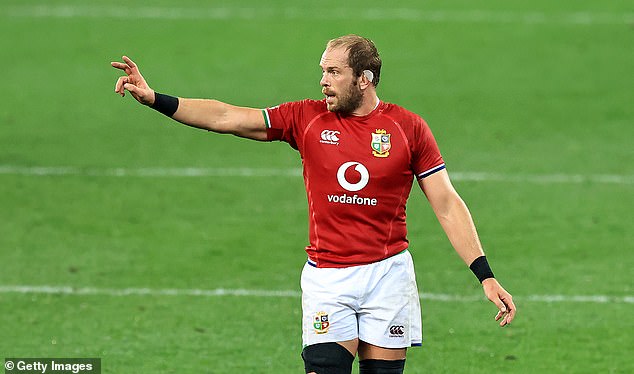 ‘To be sitting here now and to be involved in the Test team is everything I have ever worked for really over the last, I would be lying if I said it was two years, it is probably four years,’ said the skipper.

‘I think I was at home on the sofa before the guys had even got to the airport on the Sunday. That was a tough one.

‘Fast-forward to the Tuesday, when I was told there was a chance it was bordering on surreal. To be here, take knocks and bumps and be in amongst it with the group it means more. I’m not going to lie, it means more.

‘Sometimes all you need is a chance – I was willing to work hard and get myself right, and make it difficult for the guy next to me (Gatland), and to make myself available for selection.’

The Lions play South Africa on Saturday in Cape Town – where the second and third Tests will also be.