The archer is one of Team GB’s growing group of mothers here in Tokyo, which includes cyclists Laura Kenny and Lizzie Deignan and rower Helen Glover.

But only Folkard has welcomed a baby into the world in this new Olympic year – and she has had to pump and freeze up to 80 bottles of breast milk so her daughter Emily could be fed while she is in Japan. 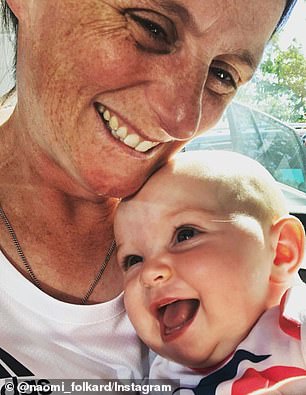 ‘It’s really hard being away,’ says Folkard, who shoots in the women’s individual ranking round before Friday night’s opening ceremony.

‘But me focusing on my archery and trying to do the best I can for my team will hopefully distract me from missing her too much.

‘It’s been quite crazy, this time of being a new mum and still competing. I had a birthing plan to help me recover as quickly as possible afterwards with Tokyo in mind.

‘If the birth had gone a bit tricky and I had to have a C-section, I’d have had to have three months off archery altogether and then Tokyo would have been impossible.

‘But as it was, I first shot again just two weeks after Emily was born.

‘I will probably have time to think about what I’ve done after the Olympics.. I am not going to be competing for a while and I can put all my focus and attention on her.’ 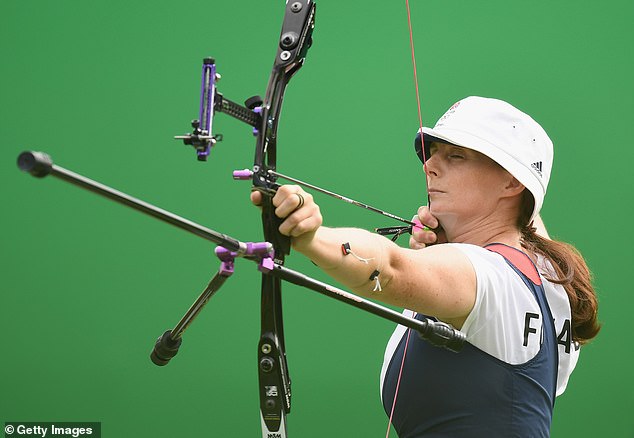 Team GB have not won a medal in archery since Athens 2004, which was Folkard’s first Games (pictured competing at the 2016 Rio Games)

The 37-year-old hopes her story will encourage other athletes to have children during their careers.

‘It definitely is possible,’ says Folkard. ‘I’d hope that I can inspire other women to not put having children off, because I did. It would have been lovely to have had Emily 10 years ago.’

Team GB have not won a medal in archery since Alison Williamson’s bronze at Athens 2004, which was also Folkard’s first Games.

She adds: ‘My biggest ambition is with our women’s team. At the World Championships two years ago we won a bronze medal and I’d love to do that at the Olympics.’