‘I hope Tokyo has a good dentist around!’: GB pole vaulter Harry Coppell needs emergency dental work after smashing his two front TEETH during a practice run ahead of the Olympic Games

By Shekhar Bhatia and Nick Fagge In Tokyo

All Team GB Olympic pole vaulter Harry Coppell wants from the games is a gold medal – and his two front teeth.

The British champion had his teeth knocked out after a practice vault saw the bar fall into his face.

The 25-year-old, who is a leading contender to win a medal in Tokyo, was last night seeking emergency dental work.

The painful incident was captured on video, which Harry himself later Tweeted.

He wrote: ‘Got some good vaulting done tonight at the @teamgb holding camp!

‘HOWEVER…The bar then fell on my face and messed up all my teeth ���� I hope @tokyo2020 has a good dentist around.’ 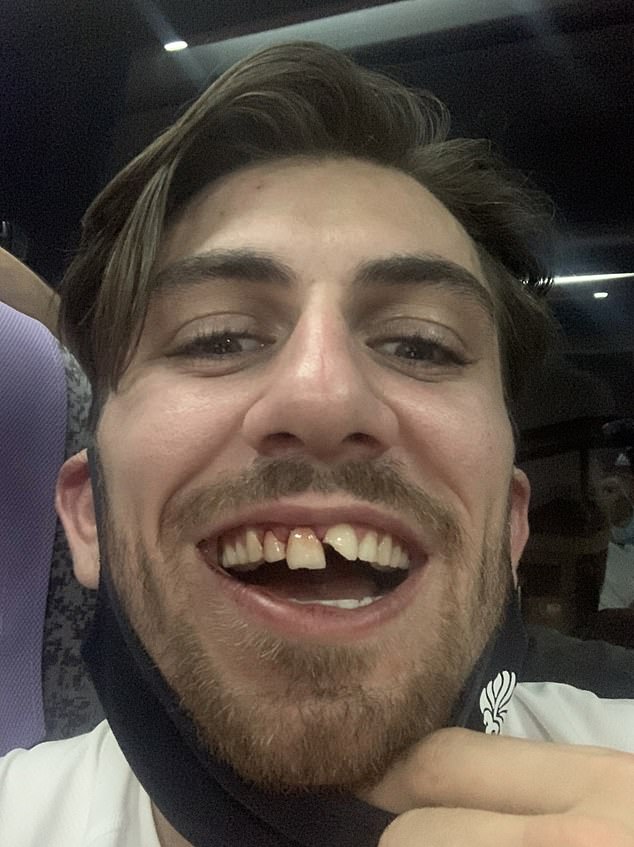 He cleared the bar, but it then proceeded to fall on his face smashing his teeth (above)

He successfully cleared the bar, but after he had landed on the soft cushioned safety breaker, the bar followed.

The vaulter, from Billinge, Merseyside, attempted to catch it, but it slipped through his hands as he lay flat, shattering one tooth and chipping a second.

He is the current British pole vault champion, having won the title in 2019 and 2020 and going for gold in Tokyo.