Coates, 71, an IOC executive and president of the Australian Olympic Committee, demanded that a reluctant Palaszczuk head to the Olympic Stadium on Friday in an unedifying filmed episode that had to be seen to be believed.

The stunning exchange came in a press conference for Australian journalists in the wake of the decision to give Brisbane the 2032 Olympics. 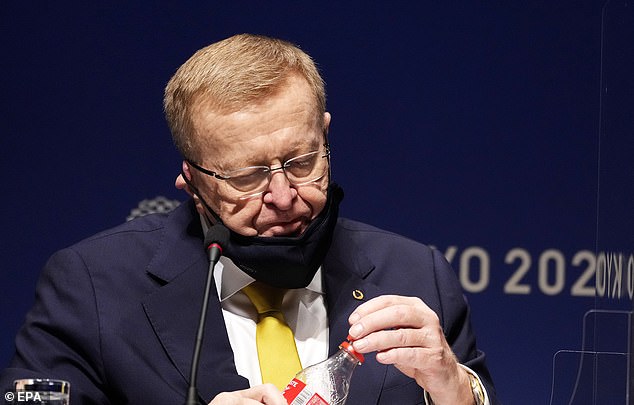 Palaszczuk had said that she was going to watch the ceremony on television from her hotel room, given the ongoing Covid pandemic.

But a clearly agitated Coates insisted she attend, in what appeared to be a frank and condescending dressing-down.

‘You are going to the opening ceremony,’ Coates warned.

‘I’m still the deputy chair of the (Brisbane 2032) Candidature Leadership Group and so far as I understand, there will be an opening and closing ceremony in 2032 and all of you are going to get along there and understand the traditional parts of that, what’s involved in an opening ceremony.

‘None of you are staying behind and hiding in your rooms, all right?’ 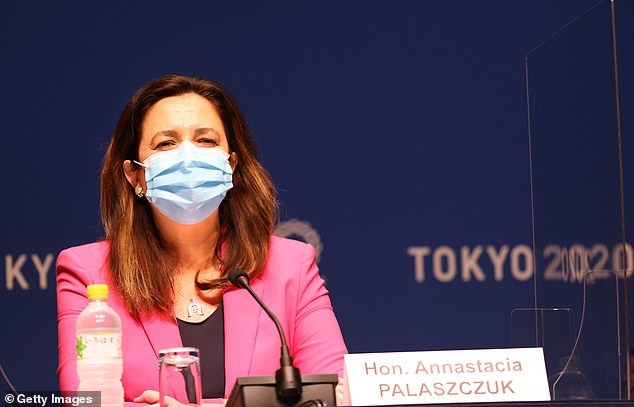 Palaszczuk responded simply that she did not want to offend anyone but Coates continued: ‘You don’t know the protocols, I think it’s a very important lesson for everyone here.’

Sportsmail asked the IOC, who say they champion ‘unity and diversity’, whether they stood by Coates’s behaviour and comments, and whether he would be issuing an apology.

However, they simply said that it was for Palaszczuk to decide if she attended, adding they would respect her decision.