US swimmer Lydia Jacoby, 17, wins surprise gold medal in 100-meter breaststroke at the Tokyo Olympics as her VERY excited family and friends cheer her on from her hometown in Alaska

By Shekhar Bhatia In Tokyo For Dailymail.Com and Associated Press

The 17-year-old from Alaska saw off the challenge of reigning champion and fellow American Lilly King who settled for bronze.

Jacoby, from Seward, was crowned the winner of the 100-meter breaststroke and beat Tatjana Schoenmaker of South Africa, who took silver, and Team USA’s Lilly King, who took bronze.

Jacoby was just over a quarter of a second faster than her South African rival and touched home in 1.04.95.

In a tweet announcing her win Team USA noted that there is only one 50-meter pool in Jacoby’s entire home state of Alaska – where her family were seen cheering after she touched the wall.

Lydia Jacoby, of the United States, waves to the crowd after winning the final of the women’s 100-meter breaststroke at the 2020 Summer Olympics on Tuesday in Tokyo, Japan 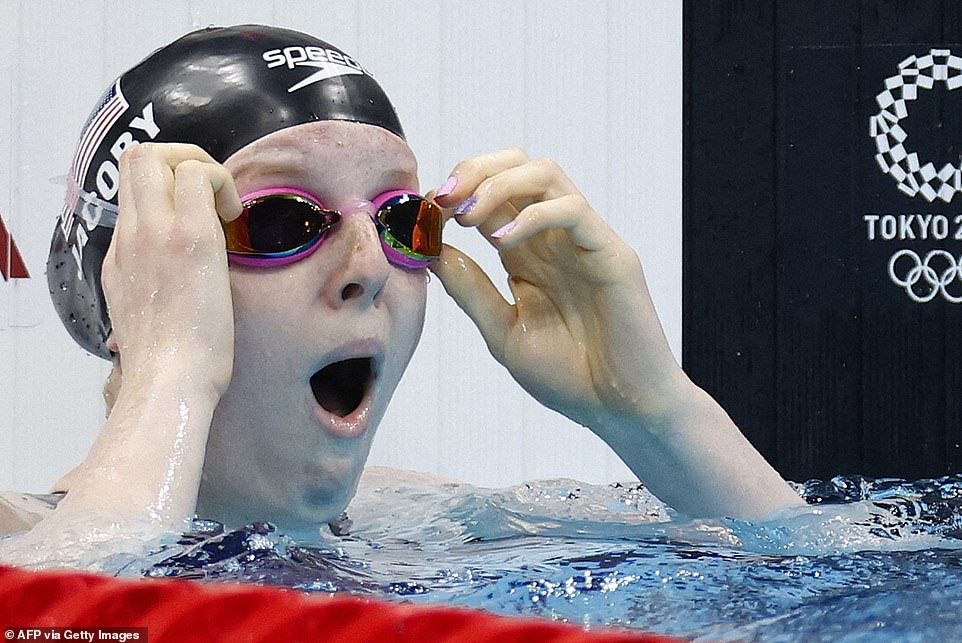 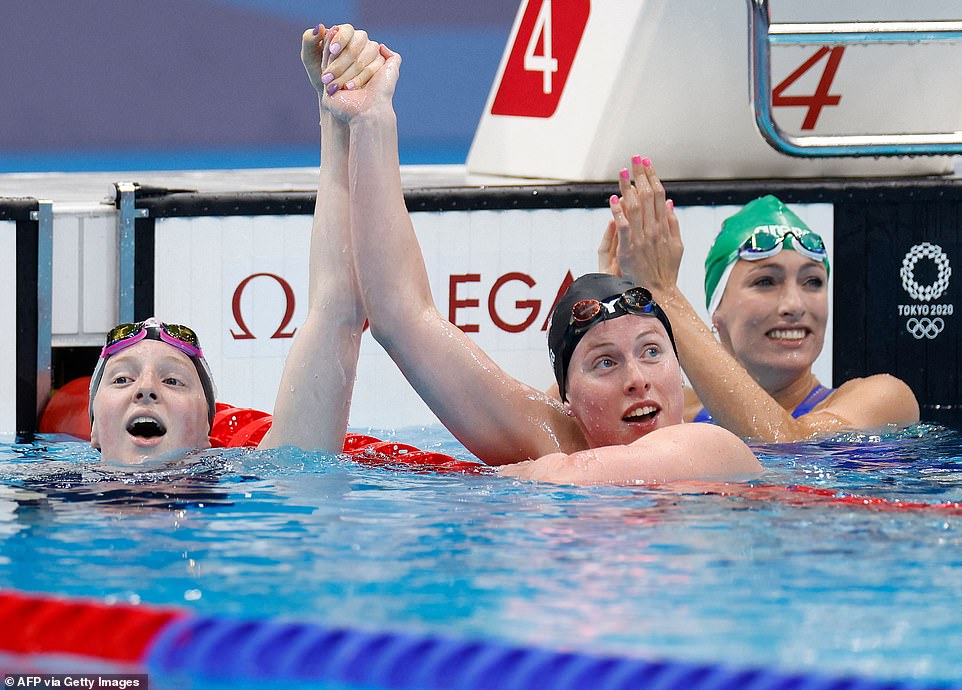 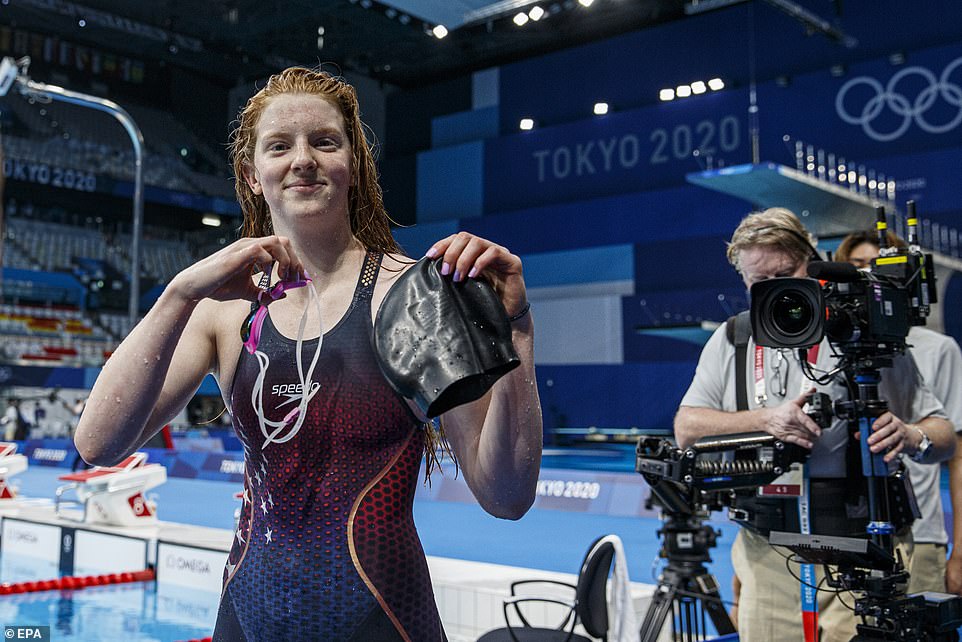 Jacoby was just over a quarter of a second faster than her South African rival and touched home in 1.04.95

Jacoby began swimming at age six with the Tsunami Swim Club in Seward.

He parents are both licensed boat captains. The family owns a small sail boat they use to explore the Resurrection Bay on the Kenai Peninsula of Alaska.

She took swimming lessons as a child because much of her family’s life is spent around water.

‘Most kids in Seward go through the swim team at some point, because living in a maritime community, it’s important. I really enjoyed it.

‘I had a big group of friends who did it. When I got a little older, I started winning, and I liked it and wanted to keep doing it, and here I am’ she said. 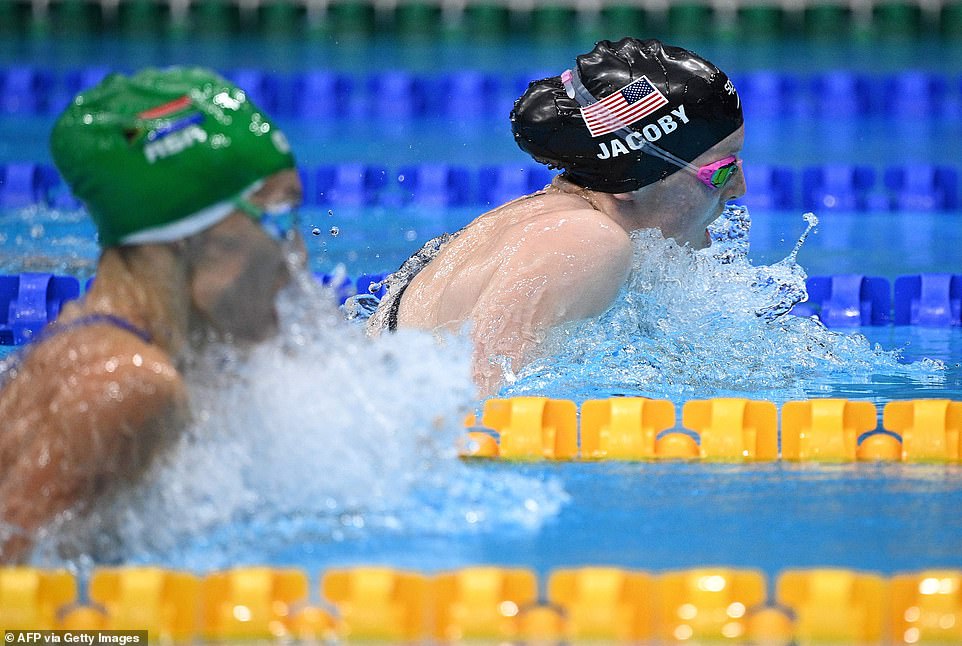 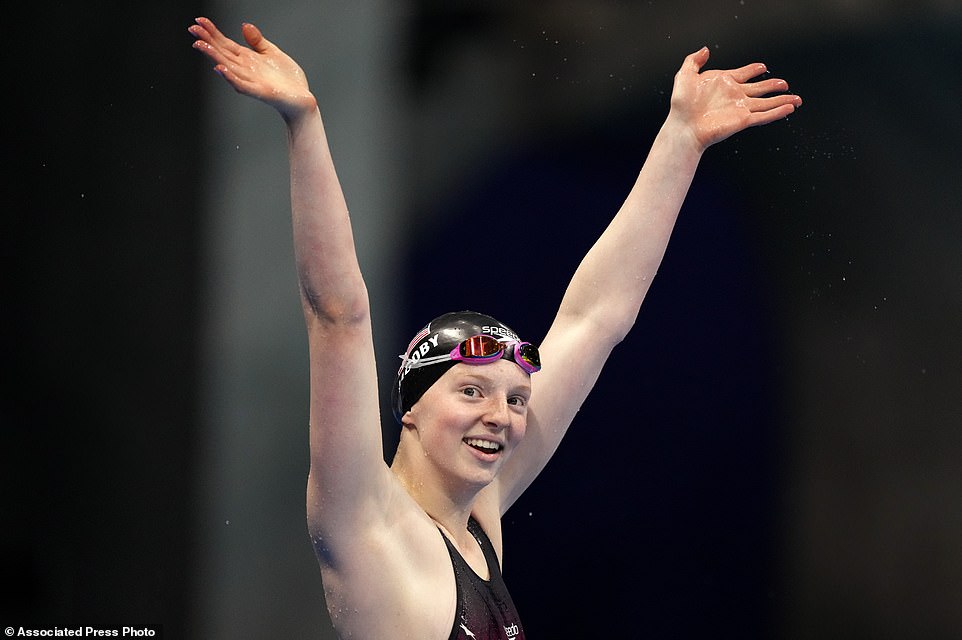 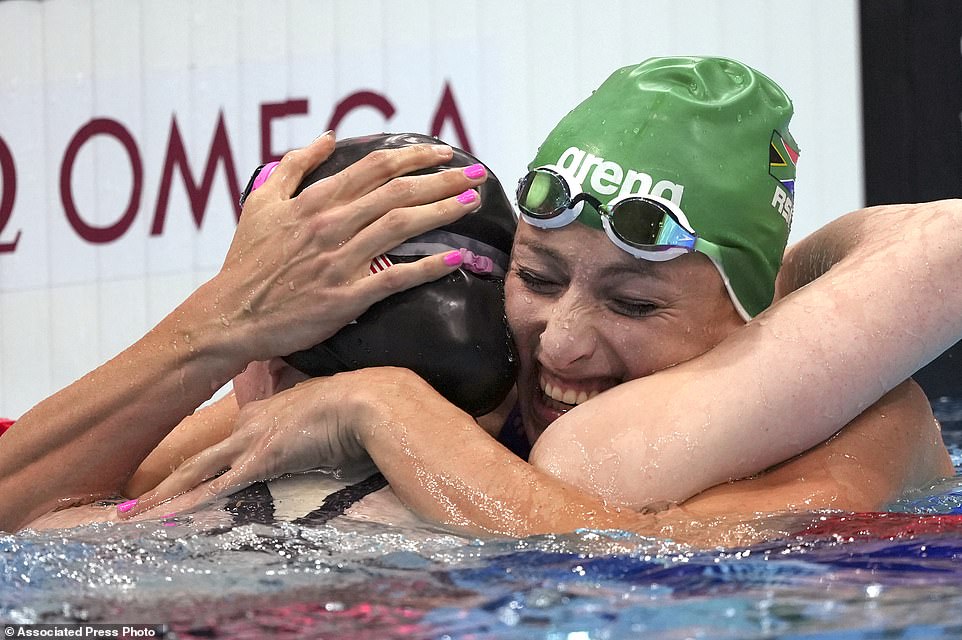 Jacoby’s stunning win salvaged what had been a disappointing morning for the American team.

The US had only managed a pair of bronze medals before the high schooler came through.

Jacoby was only third at the turn, trailing Schoenmaker and King. But, with her head bobbing furiously out of the water, the teenager surged past King and glided past the South African on the final two strokes to touch first.

Looking at the scoreboard with a bit of disbelief, the enormity of her accomplishment finally hit when Schoenmaker reached across the lane rope for a hug. Then it was King bounding over from two lanes away to congratulate America’s new breaststroke queen.

On the men’s side, the US team lost a backstroke race at the Olympics for the first time since 1992.

Russia swept the top two spots in the 100-meter back Tuesday, with Evgeny Rylov claiming the gold medal in 51.98 and teammate Kliment Kolesnikov taking the silver in 52.00.

Defending Olympic champion Ryan Murphy settled for the bronze in 52.19.

It was the first backstroke defeat for the US men at the Olympics since the Barcelona Games.

They won 12 straight golds at the last six Olympics, including Murphy’s sweep of the 100 and 200 back at the 2016 Rio Olympics. 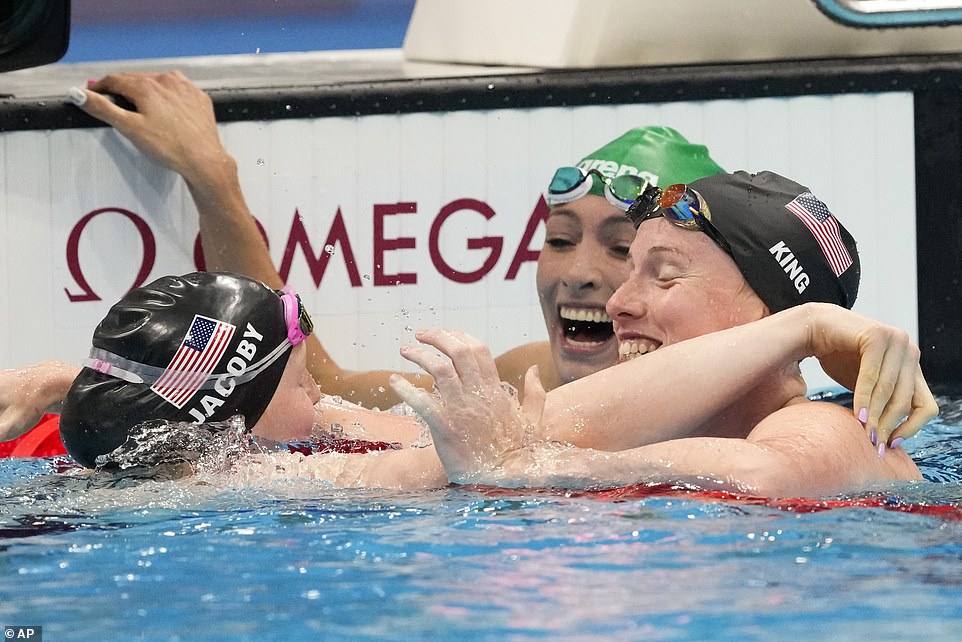 Jacoby (left) celebrates after winning the final of the women’s 100-meter breaststroke with Tatjana Schoenmaker, of South Africa, and Lilly King, of the United States