Florian Fuchs stole the show in the wind and rain as his hat-trick helped Germany bring Team GB’s 100 per cent start in the men’s hockey to an abrupt end.

Wins over Canada and South Africa had put GB in a commanding position in Pool B but this was a significant step up in class and it showed with the second half collapse, led by a Fuchs masterclass.

Phil Roper gave Team GB the lead with a fine finish into the bottom right corner by Roper as he approached the top of the D to cap a fine first quarter. 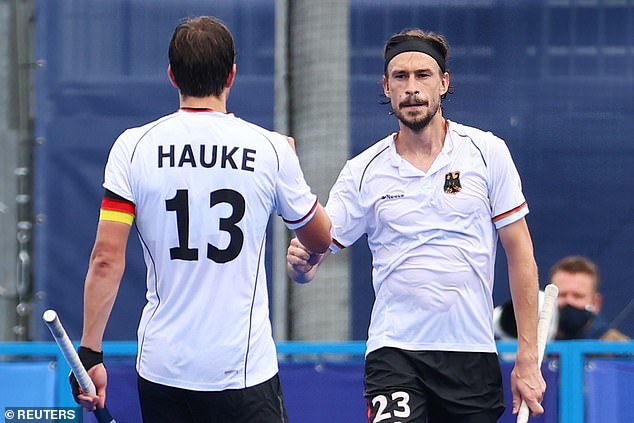 But it was all downhill from there as Germany equalised nine seconds before the end of the first quarter as Fuchs tapped home at the back post following a penalty corner.

Jan Ruhr then flicked an incredible effort over Ollie Payne and into the roof of the net as the Germans completed the turnaround.

Fuchs however was not denied his hat-trick, as a penalty corner saw him on hand again as GB were completely overwhelmed in their men’s Pool B fixture.

GB’s next pool fixture sees them face the Netherlands on Thursday before they come up against Belgium a day later.