Another in the bank! Team GB secures its fifth swimming medal of the Tokyo Olympics as Luke Greenbank claims bronze in the men’s 200m backstroke with Russia’s Evgeny Rylov setting a new record to win gold

By David Coverdale For Mailonline

Luke Greenbank won Great Britain’s fifth swimming medal of these glorious Games with a bronze in the 200metres backstroke.

USA’s Ryan Murphy was third in a repeat of the top three at the 2019 World Championships.

Greenbank has not cut his hair for two years because his long locks have coincided with a turnaround in his swimming fortunes.

And the rising star, who trains under Adam Peaty’s coach Mel Marshall, is not likely to have a trim now after adding an Olympic medal to his ever-growing collection. 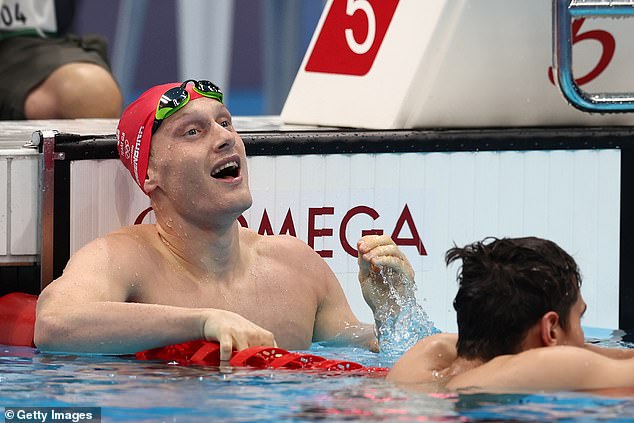