By Rob Draper for The Mail on Sunday

Legendary Leeds defender Terry Cooper, part of the 1969 title-winning team and winner of 20 England caps, has died at the age of 77, the club revealed on Saturday night.

‘Leeds United is devastated to learn of the passing of Terry Cooper,’ said a statement released by Leeds United.

‘Our thoughts are with Terry’s family and friends at this difficult time.’

The left back, who drew praise from Pele at the 1970 World Cup finals, where his marauding runs into attack were a forerunner of the modern full back role, also scored the only goal of the 1968 League Cup final, which kicked started the Don Revie glory years at Leeds.

He was then key member of the iconic 1968-69 title winning team and also won the UEFA Fairs’ Cup twice, the initial incarnation of today’s Europa League. 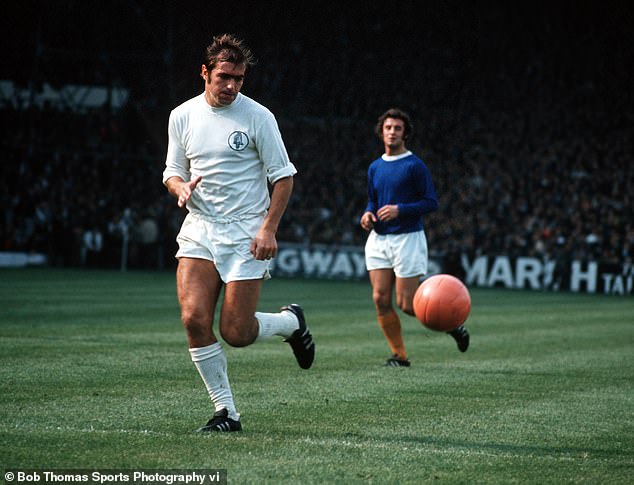 He had turned up at the club on spec as teenager whilst playing for Ferrybridge Amateurs, asked for a trial and earned himself a contract.

Revie famously cited Cooper’s greatest-ever match as the 1971 Fairs’ Cup final against Juventus, with his forward runs crucial in disrupting the Italian giants game plan, with Leeds winning on away goals.

But a horrific leg fracture in April 1972 in a 3-0 win at Stoke robbed Cooper of two years of his career and an FA Cup winners’ medal that year.

At just 27, his athleticism was diminished and he moved on to Middlesbrough in 1975.

He managed at both Bristol City and Rovers, Exeter City and Birmingham City.