On the pitch after the final whistle, Alun Wyn Jones gathered his beaten teammates in a huddle and made it clear that heads could roll.

For the misfiring touring side, it will be an anxious wait until Warren Gatland names his team for the series decider.

Changes seem inevitable. Jones’ message was that, whatever happens in selection, it remains a squad effort to snatch the series win. 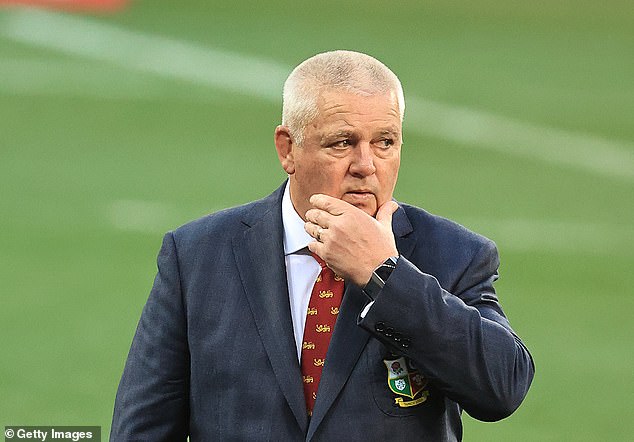 But unless the management decide to offer all of last night’s players a generous shot at redemption, some of those players may have had their last outing in the famous red jersey.

‘We’ll spend the next couple of days reviewing the game and thinking about the best 23 to put out,’ said Gatland. ‘Whether that’s some fresh faces who haven’t been involved in the first two games, we have got lots of options of guys who could give us some energy.

‘It’s very early on. It’s about making sure we do a proper review of the game, look at individuals and ask if we need to make some changes.

‘I was happy with the first-half performance. There are a number of players who will come into contention — or do we give the same team a chance to redeem themselves? Those conversations will happen in a couple of days.’ 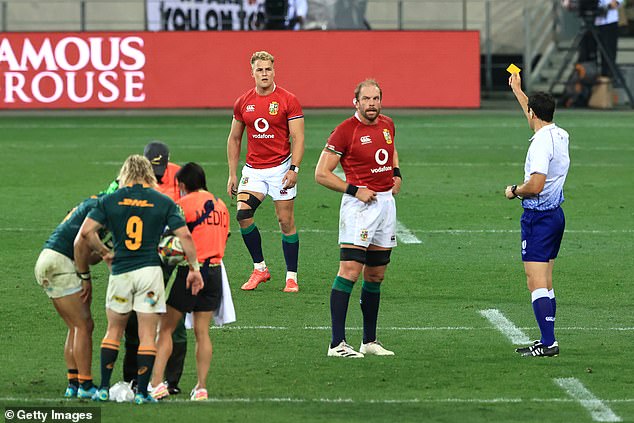 It was a night to forget for the Lions’ back-three of full back and wingers. Liam Williams has been waiting patiently in the wings, while Josh Adams must be feeling miffed that his eight tries in the warm-up games have not been rewarded with a Test cap.

Their time could well come next week, with Stuart Hogg and Duhan van der Merwe among the players sweating over retaining their place. In contrast, the Springboks will roll into the decider with a winning feeling.

The Bomb Squad is back in business and the Lions must find a way to stop their power. In the midfield, Bundee Aki could come in to beef up the middle of the Lions backline.

Jack Conan’s time could be up at No 8. Taulupe Faletau has proven in the past that he is a big-game performer, so it could be time for the Welshman to make his anticipated return to the starting XV. And what about Finn Russell, the magician playmaker? 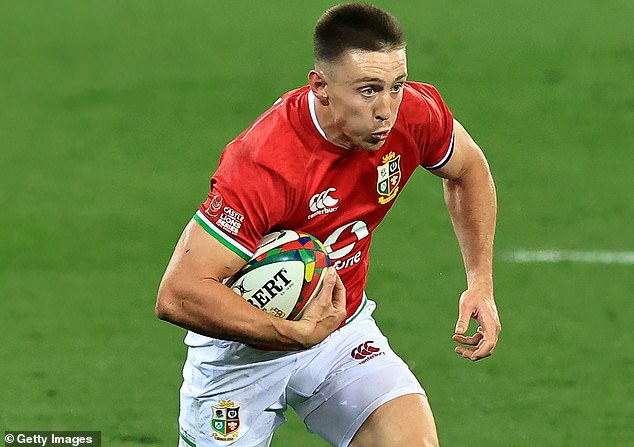 If the Lions can hold their own for 40 minutes again, like they did last night, the Scottish wizard could be the man to come off the bench to produce a match-winning moment that decides the series from stand off.

The Lions need a spark and, given last night’s evidence, they may well need to dip into their reserves to find it at this stage of the tour.

‘The players are very disappointed but next Saturday is a Cup final and that is how we have to look at it and prepare,’ added Gatland as he considered his options.

‘There’s a few things we’ve got to tidy up in terms of our game but it’s one-all and South Africa put a huge amount of emotion into that effort, so we have got that chance next week to hopefully tidy the series up.’