Silver does not suit Adam Peaty. The medal hanging around his neck as he spoke on the final day of action at the Tokyo Aquatics Centre would be a prized possession for most.

For a champion like Peaty, though, second place is never enough. Nor is it now enough for the rest of this record-breaking British team, in what is a significant shift in attitude from Games gone by.

Take Duncan Scott. He became the first Team GB athlete to win four medals at a single Olympics on Sunday and yet could not hide his disappointment at narrowly missing out on two individual titles and a world record. 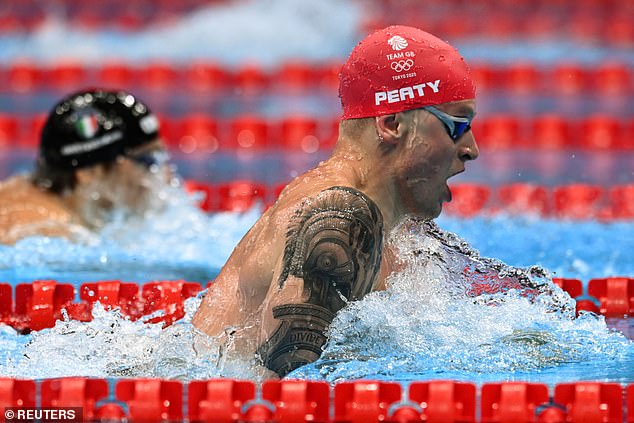 Adam Peaty helped GB to eight medals, with four golds as they stride forwards as contenders

Or look at James Guy, the winner of two relays earlier in the week, who described the silver in the men’s 4x100metres medley as ‘upsetting’.

As for Peaty, who was hoping to become just the fourth Brit to win three golds at one Games after Sir Chris Hoy, Jason Kenny and 1908 swimmer Henry Taylor?

‘I felt the pain of what it is like coming second and I don’t like it at all,’ he said.

The rest of the world has been put on watch. And that includes the USA and Australia, the only nations to finish above Britain in the swimming medal table. Peaty added: ‘Ten years ago we were happy making finals. We aren’t happy making finals any more. That’s the culture that is different now and that’s part of our success. 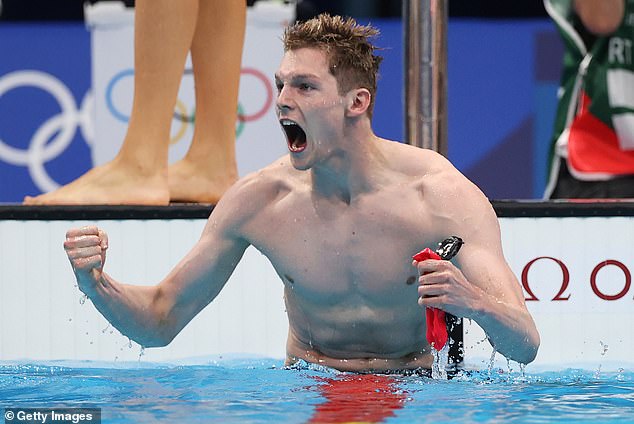 ‘How do you do that when there is such depth and such a strong team in America? That’s going to be the golden question over the next three years. By the time Paris comes around, we are going to develop as a team. I think a lot of teams are going to look at us.

‘I’m incredibly proud to be part of this team — it’s history-making.’

Indeed it is, with Team GB taking home four golds, three silvers and a bronze from Tokyo, eclipsing their previous best haul of seven at London 1908. The last time the Games were held in London was less successful. The mere three medals they won eight years ago led to an overhaul of the leadership team at British Swimming.

In came Australian Chris Spice, who was the RFU’s performance director when England won the World Cup in 2003, and Bill Furniss, the former coach of double Olympic champion Rebecca Adlington. Together they have dramatically transformed the country’s fortunes in the pool.

‘We are very hard on them but we are also very caring,’ said Furniss when asked how their coaching approach differed to other sports, most notably rowing, where former coach Jurgen Grobler was last week accused of ‘destroying the souls’ of athletes.

‘We try to push people to their absolute limit but it is possible to do that in the right way. It is tough love.’ 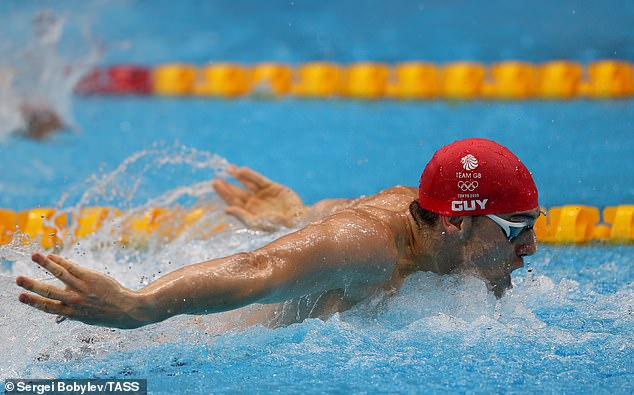 That tough love has clearly been welcomed by the British team, including Guy, who is better placed than anyone to talk about the change of culture having been on the team since 2013.

‘When I made my first senior team at the World Championships, every day we’d have a team meeting and we’d clap for people if they’d made a final,’ said the 25-year-old. ‘Now I’m thinking we’ve got second and we’re upset. Things have moved on big time.’

Another sign of how things have moved on were the comments of USA superstar Caeleb Dressel, who said it was their rivalry with Team GB that spurred them on to break the world record in the men’s medley relay yesterday.

Britain are the world champions in the event but they were down in seventh after the opening leg by Luke Greenbank, the 200m backstroke bronze medallist. Peaty, though, swam the fastest breaststroke split in history — 56.63sec — to give the quartet a lead. ‘Whoa, that’s pretty good!’ said a taken aback Dressel when told of Peaty’s time.

It was then Dressel who had the task of chasing down Britain’s Guy on the third leg and he did so with the fastest butterfly split of all time. On the freestyle, American Zach Apple was able to hold off Scott, as Team GB finished just 0.73sec behind the USA’s 3min 26.78sec with their own new European record. 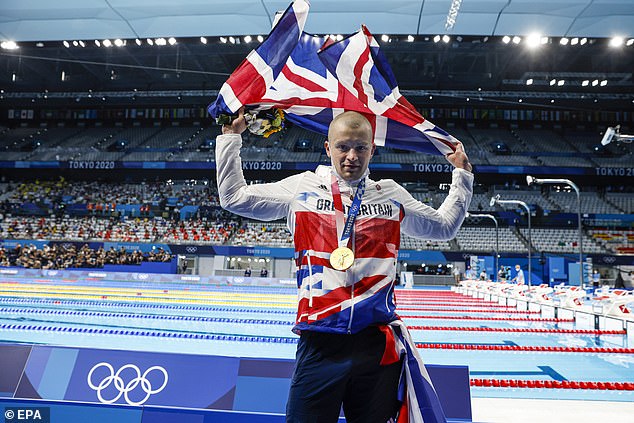 The British team’s superb performance bodes well for the future, with Paris in just three years

For Scott, it was also a British-best fourth medal from one Games, the silver going with those of the same colour he had won in the 200m freestyle and 200m medley, as well as his gold in the 4x200m relay.

Yet the shy Scottish swimmer could not comprehend the scale of what he had just achieved. ‘I don’t quite know the magnitude of four medals yet,’ the 24-year-old admitted. ‘It’s probably not properly sunk in.’

Instead, it was left to Peaty to talk up the milestone of his mate.

‘I don’t think he understands,’ said Peaty. ‘He’s just an incredible athlete. I hope he gets the respect and recognition he deserves back home. He is very inspiring.’