‘I’m not going to apologise for what I said… Hopefully Mr Parker will be there’: Pep Guardiola refuses to back down on jibes at City fans – and calls out supporters’ club chief who told him ‘stick to football’

Pep Guardiola refused to apologise for his comments about Manchester City’s support in midweek.

The City manager invited the club’s fans to turn up in their droves for Saturday’s clash with Southampton after recording a 6-3 victory over RB Leipzig in front of 38,062 at the Etihad Stadium.

Kevin Parker, general secretary of City’s supporters’ club, criticised Guardiola for being out of touch but the Catalan stood his ground. 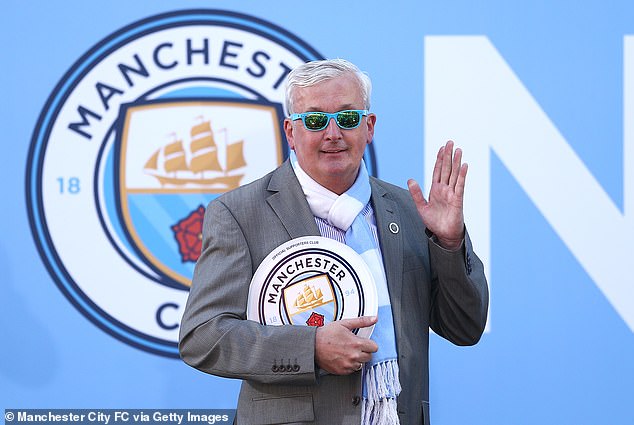 Kevin Parker, general secretary of City’s supporters’ club, criticised Guardiola for being out of touch but the Catalan stood his ground

Guardiola addressed Parker, who has been a season ticket holder at the club since 1973, during his pre-match press conference.

‘Mr Parker should review the comments. I will not apologise,’ Guardiola said.

‘Did I say after the game that I was disappointed because the stadium was not full? Interpretation is interpretation. I’m not going to apologise. I am surprised at what has happened [since].

‘When you play in the Champions League it is so tough, knowing that Southampton have had all week to prepare. I make an approach to do something together again. 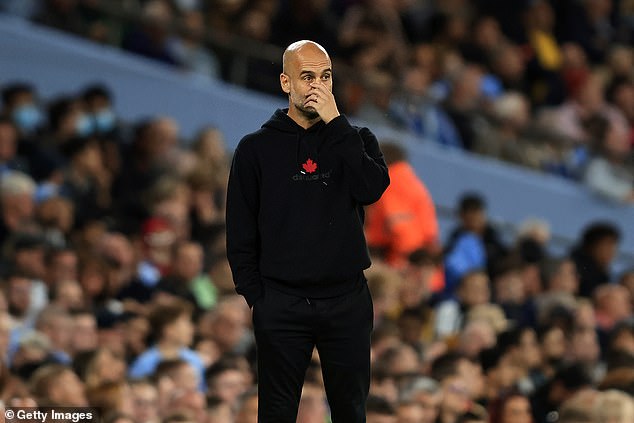 “I’d like more people to come on Saturday, we need the people.”

“I invite all our people to come Saturday, 3 pm, to watch the game.”

‘We need their support. I was incredibly grateful for the support we had. If you want to join us, we’ll be incredibly happy if you come.

‘I prefer to be with my people than without. If they don’t come then it’s perfect. If you want to come, then it’s a pleasure.

‘I’ve never had a problem with the fans. I am one of them. I try to do my best. I like to play in the Etihad with my fans. I know what my intention was.’

Guardiola also confirmed that both John Stones and Aymeric Laporte will remain sidelined this weekend. 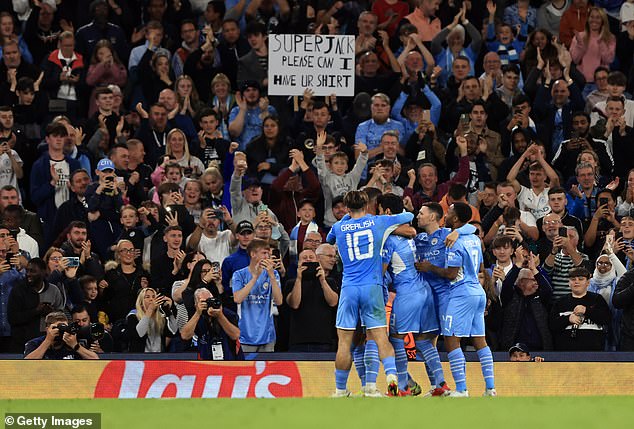 There were around 17,000 empty seats for City’s Champions League win against RB Leipzig

The defensive pair missed Wednesday’s win in the Champions League after picking up issues during the international break. Guardiola is unsure whether they will be available for the trip to Chelsea next week.

‘John didn’t play for us then played 90 minutes with the national team and came back injured,’ Guardiola added. ‘Laporte came back with some disturbing niggles. He wanted to play at Leicester but the niggles were higher. Both are not able to play.’

‘If he didn’t take the money and bought tickets for kids, that would fill the stadium if he’s that bothered about it. Does he think people will buy tickets for Saturday because of what he said?

‘Pep should know it will only be used negatively towards a very loyal fanbase. It plays into the hands of rival supporters who have a go about the “Empty-had”. 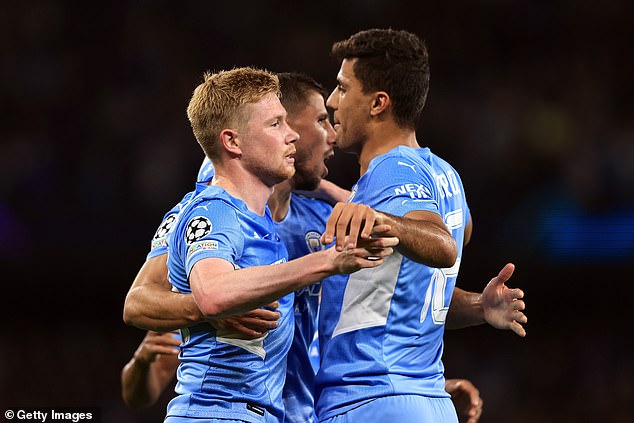 ‘Roy Keane had a go at the prawn sandwich brigade at United a few years ago and City fans have been singing about it ever since.

‘I was disappointed when I heard what Pep said. It was a bit uncalled for and I don’t see why he’d divert attention from the performance. I want him to be our coach, he’s the best in the world. Maybe he should stick to that.

‘It’s like the comments recently about whether he stays or leaves. He doesn’t need to do it. I don’t want to hear Pep talking about what he’ll do if he leaves City. Don’t have that conversation while you’re at the club.’

Explaining the empty seats, Parker added: ‘It’s not a reflection on Pep or the team. We’re scoring goals for fun and playing some of the best football in Europe.

‘But there’s not a bottomless pit of money. These games have a financial impact on fans — people have been on furlough and don’t have as much money. These group stages can be a bit boring and Leipzig only brought 100 fans.’