Alexandre Lacazette has not yet been offered a new deal despite his contract at Arsenal expiring next summer.

The 30-year-old Frenchman has made just two substitute appearances so far this season, including the Gunners’ 6-0 drubbing of West Brom in the EFL Cup, in which Lacazette found the back of the net.

There has been some doubt over his future at the club, though Mikel Arteta this week denied claims that the striker was not part of his first-team plans.

ESPN though have reported that Lacazette has not yet had an offer to consider over extending his stay at the Emirates.

It’s said that no discussions are active, with Arsenal choosing instead to focus their financial resources on other areas of the team.

Arsenal were one of the highest spenders in the summer paying around £140million on six new signings including Ben White from Brighton and Martin Odegaard from Real Madrid. 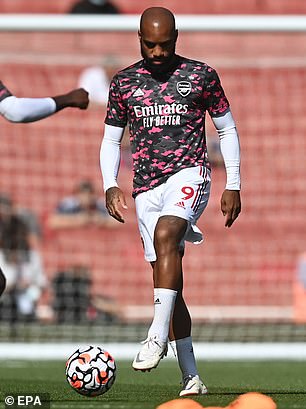 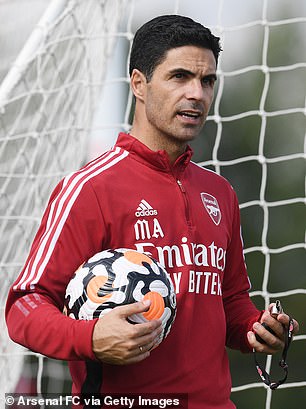 The club also tied down the futures of key young players including Emile Smith Rowe and Kieran Tierney.

Arsenal had been linked with a move for Tammy Abraham during the summer transfer window before he left Chelsea for Roma, with the British striker seen as a potential replacement for Lacazette.

Despite not yet starting in the league this season, Arteta said in a press conference ahead of the game against Burnley that the Frenchman is ‘fully involved’ with his plans.

He added: ‘You give the reasons why he hasn’t played more minutes and he will be back to the form that he can achieve. I am sure that he will be instrumental in our success.’ 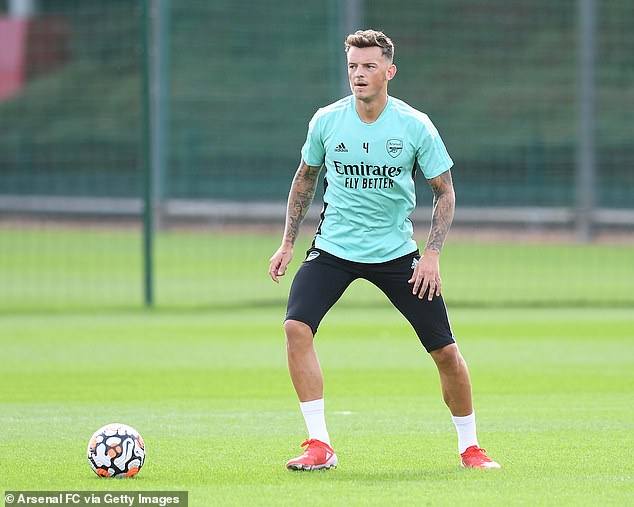 Arsenal focused their resources on signing new players, such as £50m defender Ben White (pictured) and tying young players to fresh contracts over the summer

Arsenal currently sit 17th in the Premier League standings with one win and three defeats in their opening four games.

If Arsenal don’t tie the Frenchman down to a new contract, he will be free to talk to clubs overseas as of January 1 over a move next summer.

It’s said that Atletico Madrid have a longstanding interest in the striker while both Juventus and Sevilla are also monitoring the situation.

Lacazette joined Arsenal from Lyon for what then was a club record £46.5m fee.

Since then he has scored 66 goals in 172 appearances across all competitions and won the FA Cup with the Gunners back in 2020.