Pep won’t be best pleased! Empty seats are visible at the Etihad despite manager Guardiola’s plea for more fans to come to Man City’s clash with Southampton after thousands stayed away from Leipzig win

Empty seats were visible at the Etihad Stadium on Saturday despite Pep Guardiola’s plea for more Manchester City supporters to attend.

Guardiola had made clear that he wanted more fans to watch the game against Southampton after around 17,000 stayed away for the Champions League win against RB Leipzig. 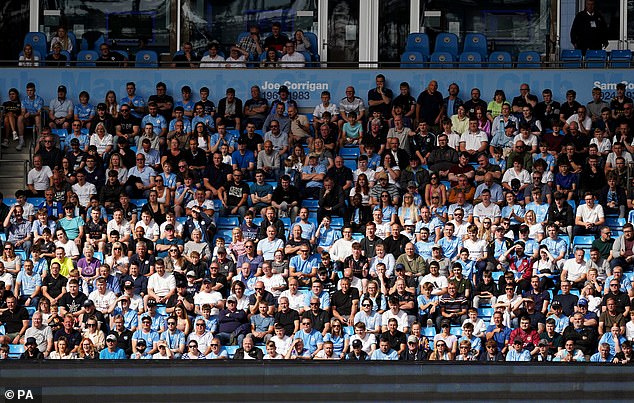 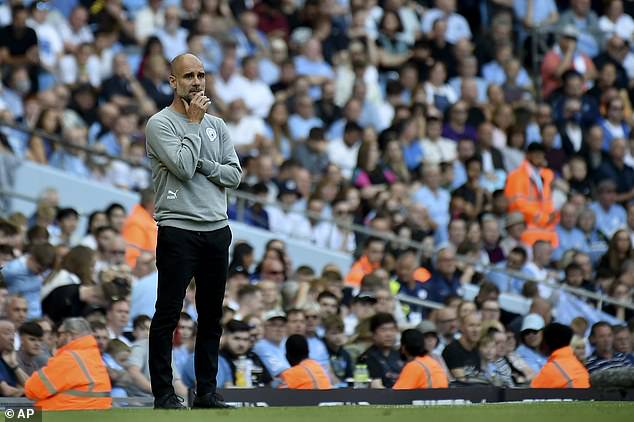 Guardiola dismissed claims from Kevin Parker, the general secretary of Manchester City’s official supporters’ group, who said he was ‘out of touch’

However, Guardiola responded by saying: ‘Mr Parker should review the comments,’ Guardiola said.

‘I will not apologise to him, absolutely not. I’m not going to apologise for what I said. I love this club, I am part of this club, otherwise I would not be in my sixth season here.

‘That is why I am so upset and grumpy and disappointed this guy pretends to tell me what I have to say and do. I know exactly what my intentions were. When people are not happy with me, I will leave. If I’m a problem with the fans, I’ll step aside.

‘We need everybody together, our players and supporters, to do our best. I know our fans will be there to support us tomorrow and hopefully Mr Parker can come to watch us.’ 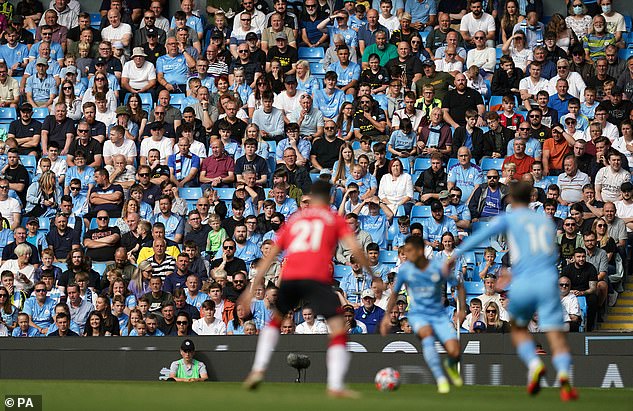 Guardiola was frustrated after around 17,000 fans stayed away for the game against RB Leipzig

After the victory against RB Leipzig, which was attended by 38,062 fans, Guardiola said: ‘The last three games we’ve played here we’ve scored 16 goals. I would like more people to come to the next game on Saturday.

‘We need the people, please, because we will be tired. I know the team from Ralph (Hasenhuttl) is quite similar, they way they play. They’re so dangerous and it’s a really important game. So I invite all our people to come next Saturday at 3pm to watch.’

In the Premier League City have the sixth-largest average attendance, but that goes down significantly for Champions League games.