By Lewis Steele For The Daily Mail

Just like last season, the records are tumbling for Norwich City. Now, though, it is for all the wrong reasons.

Daniel Farke’s Canaries breezed the Championship last term but now the perennial yo-yo club are back in the Premier League, staring down the barrel of an instant relegation.

Five losses to start the season and, including the end of their last top-flight season, it’s 15 Premier League defeats on the bounce. 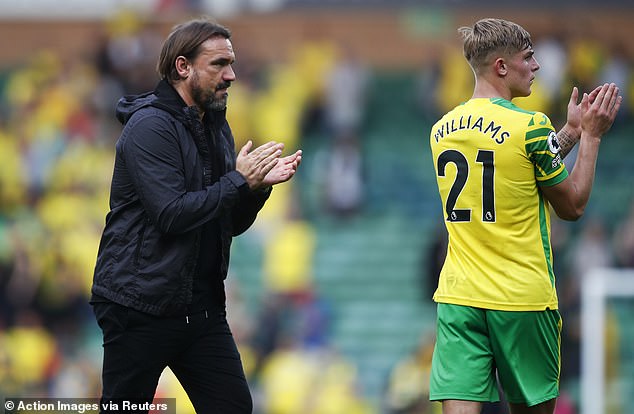 That is an English top-flight record for a single manager. And they are now the fifth team to lose their first five fixtures.

Of the previous four, two sides managed to stay up, most recently Crystal Palace in 2017-18, who sacked Frank De Boer after a nightmare seven straight losses.

It might be a false hope for Norwich. Without creator-in-chief Emi Buendia, now at Aston Villa, they look a team hapless in the final third. And early performances have been littered with defensive frailties.

‘We can’t feel sorry for ourselves, we must roll our sleeves up and work on this,’ said Farke after fellow promoted side Watford won comfortably at Carrow Road on Saturday, with an Ismaila Sarr double and a goal for Emmanuel Dennis.

Norwich will almost certainly stick by Farke, who recently managed his 200th game at the club.

His goal, set by director of football Stuart Webber, is to be in ‘the top 26 of English football’ — in the second-tier promotion spots at the very least.

They comfortably do that but taking the next step into the top 17 or so is tough for a well-run club which lives within its means, constantly producing and selling on stars for big money, Buendia the latest to go after recent sales of Ben Godfrey, James Maddison and Jamal Lewis.

In fairness, they have played three of the so-called ‘Big Six’ — as well as FA Cup winners Leicester — so far. 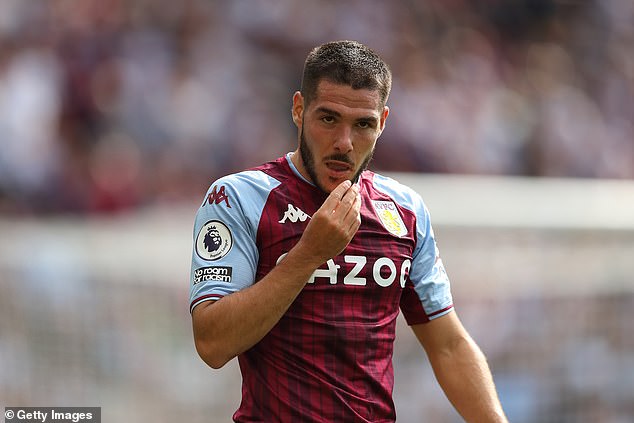 Without creator-in-chief Emi Buendia, now at Aston Villa, they look hapless in the final third

The Canaries are judged on matches against teams like Watford and on this occasion, Xisco Munoz’s team were far superior.

Unlike Norwich’s selling policy, Watford kept their star man Sarr and he settled this match, dazzling throughout. ‘Sarr was very good,’ said Xisco. ‘But the whole team matured and controlled the game. It’s perfect as it’s one step forward.’

As he uttered the adjective ‘perfect’, Spaniard Xisco revealed a cheeky smirk, proud of his ever-improving English. Maybe perfection was a step too far but after winning this early-season relegation six-pointer, Xisco and the Hornets are rightfully buzzing. 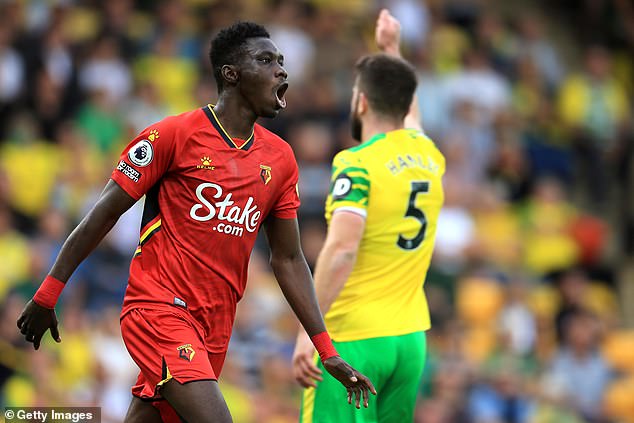