Despite being part of Lionel Messi’s Barcelona journey for just four of the 17 seasons he spent at the Nou Camp, there is no denying the impact that Pep Guardiola has had on the Argentine superstar’s career.

Guardiola, 50, kickstarted a new golden era for the Catalonians between 2008 and 2012, helped no end by the extraordinary exploits of the diminutive Argentine.

Messi’s 211 goals in 219 games propelled Guardiola’s Barcelona to a glut of trophies during his spell at the Nou Camp, including three LaLiga titles and two Champions League crowns.

Although Guardiola has added to his array of silverware with domestic trophies at Bayern Munich and Manchester City, he has endured a miserable 10-year drought without winning the Champions League.

Plenty of obstacles need to be cleared before winning European football’s most coveted prize, and surpassing Lionel Messi is almost a staple requirement for any Champions League hopeful.

The 34-year-old’s dramatic switch to Paris Saint Germain this summer has seen the difficulty of that challenge increase even further, with the Argentine teaming up with Neymar and Kylian Mbappe to form a formidable attacking trio for Mauricio Pochettino’s side. 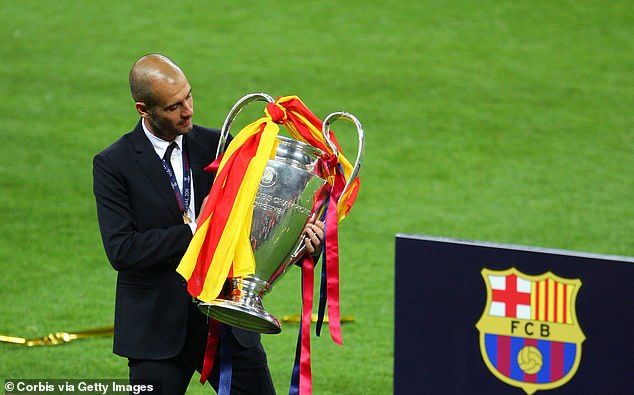 The Spanish giants won 14 trophies under Guardiola, with Messi scoring 211 goals in that spell 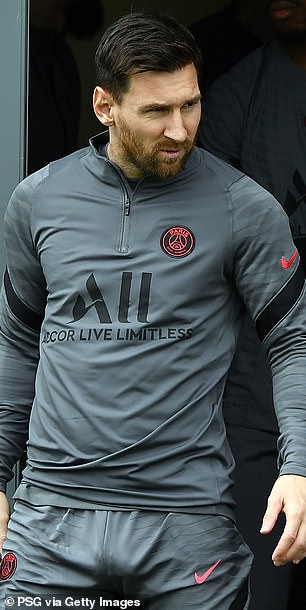 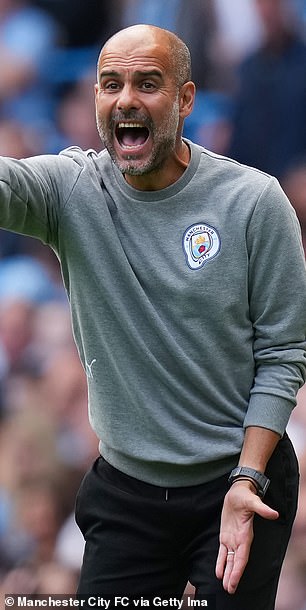 Now, Messi (left) and Guardiola (right) will meet for a fifth time as PSG take on Manchester City

Messi is currently contending with a knee issue, although Pochettino has confirmed the star will be in his squad for Tuesday’s game. While Messi’s absence would be a boost for City, Guardiola said he wants to come up against his former student.

‘His career is exceptional. Hopefully tomorrow he can play for the benefit of the game,’ the City boss said.

If Guardiola’s history of coming up against Messi is anything to go by, he may come to rue that wish. For all of the plaudits Guardiola has achieved throughout his career, he has largely struggled to contain Messi while in the opposition dugout.

The pair first came head to head in the 2015-16 Champions League semi final, in what would be Guardiola’s first return to the Nou Camp since his departure three years earlier. 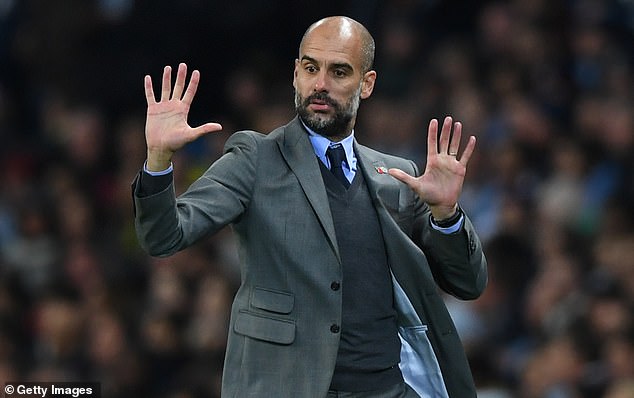 For 76 minutes, it appeared that the 50-year-old had devised the perfect game plan to thwart the attacking triumvirate of Messi, Neymar and Luis Suarez, who had combined for 108 goals before the first leg in Barcelona.

Yet in the space of three devastating minutes, Messi rose to the fore to serve a crippling blow to the Germans’ hopes of reaching the final.

Picking up the ball on the edge of the box, Messi cut onto his left foot before firing hard and low beyond Manuel Neuer at his near post.

Moments later, the 34-year-old produced one of his best goals ever scored in a Barcelona shirt, a strike that is remembered as one of the greatest in Champions League history.

Advancing into the penalty area in a one-v-one against Jerome Boateng, Messi shimmied to his right, causing the German defender to fall to the turf. With just Neuer to beat from a tight angle, the Argentine deftly chipped the ball over the towering keeper to send the Nou Camp into bedlam. 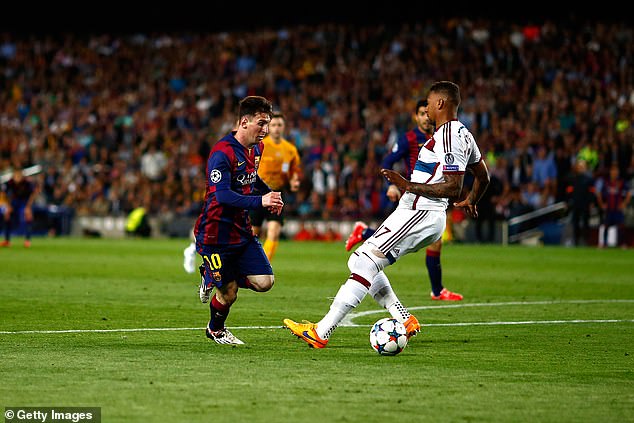 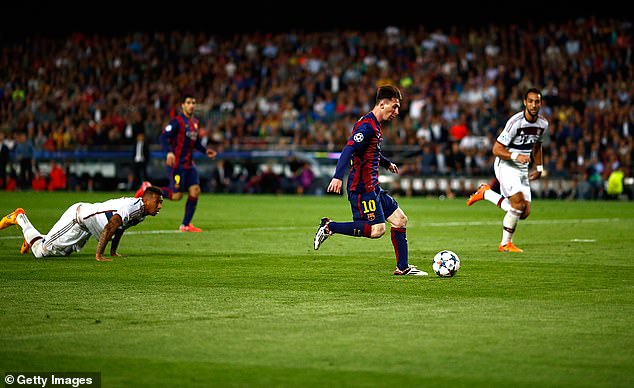 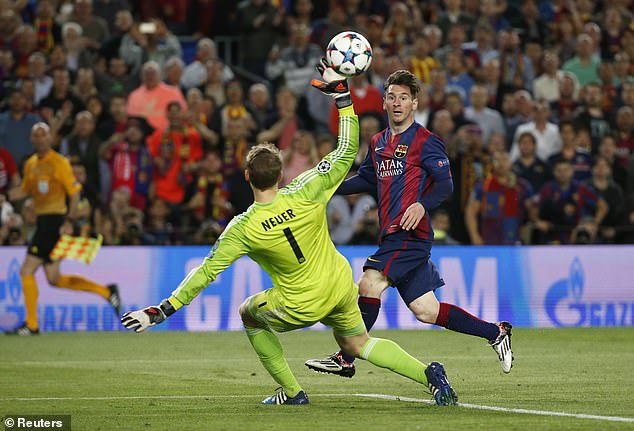 Neymar added a third towards the end of the game to all but send Luis Enrique’s side through to the final.

‘The result is a bit harsh. We wanted to control and play our own game,’ Guardiola said after the match. ‘Against Barca you can defend deep or play to control. Our control in the first half worked pretty well, especially in the final 15 minutes.

The return leg saw a fairly muted effort from Messi, with Neymar scoring twice in a 3-2 defeat. But the job was done and Barcelona went on to win the final against Juventus.

Just over one year later, Guardiola and Messi would meet again in the Champions League group stages, but this time the Catalonian would be hoping to mastermind a Manchester City win, having taken the helm in the summer of 2016. 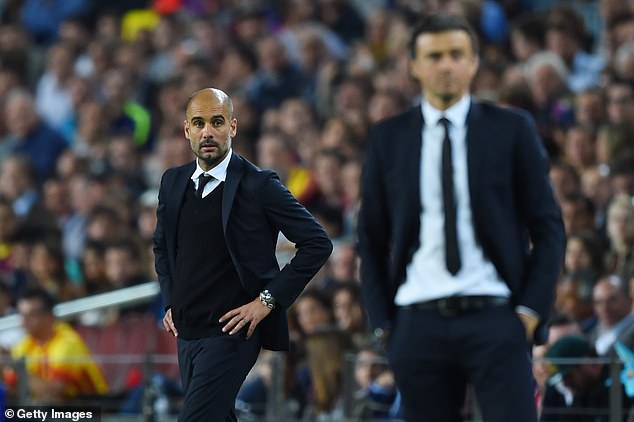 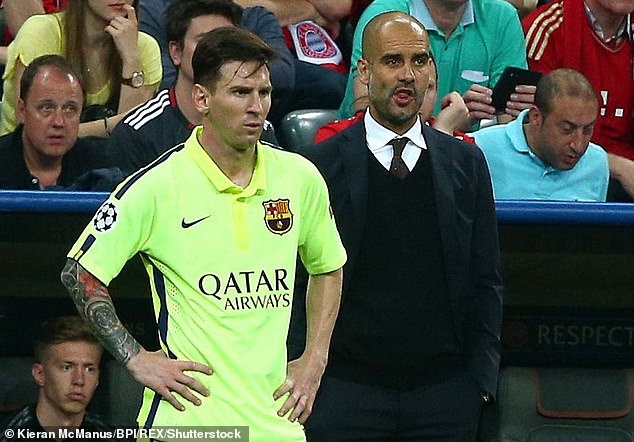 Messi was subdued during the second leg in Munich, but the job was already done by this point

But another chastening night in Barcelona served as an eye-opener for the seismic task at hand for Guardiola at City as Messi ran riot to bag a superb hat-trick.

When facing Messi, absolutely no freebies are allowed and Guardiola was left frustrated after the defensive pairing of Nicolas Otamendi and John Stones allowed a loose ball to go uncleared, with Messi pouncing to round Claudio Bravo to score the opener after 17 minutes.

Disaster struck early in the second half as Bravo was given his marching orders for handling the ball outside of his penalty area, and substitute keeper Willy Caballero was unable to keep out a thunderous Messi strike, reminiscent of his first goal against Bayern Munich.

Things went from bad to worse for City as a poor touch from Stones allowed Suarez to run through on goal, with the Uruguayan selflessly squaring to Messi to complete his hat-trick.

Messi’s night didn’t end there, though, as he won a penalty in the 86th minute, which Neymar missed. The Brazilian found the net two minutes later to round off a 4-0 win. 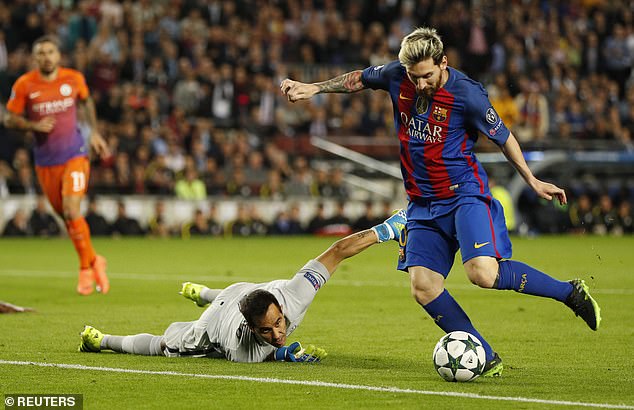 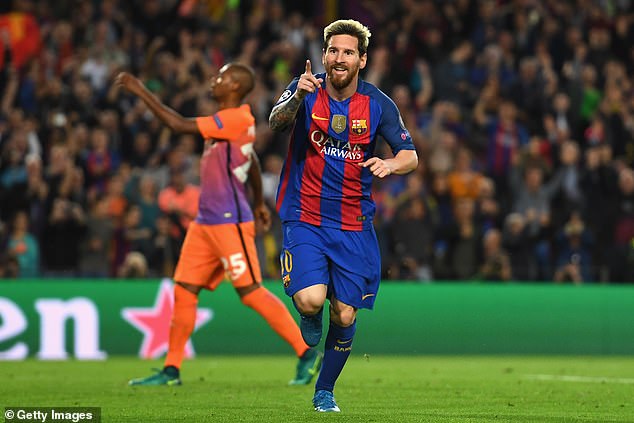 The Argentine, 34, bagged a hat trick as Barcelona swept aside 10-man City five years ago

‘It is hard to play Barca, but until we went down to ten players, it was open and we were competing against a team with a big personality,’ Guardiola reflected in the aftermath.

‘But after the red card, it was over. Every game since Celtic has been the same – we have had own goals, missed penalties and we need to change the way things have been going.

‘We created enough chances and arrived at the by-line many times – enough chances to score one or two goals. We know Barça and if you give their strikers an opportunity, they punish you.’

Three weeks later, Guardiola did not let slip of the opportunity to exact revenge on his former club in a seismic result for the Catalan and his new club.

After 27 minutes, City feared it would be deja vu as a defence-splitting pass from Neymar allowed Messi to coast in and dispatch beyond Caballero. 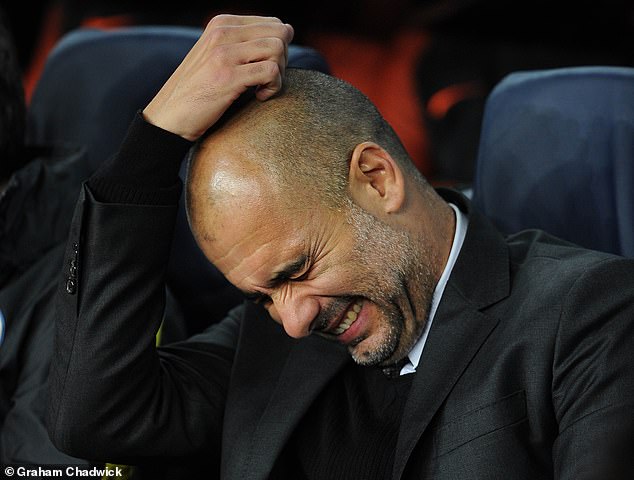 However, led by Ilkay Gundogan and Kevin de Bruyne, City rallied to complete a stunning turnaround at the Etihad.

Gundogan was in the right place at the right time to sweep home a Raheem Sterling cross to level, before De Bruyne found the top corner with a pinpoint free-kick just after the break.

The German midfielder wrapped up victory in the 75th minute in a confidence-boosting result for City. The English club had long courted Guardiola’s services in their bid to rise to the summit of European football, and this result sent out a strong signal that City were ready to mix it up with Europe’s finest.

‘They had an amazing 30 minutes, we had a lot of problems but our first goal helped us a lot,’ Guardiola said.

He got his revenge, as an Ilkay Gundogan brace gave City their first big win in Europe 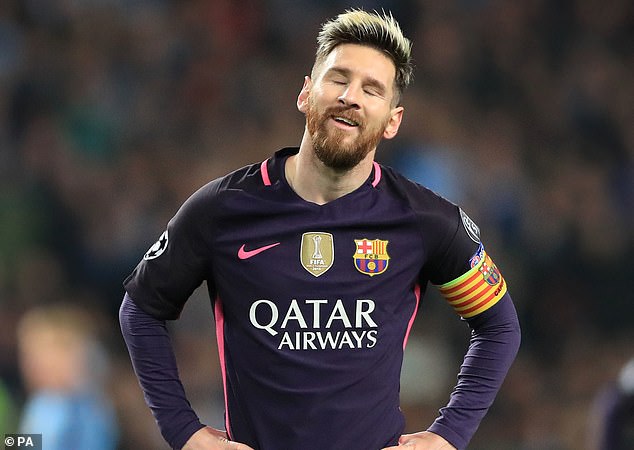 ‘In the second half we created a lot of counter attacks. I am so happy for the guys, it is the first time we have beaten the best team in the world.

‘Today is a good step. We play against a great team and we compete. Now they will realise: ‘Wow, we won against the best team’.’

Five years separate Guardiola’s last meeting with Messi and the European football landscape has shifted with City and PSG leading contenders to win the Champions League this season. The 50-year-old managed to stop the French giants last season, but the addition of Messi brings a whole new challenge altogether.

‘With this amount of quality I don’t know how to stop them, they’re so good,’ said Guardiola. ‘This amount of talent makes it so difficult.

‘They were a fantastic team last season. It was a tight game. And now they have Messi.’ 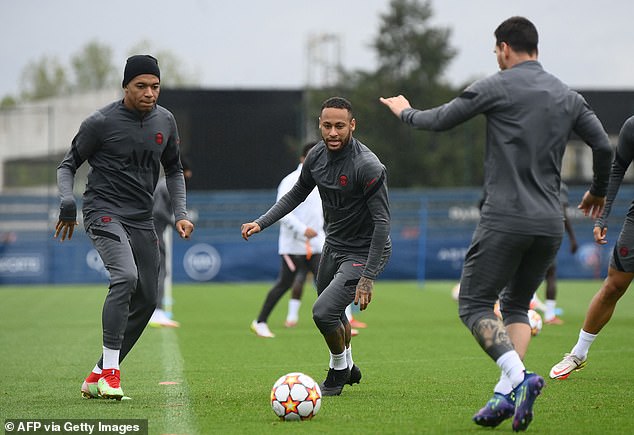