Arsenal ‘s Granit Xhaka will be out for at least three months after scans showed the midfielder picked up a ‘significant knee injury’ on Sunday.

The Swiss playmaker picked up the injury in the North London victory against Tottenham, with concerned team-mates surrounding the 29-year-old.

Having been seen in a brace on his right knee on Instagram on Tuesday, scans have revealed that Xhaka has picked up a significant injury to his medial knee ligament, with the club aiming to get him back to match fitness by January in a blow to Mikel Arteta’s plans. 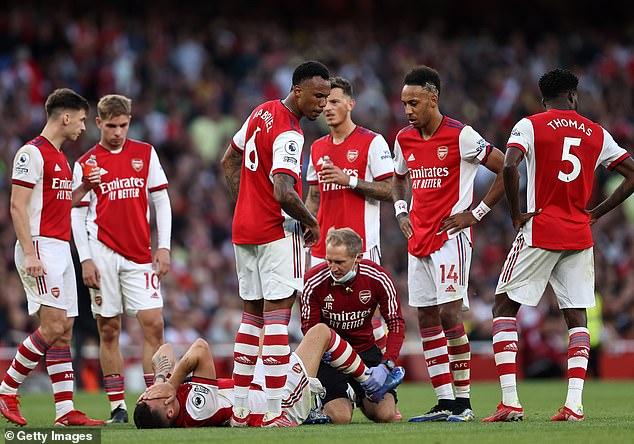 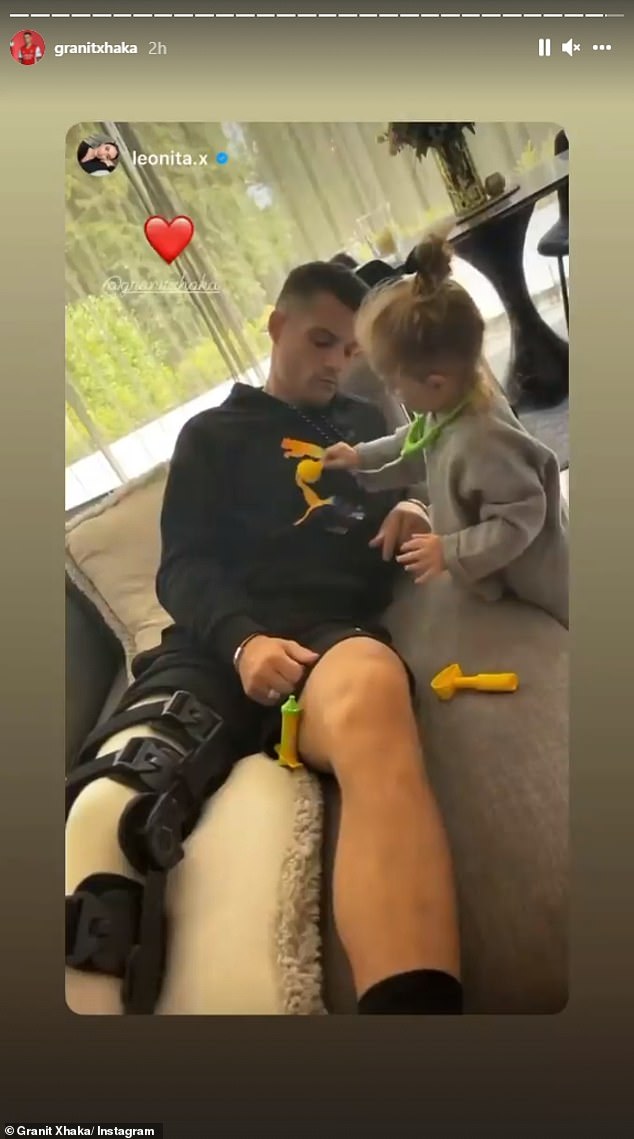 A club statement read: ‘Further to injuring his right knee during Sunday’s match against Tottenham Hotspur, assessments and scans have confirmed that Granit Xhaka suffered a significant injury to his medial knee ligament.

‘A specialist consultation took place in London on Tuesday evening which has determined that Granit does not require surgery.

‘Granit’s recovery and rehabilitation programme will start immediately and we are aiming for him to be back in action in approximately three months.

‘Everyone at the club will now be supporting and working hard with Granit to get him back on the pitch as soon as possible.’