Brazilian football legend Pele is set to leave hospital after recovering from an operation to remove a tumour from his colon, his daughter Kely revealed on Wednesday.

She did not say exactly when he would leave the Albert Einstein hospital in Sao Paulo but the Estado de Sao Paulo newspaper said his discharge would take place on Thursday.

‘Now that he’s stronger and leaving the hospital to continue recovering and treating himself at home, I’m going back home,’ Pele’s US-based daughter said on Instagram.

Pele will leave hospital having recovered from an operation, revealed his daughter (left)

Kely has used social media to post popular updates about her father during his almost month long-stay in hospital, including videos of his recovery.

The 80-year-old former Santos, Brazil and New York Cosmos player had the operation on September 4 after abnormalities were discovered during a routine medical.

He was in and out of the hospital’s Intensive Care Unit in the days after but has recovered well since entering a private room.

Pele, the only man to win three World Cup winner’s medals as a player, will turn 81 on October 23. 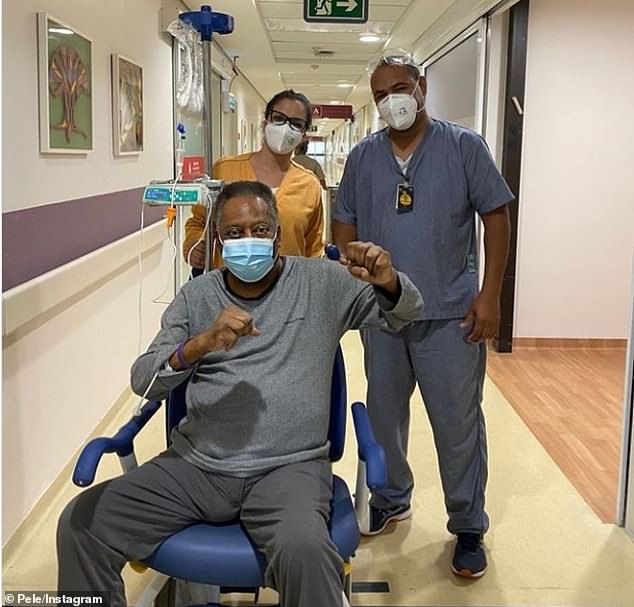 He has suffered a series of health issues over the last decade, particularly with his hip, and he cannot walk unaided.

His public appearances were already being cut before the COVID-19 pandemic and since then he has made few unnecessary forays outside his house near Santos.

The global icon appeared cheery in the videos posted by Kely and her sister Flavia, singing, playing cards and smiling for their cameras. 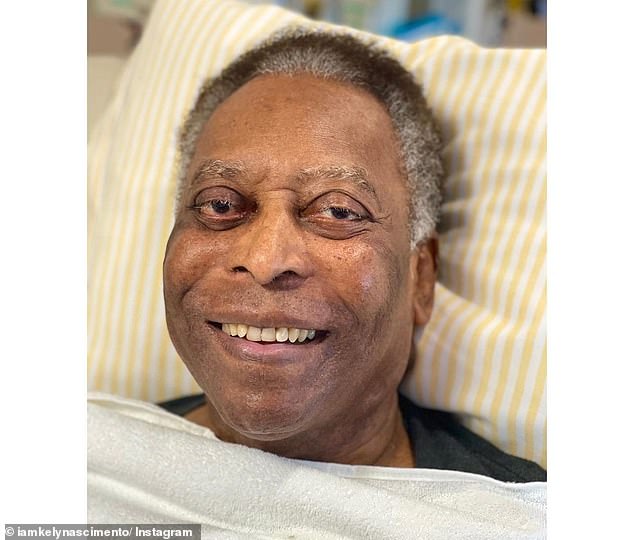 The Brazil legend was readmitted to intensive care just three days after leaving following an operation to remove a colon tumour, but says he is doing well despite a ‘little step back’