Juventus captain Giorgio Chiellini believes his Italy team-mate Jorginho should win the Ballon d’Or as the close friends face off in the Champions League on Wednesday night.

Jorginho, who won the Champions League with Chelsea and Euro 2020 with his country last season, was named UEFA Men’s Player of the Year earlier this month.

However, as the Blues continue their European defence, the Italian pair will face each other at the Juventus Stadium tonight yet Chiellini nonetheless spoke glowingly about Jorginho in a pre-match press conference. 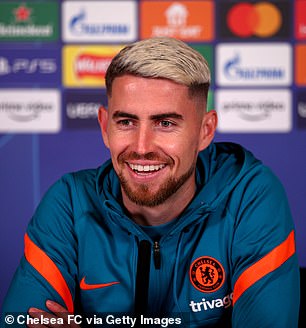 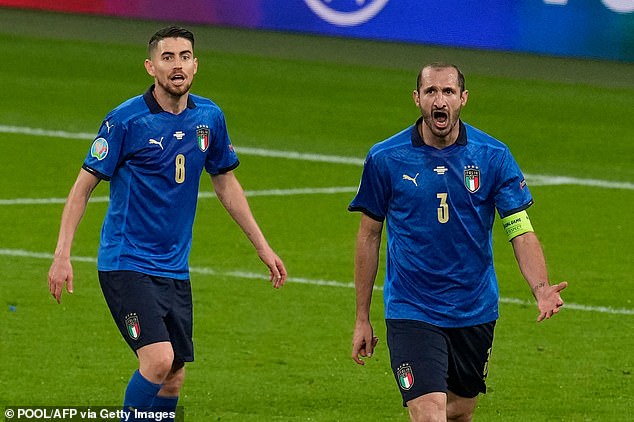 ‘I hope he’ll be able to win, he is a good friend of mine. It’s an award that would feel like it was mine.

‘He was involved in a win and emotions that will always be in our hearts. I’ve always thought he was a good player but after the first few training sessions, I realised how good he is, what a top player he is.

‘He has great technical qualities, but the real difference is in his head. Many said he was only able to play with Sarri, but everywhere he goes he is a regular starter. I really hope he will win the Ballon d’Or.’

Chiellini will come up against a familiar nemesis in Romelu Lukaku tonight, with the former Inter Milan forward having moved to the Blues for £98m in the summer.

The Belgian scored 30 goals in 44 games for Inter last season in a Serie A winning season but Chiellini insisted tonight’s clash would come down to more than just the pair’s battle. 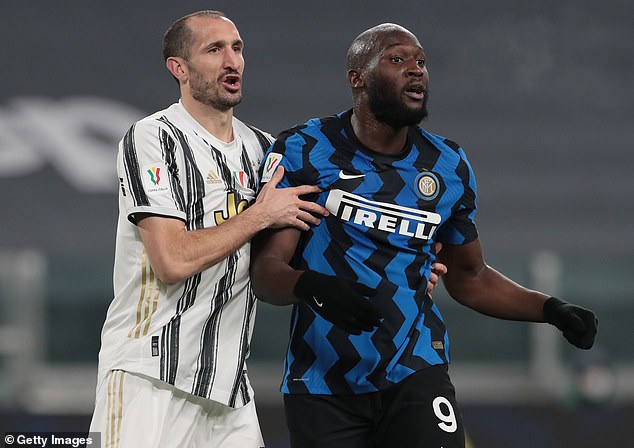 ‘Maybe it’s a little bit diminishing to only talk about me and Lukaku,’ he said. ‘We would be fortunate enough if we play a balanced game without conceding too many spaces to their midfielders and forward.

‘Lukaku is on top, he is a new signing that Chelsea have paid a lot for. He’s not there by chance.’