Massimiliano Allegri was unable to contain his frustration with Adrien Rabiot ahead of his Juventus side’s clash with Chelsea, blasting the midfielder for his ‘unacceptable’ goal return.

Rabiot, 26, has flattered to deceive since switching from Paris to Turin on a free transfer two years ago, scoring just six times in 89 appearances for the Old Lady.

Managers typically make criticism of their players a private, dressing room matter, yet Allegri spoke openly about his disappointment in Rabiot ahead of Juve’s crunch tie with the European champions tonight. 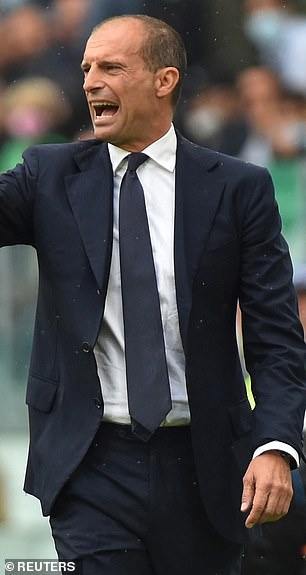 ‘Rabiot is available, his ankle is fine, so he’ll be available,’ Allegri said via Goal. ”If a big club like Juve chose these players there is a reason, the mentality makes the difference.

‘They must be very determined in attending the training sessions, scoring, defending, these elements make the difference. How many good technical players haven’t been able to explode in their careers?

‘If I was Rabiot I’d be very angry with myself, how many goals has he scored in two years here? Ten? It’s not acceptable, if I were him, I’d be very upset. 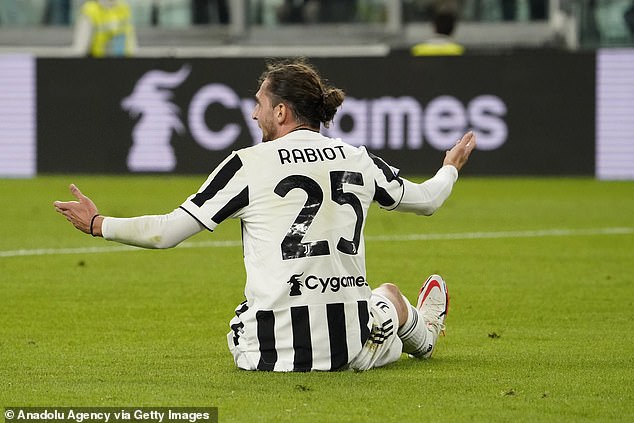 Rabiot, 26, has scored just six goals in his 89 appearances since switching from PSG in 2019 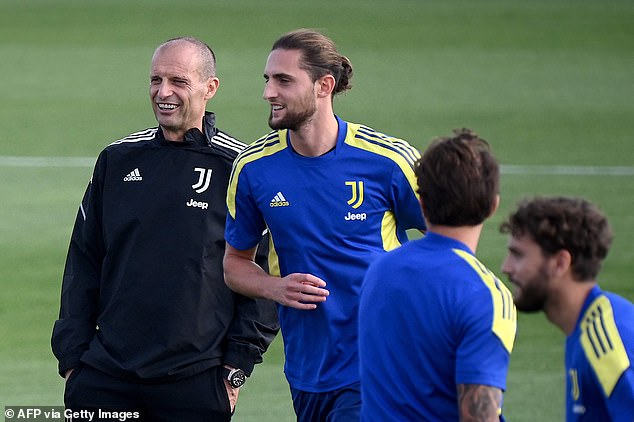 ‘He needs to improve all these things to get really better and I am sure he’ll be able to do it this year.’

In fact, Rabiot has made just 11 goal contributions for Juventus during his two-year stint with the Italian giants and has been unable to shore up their midfield, which has proved a weakness as Juve slipped to a fourth place finish last season.

Allegri was roped in following the sacking of Andrea Pirlo in the summer, with the 54-year-old tasked with bringing back the glory days of his first spell in charge of the club. 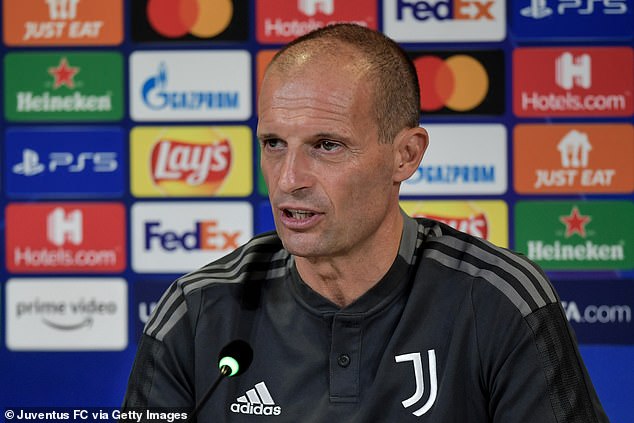 However, his second tenure has started slowly with just two wins from his first six league games, and Allegri admitted he has ‘confused ideas’ as he deliberates over his starting XI for tonight’s game.

‘I have confused ideas,’ he added when asked about his starting XI. ‘We had a good training session, apart from [Aaron] Ramsey everybody is available.

‘We need to play a very technical match, they are very solid, they’ve worked very hard, they are good in counterattacks and set-pieces.

‘We might concede goals, it could happen, we’ll have to start from the very beginning with a very good approach and play well on the pitch.’