PETE JENSON: Ansu Fati’s spectacular return and teenagers Pedri and Gavi have bought Ronald Koeman some breathing space at Barcelona… but he now faces a NIGHTMARE five matches to save his job

The Dutch coach’s ‘it is what it is’ line is going to follow him through this season. He said it after Barça were humbled by Bayern Munich in their first Champions League game, and he was more or less repeating it going into tonight’s meeting with Benfica.

Koeman was given a huge boost at the weekend when his team put in their best performance of the season so far to beat Levante 3-0 but he knows much tougher tasks are to come with the Portuguese side tonight, followed by champions Atletico Madrid at the weekend and Valencia, Dynamo Kiev and Real Madrid on the horizon after the break for the next round of internationals.

He also knows his best chance this season of confounding his own grim assessment of what the team can achieve in the near future lies in the club’s young players – it’s Koeman and the kids against the world.

The impact of Ansu Fati’s return at the weekend cannot be underestimated. All the stalls around the Nou Camp still sell the Barcelona No 10 shirt with Lionel Messi’s name on it but that will not be the case for much longer if Fati’s cameo performance at the weekend is a sign of things to come.

Barcelona fans are gradually getting over Messi. The ritual of chanting his name on 10 minutes of every game lasted just a week. It has now been replaced by the singing of ‘F**k PSG!’ at the 10 minute mark. 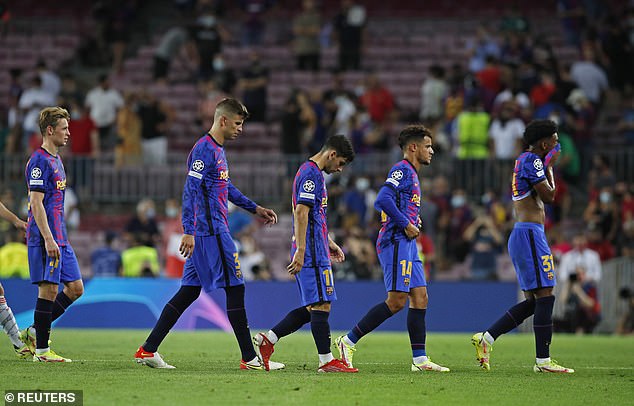 They want to look to the future instead of dwelling on the past and Fati’s performance against Levante gives them hope that they can do that.

He was brilliant, looking just like the player who broke records for youngest debut and goalscorer when he first broke into the first team two seasons ago. He almost won a penalty with his first contribution and scored with his second.

The sense that he has been touched by the angels in the same way that Messi was remains intact – only that sort of player comes back from 323 days out and makes that sort of spectacular return.

Koeman wants everyone to be patient with him.

He was careful not to tell Spain coach Luis Enrique not to pick him for the upcoming Nations League final four (he knows how difficult it is to be a national coach with club managers only looking out for their own interests) but he did remind everyone that he was only 15 minutes into his return to action.

The hope for Koeman is that after Fati took nine months to recover from an injury that usually keeps a player out for four months he can make up for lost time.

It remains something of a secret just how many operations he needed and where the blame, if there is any, needs to be apportioned. 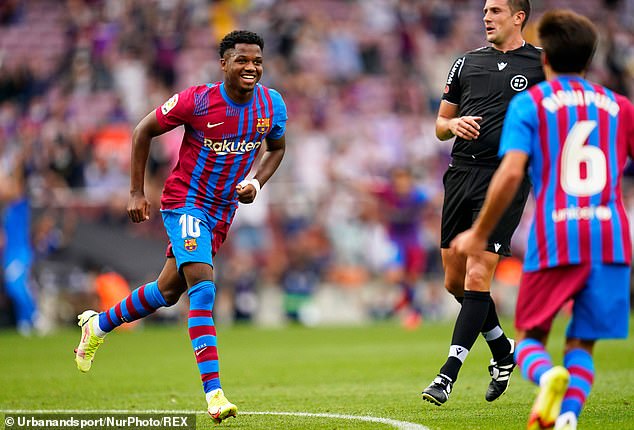 The 18-year-old was brilliant during his cameo against Levante, inheriting Messi’s No 10 shirt

For now, all that matters is that he has returned and he slots into the left-side of attack to give Koeman the quick, direct goalscoring winger he said he was lacking when he tried to explain away Barcelona’s rudimentary football against Granada recently.

It will take more than just Fati.

The brilliant Pedri should return for Barcelona tonight, albeit only to take a place on the bench.

The star of Spain’s Euros campaign remains vital for Koeman who picked him out as an immediate solution when he first clapped eyes on him in training in the summer of 2020 – the club had planned to loan him out but Koeman ruled it out. 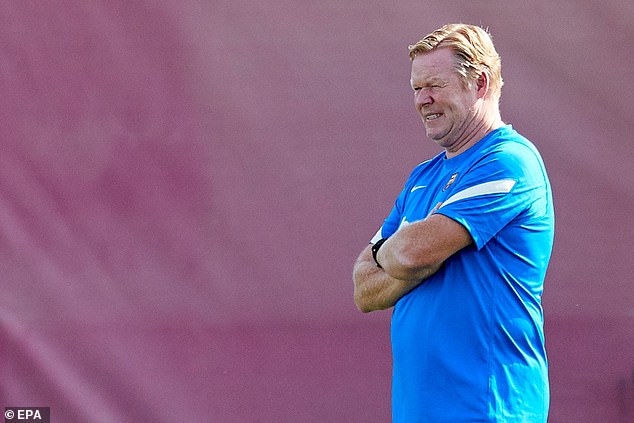 However, Ronald Koeman is aware it will take more than just Fati to turn the tide in Catalonia 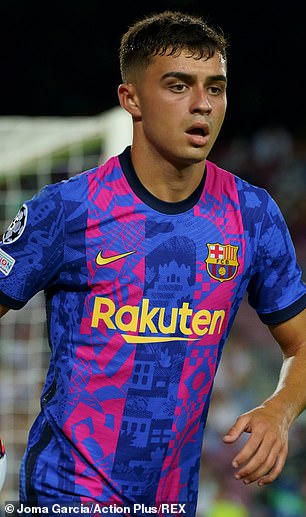 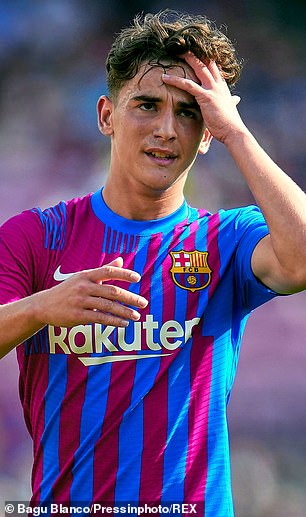 And from the evidence of Sunday’s mauling of Levante when Pedri is finally ready to start a game again, possibly on Saturday against Atletico he will have a new partner in crime in midfield.

Gavi is only 17 but he played like a veteran at the weekend. All the headlines were for him until Fati came on to steal the show. Gavi, who hails from the same town in the south of Spain as Jesus Navas, turned down Real Madrid as a kid. He always wanted to play for Barcelona. Now he is the club’s big hope for the future.

It’s a lot to ask, and Koeman will continue to try to play it down but if Gavi and Pedri and do their best impression of Xavi and Andres Iniesta in midfield. And Fati can go on filling the No 10 shirt then the future is not so grim for Barcelona or Koeman. Just don’t expect him to admit it any time soon.