Shane Lowry has revealed he and his wife Wendy received ‘dog’s abuse’ from drunken ‘idiots’ during Europe’s defeat to the United States in the Ryder Cup.

Support for the European team was minimal at Whistling Straits because of Covid travel restrictions, meaning a partisan crowd cheered America to an emphatic 19-9 victory.

But Irishman Lowry said a small minority crossed the line in the afternoon sessions after drinking too much with European players booed on the tee and heckled as they walked around. 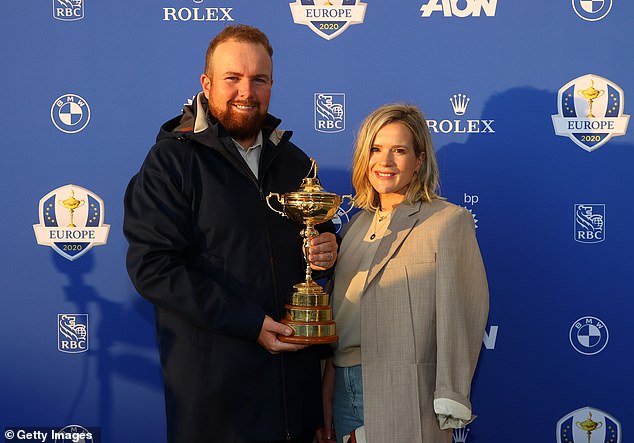 ‘I didn’t think it was that bad until I asked my wife what it was like for her, and they got dog’s abuse going around as well,’ Lowry said.

‘It’s not very nice for them to have to listen to it, but that’s a small percentage of the crowd.

‘They are obviously a home crowd and they are going to be a partisan crowd. Some of the stuff was not very nice. But look, that’s just the way it is.

‘Some people are idiots, especially when you drink. Nobody turns into a genius with drinking, and that’s what they were doing last week. Especially if you were out in the afternoon matches, it was loud.

‘The majority of the crowd – I finished my match on 16 on Sunday and I was walking back down to follow the other groups and I got a huge ovation off the crowd and in the grandstand on 16, that was pretty cool. 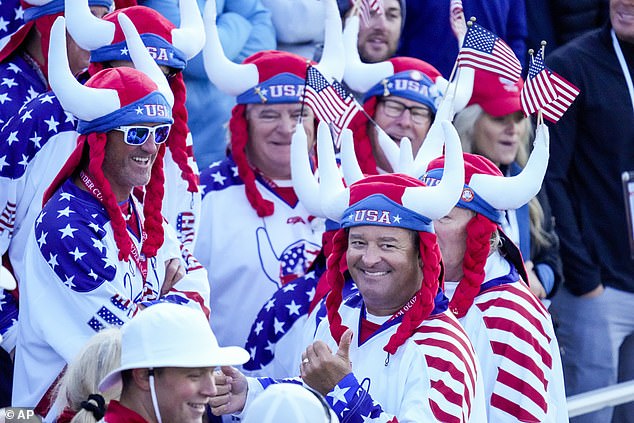 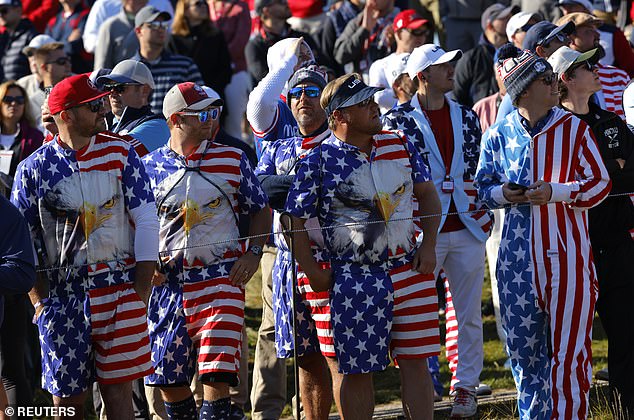 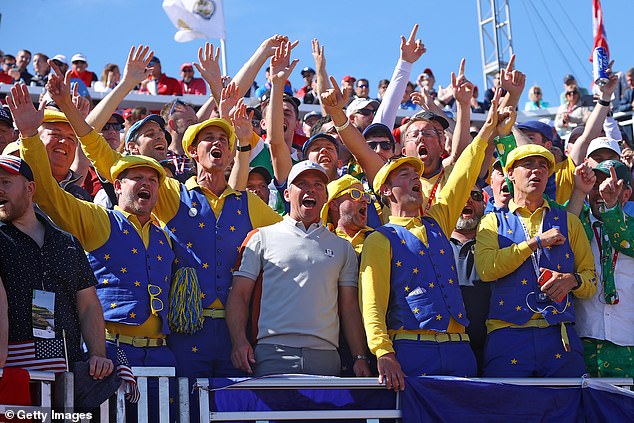 ‘And I thought I got on well with the crowd last week as best I could.

‘It was hard for us, and as a team it was hard for us to perform our best because you stand up and you hit a three-iron to 10 feet from 250 yards and you don’t even get a ripple of applause. You almost get booed for it.

‘It’s hard, but I tried to take it as best I could. I think I did, I think I performed okay.

‘I don’t think it’s going to be like that in Rome [in 2023]. We will obviously have the home support, but we’ll be hopefully winning a bit of a different way.’

Lowry and Rory McIlroy lost their Friday fourballs match to Harris English and Tony Finau but teamed up with Tyrell Hatton to defeat the same American pair on Saturday. Lowry holed a 12-foot putt on the final green to win the match. 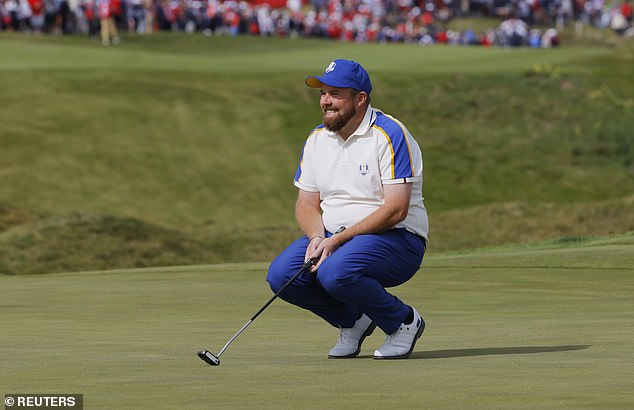