Nuno Espirito Santo has insisted that he is not panicking over Tottenham horrific run of form and has called for calm in a bid to try and get his side back on track.

Spurs are currently in freefall after suffering a third successive Premier League defeat by one of their London rivals, with their humiliating 3-1 loss by Arsenal following back-to-back 3-0 thumpings by Crystal Palace and Chelsea.

After a perfect month of August, which saw Spurs win their opening three games 1-0 and Nuno pick up the Manager of the Month award, the north London side have been hit with a hard reality check, leading to questions over the Portuguese manager’s job at the club.

But while questions over his future linger, Nuno believes he can turn the club’s fortunes around while asking Tottenham fans to get behind a squad currently low on confidence.

‘That doesn’t interfere with the way we work, it can only distract us. I’m very simple, telling you: my focus is how can we improve, how can we improve. In terms of the fans, now is not the moment to ask them.

‘Of course we need their support, because the players and the team needs the support of the fans. But it’s not the moment to ask them, it’s the moment to deliver. 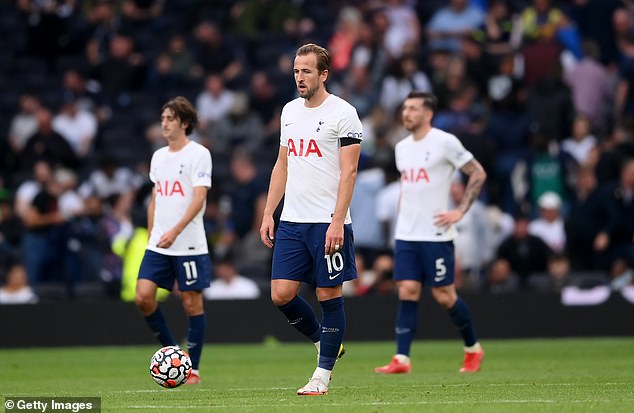 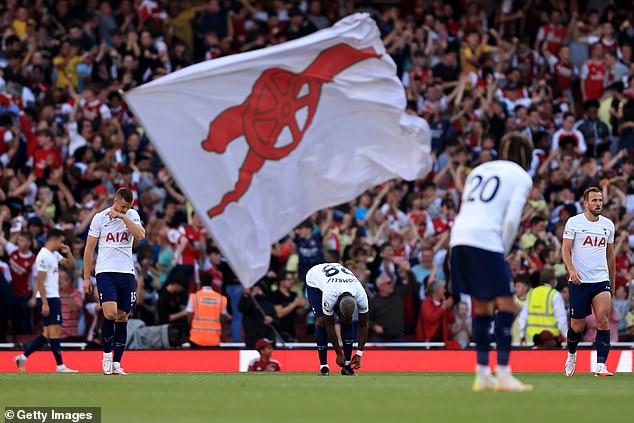 ‘Now we have to give them, so they feel again good with the team. They see a team that is solid and is playing good, and things go back to normal.’

Nuno went on to insist that by sticking together, Spurs can overcome the current rut their in while keeping cool heads will only help them in the long run.

‘We don’t panic because we know that this is football,’ Nuno added. ‘This is football. It’s how you react to the bad moments. It’s something that you cannot avoid.

‘Every team goes for a moment like this. History shows that. Sticking together is the only way to do it.’

The 47-year-old has also taken the time to reflect on this tricky period as a coach, saying he is constantly learning about his new squad while trying to eradicate errors that have led to this poor run of form. 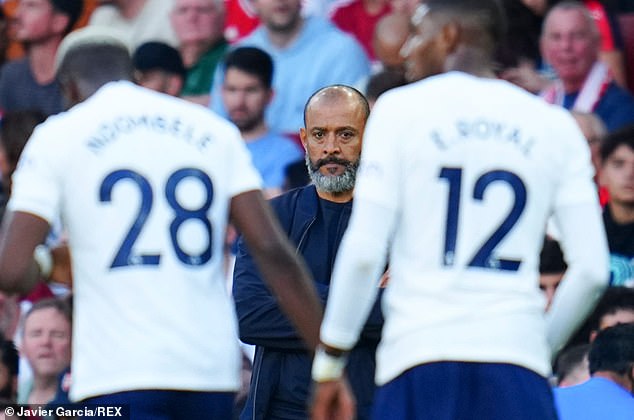 When asked what’s he’s learned about himself, Nuno said: ‘A lot of things. It tells me a lot of things. Since day one, we are knowing each other better, we are realising our strengths and weaknesses so we can improve.

‘The moment that we were winning was only disguising to the outside. Inside we knew we still had things to improve. Now it’s obvious that we have things to improve. In terms of what I’m seeing, I’m seeing players that want to achieve, that work hard to achieve it, but we are not able to be consistent to do it.

‘We are still having problems when we concede a goal. We lose our focus. We lose our solidity and how compact we are and that we must avoid.

‘So a lot of analysis is going on. A lot, but with the tools and the belief that we have a talented team with quality players to get out of this situation and play much better football.’

When asked if he still has the backing of the dressing room, Nuno said: ‘Yeah, [they] totally believe [in me].

‘You have to realise sometimes it’s not possible. Sometimes opponents is better than you and you have to be humble to give credit and sometimes you don’t perform. Sometimes the plan is no good. The belief in all of us is here.’