Any unvaccinated athletes travelling to the Winter Olympics in Beijing next year will have to serve a 21-day quarantine on arrival, according to new rules announced on Wednesday.

The latest directives around Beijing 2022 also confirmed no tickets would be sold to foreign spectators, with only those from the Chinese mainland permitted at the Games, which begin on February 4.

An update via the International Olympic Committee read: ‘All parties feel for the athletes and the spectators from around the world, knowing that the restriction on spectators from outside mainland China had to be put in place in order to ensure the safe holding of the Games this winter.’

Athletes going to the Winter Olympic Games in Beijing next year will be mandated to quarantine for 21 days if they are not vaccinated against Covid, new rules have confirmed

The strict rules will apply around all Games-related areas and stadiums as well as accommodation, catering and the opening and closing ceremonies.

It was confirmed that all domestic and international participants, as well as workers, will be tested daily against Covid-19. 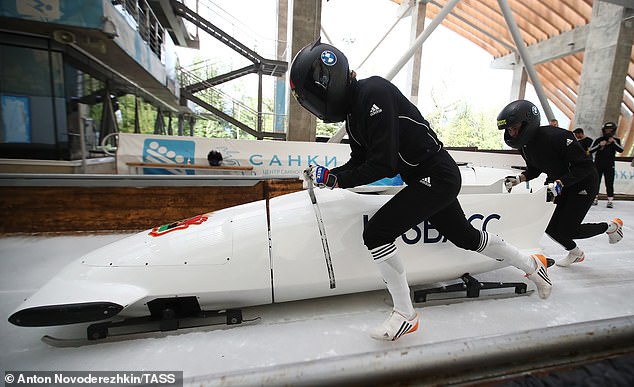 ‘Athletes who can provide a justified medical exemption will have their cases considered,’ the IOC said in a statement.

The US Olympic and Paralympic Committee has already announced only fully vaccinated athletes would be considered for selection at the 2022 Games.