Barcelona are in the midst of a full-blown footballing meltdown but summer signing Memphis Depay has no regrets over his move to join the club.

Memphis joined the Catalans from Lyon on a free transfer this summer but his move has coincided with Barcelona’s self-combustion.

Ronald Koeman’s job is hanging by a thread as his side have won just once in their last six games, leaving them ninth in LaLiga and bottom of their Champions League group.

During a nightmare summer window, which saw them lose star talisman Lionel Messi to PSG, the club’s financial Armageddon revealed they had racked up an astronomical debt that now stands at £1.15billion.

With Antoine Griezmann also leaving the Nou Camp, the pressure has fallen on to Memphis’s shoulders to carry the side in attack.

The forward is the Blaugrana’s top scorer this term with three goals in nine appearances, after Koeman’s side failed to score in four of their last six games. 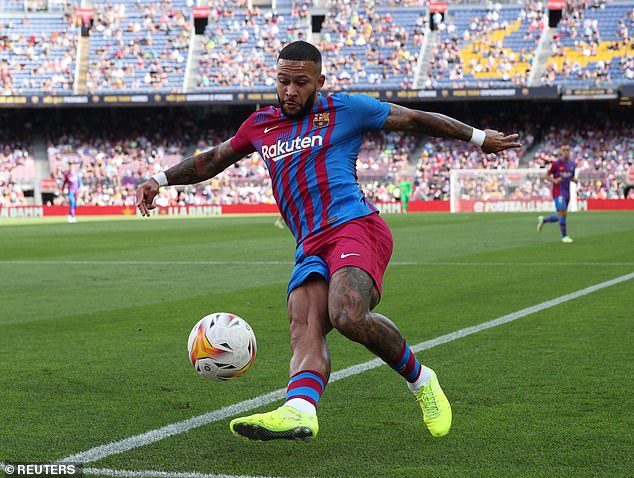 The Dutchman’s move coincided with £1.15m debt and a nightmare start to the campaign

But the Dutchman claims he doesn’t regret the timing of his move.

‘How could you ask that?’ he asked ESPN Netherlands.

‘It’s Barcelona. I don’t think you understand how big this club is and what it means for a player if you move to a club like this. I would never regret it.’

The Catalan giants have been humbled in their lacklustre start to the season, most recently being thrashed 3-0 in the Champions League to Benfica and 2-0 in LaLiga to Atletico Madrid, which leaves them not only facing a Champions League group stage exit but also five points off the top of the league. 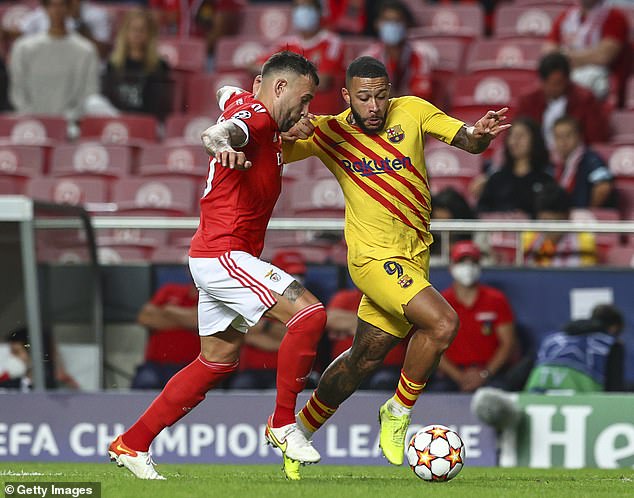 President Joan Laporta has backed Koeman, insisting he was not going to sack the manager but as the poor results stack up, doubts are growing over the future of the Dutch boss.

Belgium boss Roberto Martinez has already been touted as a potential replacement for Koeman, while Xavi and Andrea Pirlo are other names in the frame who could succeed the Barca manager.

But Memphis, who said he speaks regularly with former Netherlands boss Koeman, claims people are overreacting to Barcelona’s start to the season and is convinced the team can turn things around. 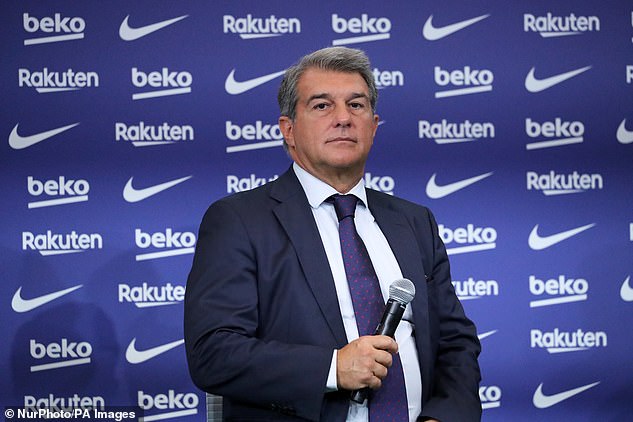 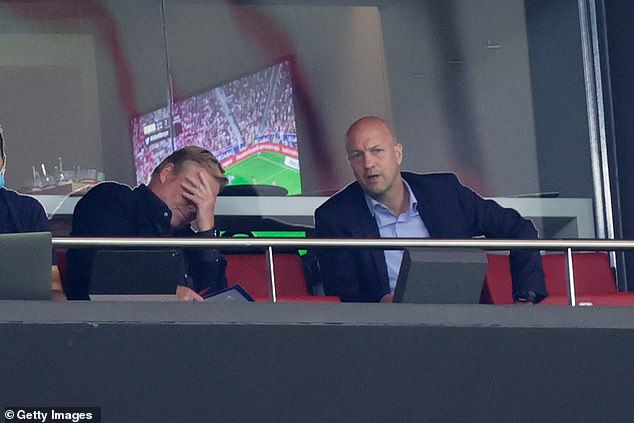 ‘Despite results, I’m really happy at the club,’ said the 27-year-old. ‘It’s been a difficult time [for the team]. I don’t want to talk about that much, but people are acting like the season is already over,’ he said.

‘There are so many games to play. Everything is still open. But as a player you feel responsible and you take responsibility. You care. Every player takes responsibility at Barca. That’s normal for a club like Barcelona.

‘Everybody is panicking and for a club like Barcelona it’s a new situation. They’re used to winning everything with beautiful football. This is a new situation, but I am not worried. I’m sure we will turn things around.’

The international break has come at an opportune moment for Barcelona, who need more than a rest to recover from their nightmare.

Jordi Alba and Pedri should be back to fitness for vital home games against Valencia, Dynamo Kiev and Real Madrid after the break.

Blaugrana starlet Ansu Fati has already made his return after 10 months sidelined with a serious knee injury, marking it with a goal in their 3-0 win against Levante, meanwhile, Sergio Aguero and Ousmane Dembele are also close to comebacks.

Koeman will be praying he still has a job after the international break in the hope that Barcelona’s fortunes are beginning to change. 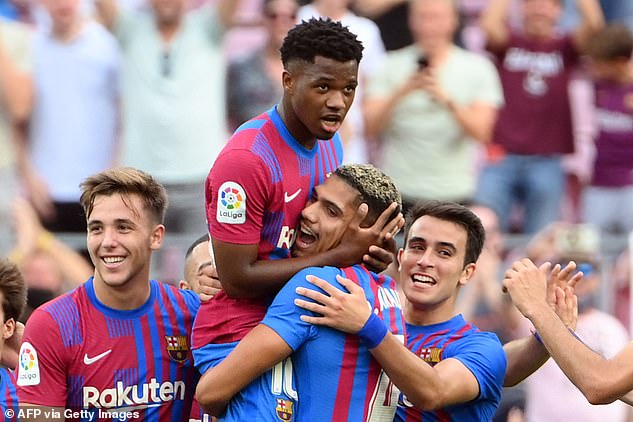