REVEALED: How Wolves led the way on vaccinating ALL of their squad after club warned about Covid threat early on, with former boss Nuno a key figure as Premier League rivals struggle to convince stars

During the early part of last season, Wolves manager Nuno Espirito Santo was asked the best way for English football to recover from the pandemic. ‘A vaccine is the only thing that can help us,’ came the reply.

Nuno has since left for Tottenham but his legacy at Molineux goes beyond what happened on the pitch. Though Nuno led Wolves back to the Premier League and took them to the Europa League quarter-finals, his clear-sighted approach to the Covid-19 crisis was perhaps even more impressive than those achievements.

Sportsmail revealed last week that two-thirds of Premier League players are yet to be fully jabbed, with many refusing altogether. There are no such difficulties at Wolves, where the entire first-team bubble — players, coaches and support staff — are fully vaccinated.

Wolves are reluctant to speak publicly about their strategy as they do not want to appear to be crowing while others struggle, yet many clubs wish they had emulated the simplicity and decisiveness of their message.

In the closing weeks of last season, the first-team bubble were summoned to a meeting at Wolves’ training headquarters at Compton, on the outskirts of the city. They were told by head of medical Dr Matt Perry that they were now in the eligible age range for the vaccine and that they would be expected to have it. They were given details of their appointments and relevant times and places. There was little mention of ‘personal choice’ or pros and cons — and was there no dissent.

Those present accepted the importance of protecting people around them and were happy to comply, believing it was their duty to do so. Because Wolves made their move early, there was less chance of players being influenced by the wilder theories that have spread online in recent months.

With the most powerful voices in the dressing room such as Conor Coady and Ruben Neves fully on board, the first-team bubble travelled together to a health clinic to have their first course of the vaccine.

They had their second jabs as soon as was feasible after the recommended eight-week period was up. Remarkably, none of Wolves’ rivals are thought to have contacted them to ask the secret of their success. 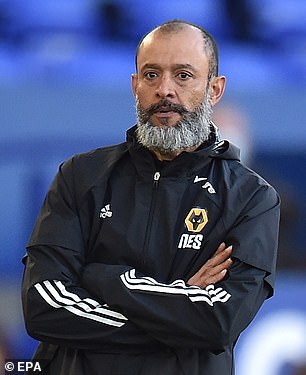 Wolves’ effective work in this area can be attributed to three factors: the club’s ‘pack’ mentality; the complete trust in Dr Perry; and the behaviour of Nuno and the club’s hierarchy.

Executive chairman Jeff Shi, who represents Wolves’ Chinese owners Fosun, was alerted early to the dangers of coronavirus by his associates in China, who were watching with alarm as the disease spread in the city of Wuhan during the early part of 2020.

Before Wolves’ goalless draw with Leicester on February 14 that year, few in the United Kingdom were alive to the dangers of Covid-19 — and this included the Premier League community. Yet before that game, advice about hand-washing was posted around Molineux. The message ‘Stay Strong Wuhan’ was displayed on the digital hoardings before kick-off.

When UEFA instructed Wolves to travel to Athens to face Olympiacos in March 2020, rejecting their appeal for postponement even though the Greek club’s owner Evangelos Marinakis had tested positive for Covid-19, Nuno did not hide his displeasure and the club expressed their disappointment on their website.

They were proved right as the 1-1 draw was one of the last fixtures before most top-level football across the world was suspended. 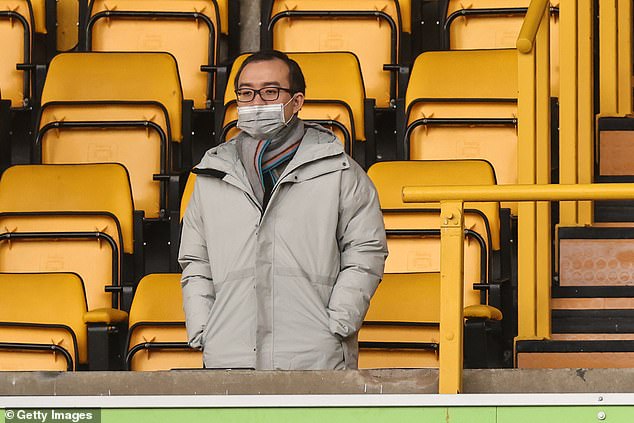 Wolves were one of the first clubs to ask staff to work remotely and had N95 face masks couriered to their homes, complete with instructions. This was nearly four months before the Government made wearing them mandatory in shops, supermarkets and on public transport.

Because the Wolves hierarchy had followed events in China so closely, they were convinced of the value of masks and took matters into their own hands rather than wait for Government approval.

That is why, once they were eligible, the Wolves players never doubted. They listened to the advice, had the vaccine, and got on with their jobs. How other clubs must wish they could say the same of their squads.