The Football Association of Ireland has insisted it must ‘respect’ and ‘accept’ the choice of players not to be vaccinated against Covid-19 despite the disruption the virus has caused.

A day after Republic of Ireland striker Callum Robinson revealed he had opted not to be inoculated against coronavirus despite twice testing positive, the FAI issued a statement confirming it had encouraged the take-up of the vaccine, but could go no further.

It said: ‘The Football Association of Ireland can confirm that all players and staff are tested for Covid-19 before reporting for international duty with Republic of Ireland teams and are tested repeatedly in camp in line with FAI and UEFA protocols. 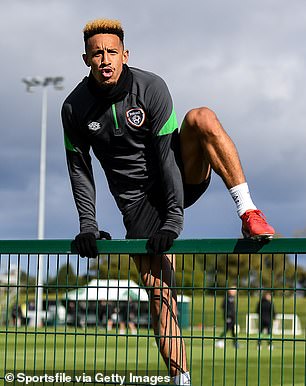 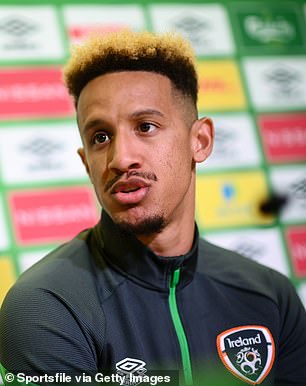 ‘We have encouraged all our players at all levels of the game to be vaccinated, but we respect and must accept the right of all individuals to make a personal choice on Covid-19 vaccination.

‘The association will continue to exercise the highest standards for the safety of all our stakeholders. Our Covid-19 testing protocols for all players and staff on international duty strictly follow UEFA protocols and are compliant with all Irish Government guidelines.

‘The FAI reconfirms our support for all Government, UEFA and FIFA protocols during the Covid-19 pandemic. We thank all our stakeholders for their ongoing exemplary compliance with Government guidelines over the last 19 months.’

Robinson’s admission, and manager Stephen Kenny’s revelation that several members of the current senior squad have not been double-jabbed, came days after Liverpool boss Jurgen Klopp questioned the degree of reluctance among Premier League players to have the injections. 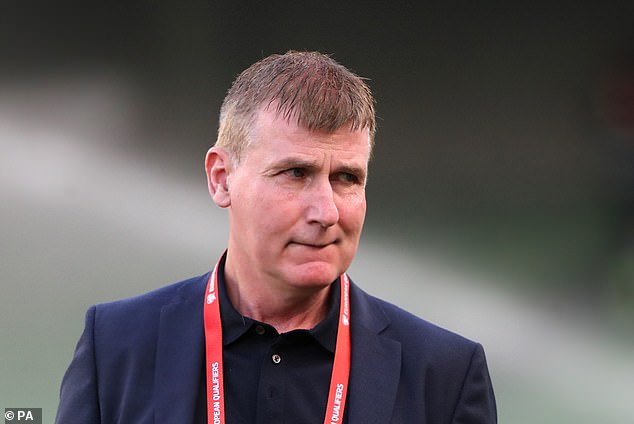 The Irish FA have vowed to ‘respect and accept’ their players’ decision on whether or not they will have the vaccine. Pictured is manager Stephen Kenny

Ireland have been hit repeatedly by positive tests and close contact absences over the last 12 months, and under-21s boss Jim Crawford will be unable to call upon seven UK and Germany-based players for his side’s European Championship qualifier in Montenegro next week because of its red-list status and the implications for those men on their return.

As Kenny and his senior squad prepared to fly out to Azerbaijan on Wednesday ahead of Saturday evening’s World Cup qualifier in Baku, he admitted his frustration at the situation while acknowledging the right of individuals to choose.

He said: ‘I was very happy to be (vaccinated) myself and encouraged staff and players. Of course it seems like the most sensible thing to do, and the safest with regard to our environment. 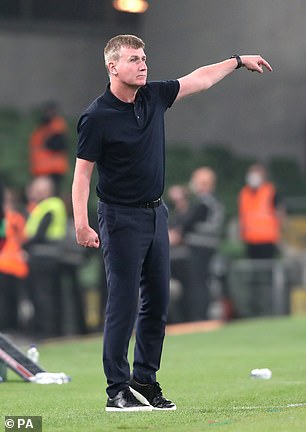 West Brom frontman Robinson, 26, has not ruled out vaccination at some point in the future, but is standing by his decision for now.

Asked why, Robinson (who played in the Premier League last season) added: ‘I just haven’t, I just haven’t done it. I think it’s your personal choice and my choice at this moment in time, I haven’t been vaccinated.

DID PLAYERS GET ‘WRONG’ JAB?

Premier League clubs have been told that two Covid-19 jabs most used in South America are not recognised in the rules governing players’ quarantine exemption.

Sources in Brazil said some overseas based players who were not vaccinated before the Copa America in July received the Chinese produced CoronaVac, key to the country’s vaccine rollout.

The Russian produced Sputnik vaccine, meanwhile, is among the most widely used in Argentina. Yet the Mail on Sunday has learnt that neither is on the list of vaccines authorised for use in Britain or Europe — a requirement of the Premier League’s exemption.

The Government last night confirmed that players who have had either jab would not be exempt from the 10-day isolation when they return from World Cup qualifiers in red-listed countries.

Tottenham, Man City and Liverpool declined to reveal information about the vaccination status of players travelling to red-listed countries.

A dispute over quarantine last month led to most Premier League clubs holding back players from representing red-listed nations, including Brazil.