Eyebrows were raised when, in the injury absence of Alvaro Morata, Luis Enrique did not name a recognised striker in his Spain squad for the Nations League finals.

There are similar cries of derision being aimed at Pep Guardiola for not lining up an alternative striker to sign after Manchester City’s protracted summer pursuit of Harry Kane failed.

They clearly both see a potential in Ferran Torres to develop into a top class striker and are actively helping him do this season, to great effect already.

Torres’ two goals in Spain’s 2-1 win at European champions Italy were not ordinary finishes. They were lethal executions you’d expect from a top class striker.

The first saw Mikel Oyarzabal’s cross fired in towards the penalty spot. Torres was not on his heels as you’d expect from a false nine. He made the run you’d want your striker to make – the sort that Kane would make.

Alessandro Bastoni came within inches of cutting it out but, rather than expecting the defender to clear it, Torres expected the mistake, as all good strikers do. When it came to him at an awkward height he did not hesitate, didn’t attempt to take a touch, instead guiding a volley past Gianluigi Donnarumma before the goalkeeper had time to pick up the flight of the ball.

The second goal was just as impressive. Again, a cross from Oyarzabal, and again the run you’d hope for from a top marksman, not a player supposedly playing out of position as Torres found the space at the back post.

This time, the finish was even more sublime, Torres guiding a looping, curling header back to where it came from, leaving Donnarumma rooted to the spot as the ball just snuck inside the post. 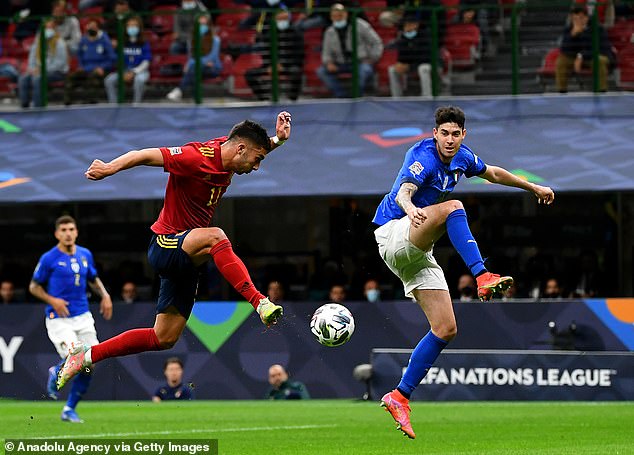 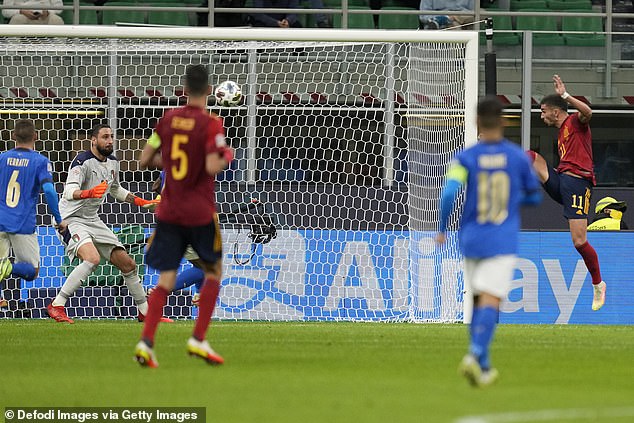 If Guardiola was watching, he would have been impressed. Torres could be the striker his team is missing.

Gabriel Jesus is flourishing in a wide-right role these days and has spoken about preferring it to playing through the middle, while Riyad Mahrez, Jack Grealish, Phil Foden and Raheem Sterling are also fighting it out for those positions on the left and right of City’s front three.

All bar Mahrez are capable of playing in the centre, as are Kevin De Bruyne and Bernardo Silva, but all except Jesus operate as false nines, coming deep to pick up the ball with the intention of dragging defenders out of position to open space for runners coming from deep and wide.

But Torres, as he showed for Spain on Wednesday night, is capable of stretching the defence in behind, as well as linking the play with his neat touches. His pace scares defenders and he has a striker’s instinct for finding the right spaces in the box.

Guardiola has spotted this, and used Torres up front for the first six matches of the season. They included consecutive defeats to open up against Leicester in the Community Shield and Tottenham in the Premier League, but also saw two 5-0 wins over Norwich and Arsenal and Torres net twice as he grew into the role. 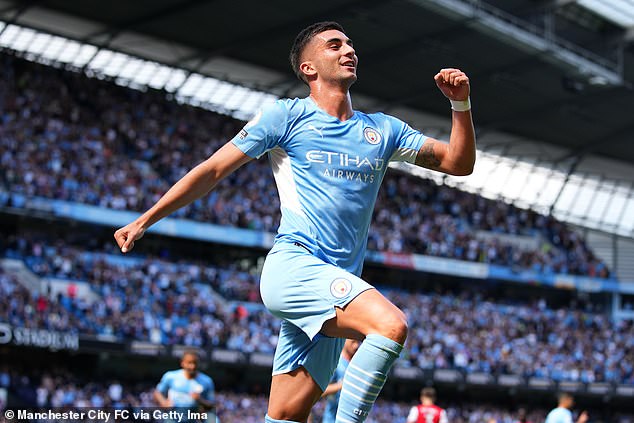 Oddly, he has started just once in five matches since – and that was in a much-weakened team to face Wycombe in the Carabao Cup. He scored in that match, but Guardiola has preferred Sterling, Grealish or Foden in the false nine role recently.

City have been in fine form, but scorelines aren’t quite reflecting their dominance, particularly the 2-0 defeat by PSG, 2-2 draw with Liverpool and 1-0 win over Chelsea, where the lack of an out-and-out striker saw them waste countless good opportunities. 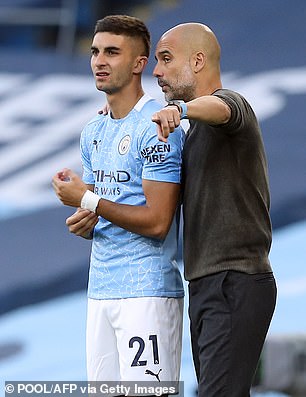 If Torres continues to show the instincts he showed for Spain on Wednesday night, he could be the man to put away those opportunities – to fill the hole left by Sergio Aguero that was reserved for Kane.

When Guardiola spent £21m signing Torres from Valencia in the summer of 2020, there were few signs City were signing a potentially prolific goalscorer. While impressing greatly on the flanks, he notched just nine goals in 97 matches for Valencia – three in his first full season and six in his second.

He clearly worked on his finishing playing for Pep last season though, scoring 13 in 36 in his debut season. Torres is scoring at a fair lick for Spain two, with Wednesday night’s double taking his tally to 12 in 21 since his debut last year.

Torres would not be the first winger to be converted into a striker, with Cristiano Ronaldo the most famous example for him to follow. While it would be unrealistic for him to aim to emulate the five-time Ballon d’Or winner, Ronaldo too started as a winger and scored less than 10 goals in all competitions in each of his first three seasons as a professional, with Sporting Lisbon and Manchester United.

Once Ronaldo’s pace, ability to finish with both feet and strength in the air – all abilities which Torres possesses – were harnessed centrally, however, the goals began to flow.

Enrique will surely use Torres as a No 9 again in the Nations League final this weekend, and should he impress again it will be hard for Guardiola to ignore him once the Premier League resumes next weekend.