By Mark Shapland For The Daily Mail

Shell is set for bumper earnings just as millions of people in the UK face rising energy bills.

In a trading update following days of turmoil on energy markets, the Anglo-Dutch giant said it was expecting a boost in the third quarter from higher oil and gas prices.

The comments came as financial markets stabilised after Vladimir Putin said Russia could boost gas supplies to the West and ease the crisis.

In a trading update following days of turmoil on energy markets, Anglo-Dutch giant Shell said it was expecting a boost in the third quarter from higher oil and gas prices

But the Russian president was accused of holding Europe to ransom.

Critics claim Moscow is using the spike in prices in a bid to win approval for the new Nord Stream 2 pipeline, which has faced stiff opposition from the US and some European countries who argue it will make Europe too reliant on Russian gas.

Shell has directly benefited from the energy crisis, although it yesterday also warned that disruption caused by Hurricane Ida in the Gulf of Mexico in August would cost it £294million in lost earnings.

It is the world’s largest seller of liquefied natural gas, accounting for 20 per cent of global demand.

It is also one of the world’s largest oil producers and has seen the price of crude bounce from below $20 a barrel in the depths of the pandemic to above $80.

And the group has a very lucrative oil and gas trading division that will profit heavily from the crisis. Shell shares rose 1 per cent, or 16.6p, to 1679.8p as its recovery from Covid-19 continued.

The recovery at Shell and arch-rival BP is a boost for British savers with money tied up in the oil stocks through their pensions and other investments. 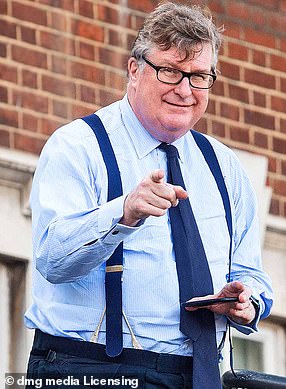 Hedge funds are cashing in on unloved oil and gas stocks as rival money managers turn their backs on the industry in a bid to burnish their green credentials.

Many institutional investors have sold their stakes in some of the world’s biggest energy firms due to pressure from governments and climate change lobby groups.

But hedge funds like Odey Asset Management – set up by financier Crispin Odey – have filled the void and are making strong returns for their investors.

Odey, whose European fund is up more than 100 per cent so far this year, has been building sizeable stakes in oilers.

They include Norwegian oil company Aker BP, whose shares are up 43 per cent since the start of the year, and Asia focused producer Jadestone Energy, up 44 per cent.

Odey told the FT: ‘It’s such a great and easy idea. The big institutional investors are all so keen to get rid of oil assets, they’re leaving fantastic returns on the table.’

The companies are two of the largest on the FTSE 100 and a crucial source of dividend income.

But booming profits could leave Shell and BP with a headache at a time of rising gas and electricity prices that threaten to push annual bills through the £2,000 barrier for the first time, hobble industry and fuel a cost of living crisis.

Business leaders warn soaring prices are already forcing some heavy industries, such as steel, fertiliser and brick manufacturers, to scale back production and, potentially, shut down.

They are calling for government support of the kind that was given to the major banks during the financial crash of 2007-2008.

The Energy Intensive Users Group (EIUG) warned high gas and electricity businesses will force some companies to curb or even shut down production.

Two weeks ago, Business Secretary Kwasi Kwarteng touted the idea of a windfall tax on companies that are making big profits from the surge in gas prices. Spain has already gone down that route.

He told MPs: ‘What they are doing in Spain is recognising it is an entire system. I am in discussion with Ofgem [the energy watchdog] and other officials.’

Analysts said Shell chief executive Ben van Beurden will try to stave off criticism by promising to plough the profits back into the company’s renewable energy projects.

The company will also want any profits this year to be seen in the context of last year’s £14billion loss as demand for oil collapsed in the pandemic.

Danni Hewson, analyst at AJ Bell, said: ‘Shell will not want to be painted as the bad guy in all of this.

‘While it is good for shareholders, the general public’s perception will be that big business wins again.

‘Shell have to think about the optics and pushing forward at pace on the renewable agenda could be the answer.’

Shell’s update came as investors were offered some respite after days of turmoil. As gas prices fell, stock markets rallied, with the FTSE 100 up 1.2 per cent at 7078.04.

The Cac in Paris gained 1.7 per cent and the Dax in Germany added 1.9 per cent. In the US, both the Dow Jones and the Nasdaq rallied 1 per cent.

Joshua Mahony, analyst at IG, said: ‘An unlikely saviour has come to the rescue to arrest the recent declines in global markets, with Putin’s pledge to ramp up natural gas exports.’