Emma Raducanu urged to be cautious of social media by fellow teenage star Coco Gauff, who admits ‘all the retweets and follows can be a bit overwhelming’ and reveals she has a time limit to her apps on her phone

Emma Raducanu has been warned about her use of social media by Coco Gauff in the wake of her US Open triumph and subsequent notoriety.

The British 18-year-old, who now has two million followers on Instagram, stunned the tennis world when she stormed to the women’s singles title in New York as a qualifier and without dropping a set.

Now, amid endorsement deals and film premieres, Raducanu is one of the new faces of the women’s game as she readies herself to return to action in Indian Wells tonight.

But American player Gauff, who shot to fame at Wimbledon in 2019 when she reached the fourth round at just 15 years old, has urged her fellow teenager to be wary of social media.

‘It is exciting when you get all the retweets, all the follows and all of that, but it can be a bit overwhelming- at least in my experience,’ Gauff said.

‘That’s probably what I wish I would’ve known, not to focus on social media.

‘I put a time limit on my phone because I thought I was spending too much time on it. From 8:30am to 9:30pm I have limited access to apps.’ 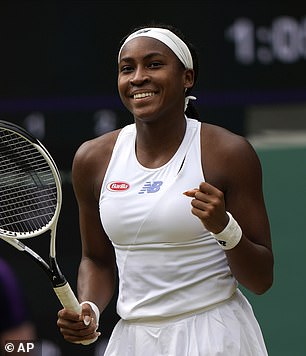 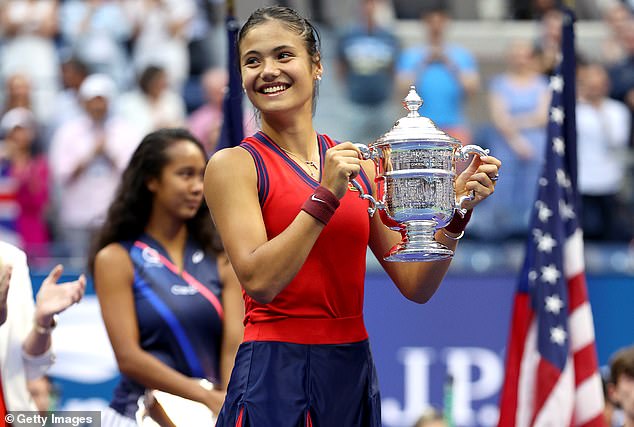 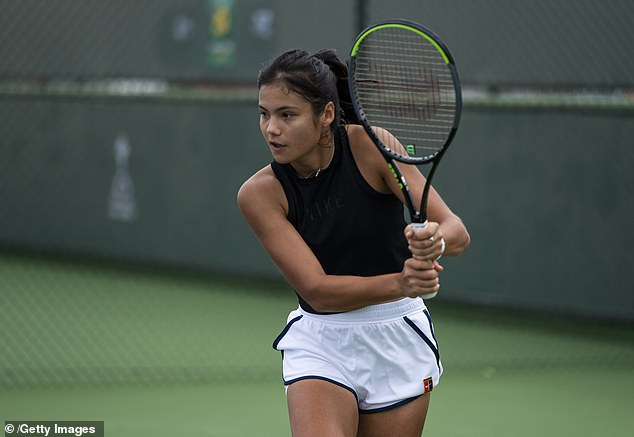 Roger Federer recently warned young players such as Raducanu of the ‘horrible’ dangers of social media.

‘I think we do need to help, coach and mentor the younger generation more,’ he told GQ.

‘I can’t imagine going through the beginning of my career with social media; I have no clue how I would have handled it.

‘For every ten nice comments there’s always one negative comment and, of course, that is the one you focus on. It’s a horrible situation.

‘Even when I am feeling down I know I need to act a certain way in front of the world’s press. We need to remember that tennis players are athletes and professionals, but we are also human too.’

Meanwhile, Raducanu was spotted heading out to training at Indian Wells with Andy Murray, as the pair prepared for their first round ties at the BNP Paribas Open. 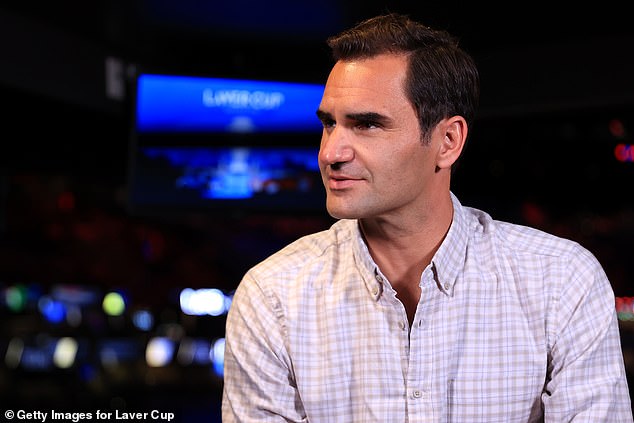 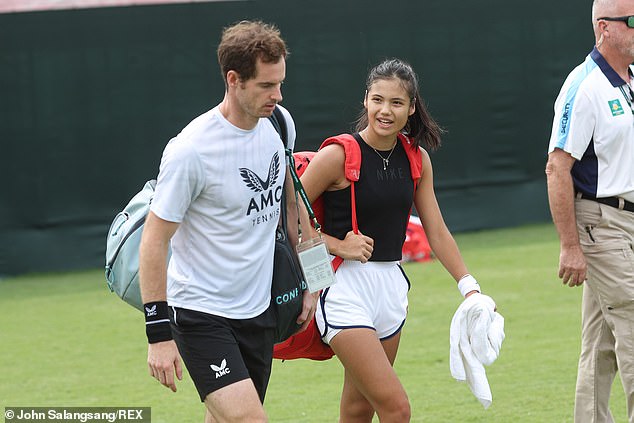 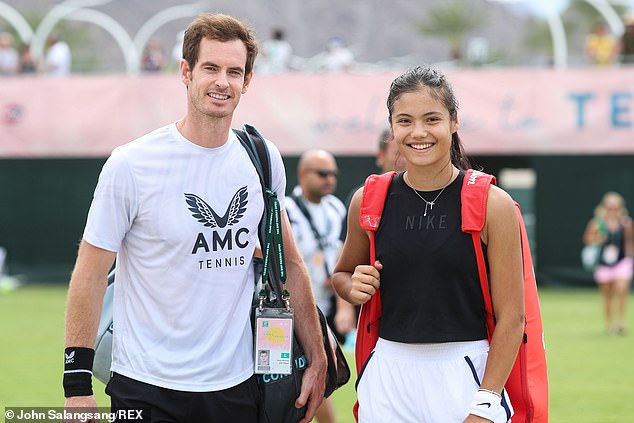 In the early hours of Saturday morning (UK time) the next phase of Raducanu’s career begins, when she tackles Aliaksandra Sasnovich in the second round of the BNP Paribas Open at Indian Wells, having received an initial bye.

In Murray, Raducanu found a partner with similar experience, the Scot having won the men’s competition at the US Open in 2012.

The pair appeared in high spirits, chatting as they entered the courts and even posing for the cameras.

The teenager dumped her coach Andrew Richardson just weeks after her US Open triumph last month. It is believed that neither of Raducanu’s parents, Ian and Renee, have made the trip, as was the case at Flushing Meadows. 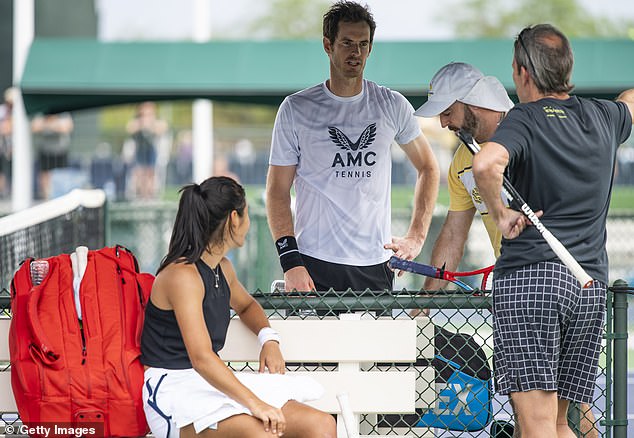 Despite headlining in tonight’s night session in California, Raducanu is willing herself to continue trying to enjoy the moment, and insisted she is not feeling any pressure: ‘I haven’t got to that point yet. I will let you know when that happens.

‘But not right now. I am just enjoying myself playing in venues and locations like Indian Wells. It is a step up from where I was playing in the lower 25s (Futures circuit). I feel grateful to be able to be here.

‘There are still so many tournaments on the Tour I haven’t played, I am really looking forward to doing it.’