Liverpool youngster Kaide Gordon has signed his first professional contract with the Premier League club after making an impressive start to his Anfield career.

The lively winger, who only turned 17 on October 5, joined the Reds at the start of this year after 10 years with his hometown club Derby County.

He has been touted for a big future at Liverpool after impressing during the pre-season training camps in Austria and France. 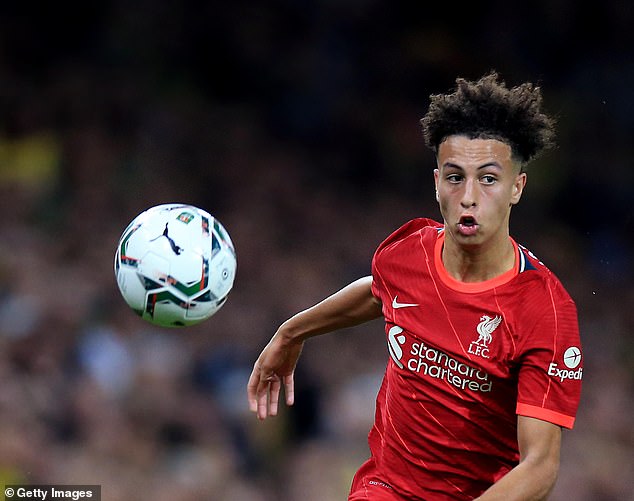 At 16 years and 351 days, Gordon became Liverpool’s fifth youngest player ever in their Carabao Cup win against Norwich last month.

He was one of three debutants in the game with full-back Conor Bradley and midfielder Tyler Morton.

Gordon did not look out of place in that match, looking completely unnerved by the occasion before getting a hug from boss Jurgen Klopp at full-time.

And afterwards, Klopp admitted he was pleased with what he saw: ‘He [Gordon] is good. There are a lot of things to improve,’ he said. 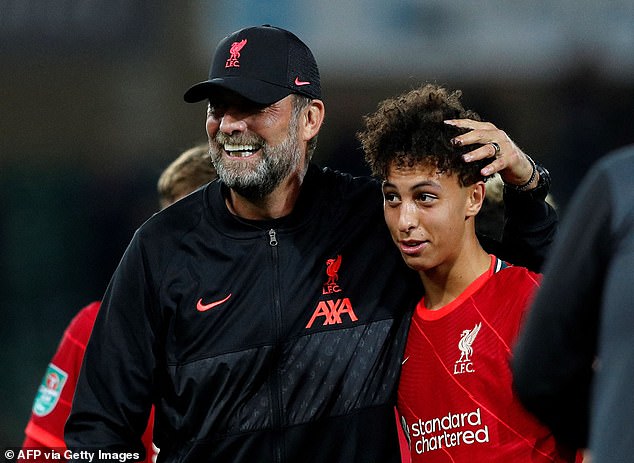 ‘The first thing that Kaide said to me after the game, when I wanted to say ‘congratulations’, he said “thank you!”.

‘But there was nothing to be thankful about, he deserved it.’

Initially involved with the under-18s earlier this year, England youth international Gordon has forced his way into Barry Lewtas’ Liverpool under-23s side and scored in the Merseyside derby win over Everton in August.