Ronaldo was surprisingly named on the bench when United faced Everton last weekend, with the striker coming on to play 33 minutes in a 1-1 draw.

Portugal face Luxembourg in a World Cup qualifier on Tuesday, but prior to that face Qatar in a friendly on Saturday night. 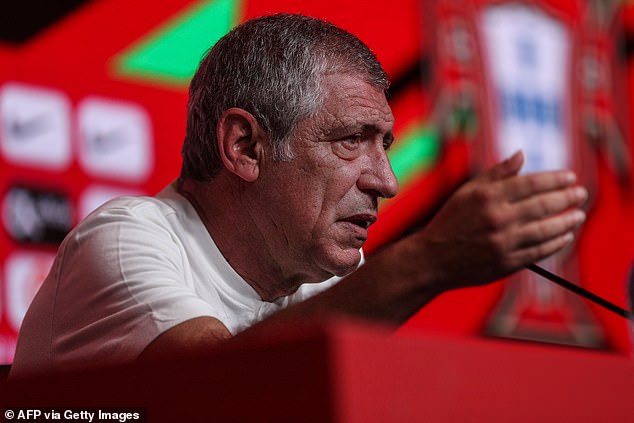 Santos suggested that, due to the fact that he didn’t start for United against Everton, Ronaldo is likely to be involved against Qatar.

Santos said: ‘He (Ronaldo) will go to the game (against Qatar) because he needs playing time. It’s important to him at this stage.

‘The last full game he played was in the Champions League (against Villarreal on September 29).

‘If he only plays against Luxembourg, he will have practically 15 days without playing with intensity.

‘At this point I will say that there are strong possibilities of Ronaldo going to the game against Qatar, either starting or coming on later during the second half, so that the competitive rhythms are at their maximum against Luxembourg.’ 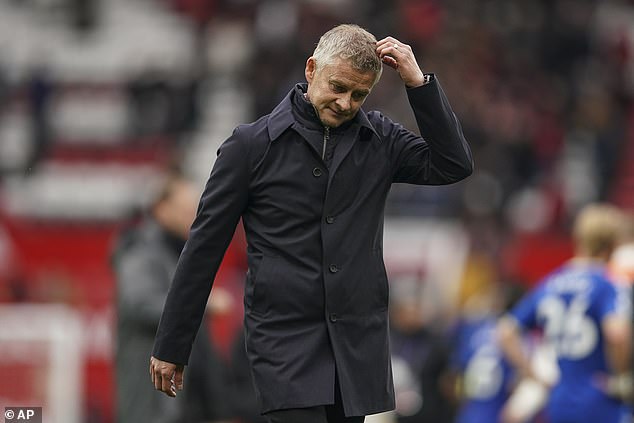 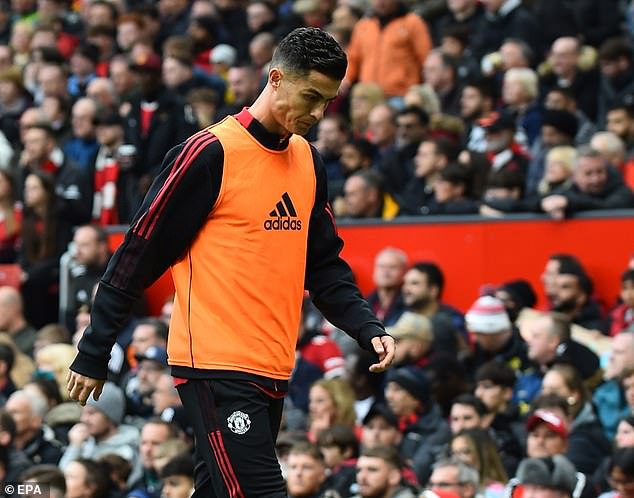 Solskjaer received much criticism for naming Ronaldo amongst the substitutes against Everton.

Since rejoining United Ronaldo has played the full 90 minutes against Newcastle, West Ham and Aston Villa in the Premier League, while he was also involved for the entirety of the Champions League game against Villarreal as he scored a dramatic late winner.

When United lost 2-1 to Young Boys in their first group game Ronaldo played 72 minutes, with Solskjaer eager to ensure that the 36-year-old isn’t overworked.

Ronaldo has scored five goals in six appearances so far in his second stint at United.

Portugal are top of their World Cup qualifying group having taken 13 points from their five games so far.

Ronaldo won Euro 2016 with Portugal but success in the World Cup has eluded him and he will be eager to be at his best next year in what is likely to be his final involvement in the competition.