By Sami Mokbel For Mailonline

England moved a step closer to booking their place at the 2022 World Cup in Qatar following a dominant 5-0 victory over Andorra on Saturday night.

Here, Sportsmail’s Sami Mokbel takes a look at who impressed and who fell flat over an intriguing 90 minutes at the Estadi Nacional.

Sam Johnston – As expected, had very little to do in England’s goal as Andorra struggled to lay a glove in attack. 6

John Stones – His lack of action for Manchester City should be a concern, but he breezed through this test. Booked. 6.5 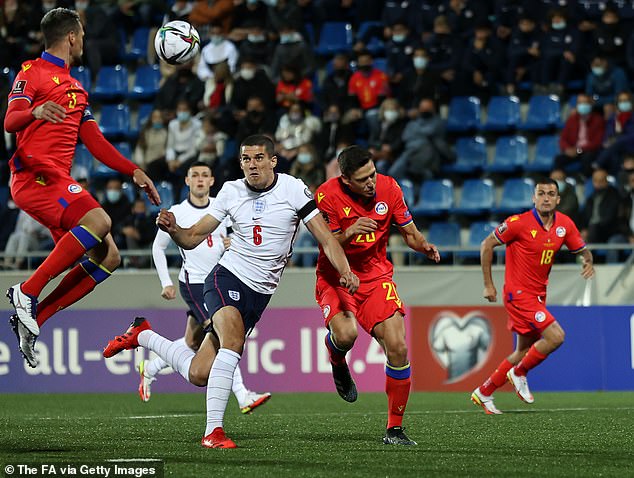 Conor Coady – Never lets England down when called upon. The Wolves captain was fully at ease in Andorra. 6.5

Ben Chilwell – On England’s scoresheet for the first time – though VAR made him wait longer than he’d have liked. 7

Jesse Lingard – Not the buzz of his most recent England performances but did a job for his team in midfield. 6.5

James Ward-Prowse – His set pieces caused the Andorrans a host of problems. Moved the ball around with ease. 7 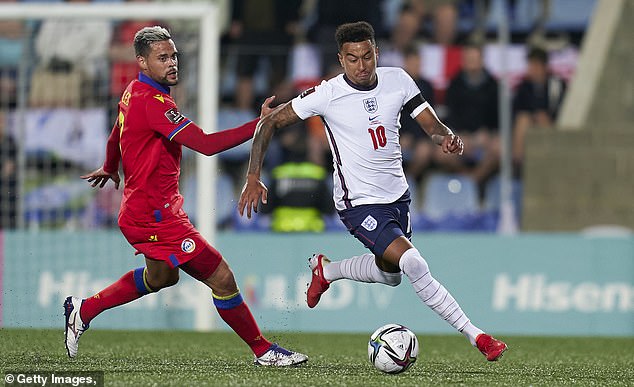 Phil Foden – The star of the show. Swaggered around the pitch with energy and quality – an excellent performance. 8.5

Jadon Sancho – Set up two of England’s goals to cap what was an encouraging display, yet he is capable of much more. Booked. 8

Tammy Abraham – Proved an effective focal point for England’s attacks and scored to cap a bright return to international football. 7

Bukayo Saka – Sharp and a willing runner down England’s right. Scored his third international goal; his England career goes from strength to strength. 7 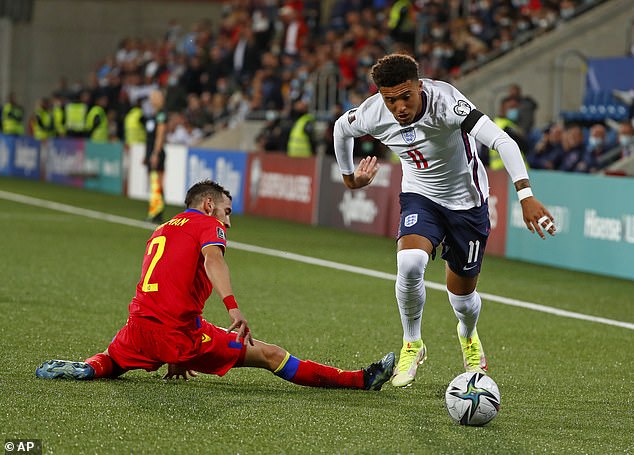 Meanwhile, Jadon Sancho impressed with an encouraging display on the flank for England

Gareth Southgate: Job done. Tuesday’s test versus Hungary should be sterner – but the England boss will recall his big guns at Wembley. 7