From Pieland to the Pyrenees! Sam Tomkins swapped Wigan for Catalans two years ago and is thriving… now he wants Grand Final glory at Old Trafford

When he drove his children to the home in which he was raised, the response was not what Sam Tomkins expected.

‘Is that it?’ asked the eldest.

‘I thought it would be good to show them when I went back last Christmas,’ the father-of-four explains. ‘I told them they were lucky and that when I grew up I didn’t have lots of things, including a swimming pool. Then my son went, “You didn’t have a swimming pool?” and I was like, “Oh my God, I hate my kids!”’ 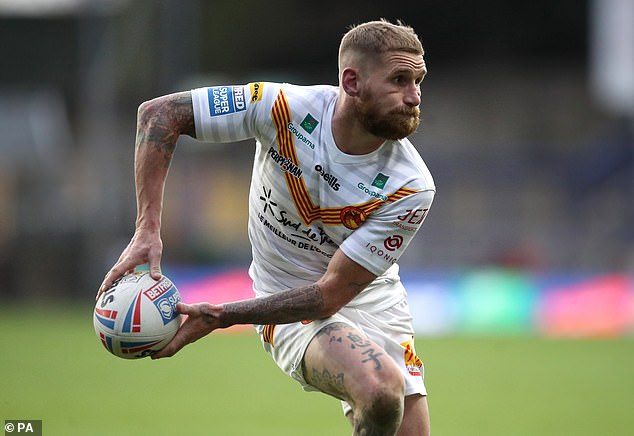 Tomkins laughs at the memory. A man whose sublime skills thrilled his hometown hordes for years is certainly not in Wigan any more.

On Saturday night, knee niggle permitting, the 32-year-old will visit the familiar surroundings of Manchester United’s home on Grand Final night in unfamiliar kit, the famous cherry and white replaced by the Catalonian red and yellow of his current employers.

There were raised eyebrows when Tomkins, then 30, took the considerable talents that had landed him three Old Trafford glory nights from pieland to the Pyrenees two years ago.

There should not have been. This is a man who has made a career from making the right decisions.

Earlier this week he became only the fourth man to win the Man of Steel award more than once. Perhaps more importantly, he is loving life — and that swimming pool.

‘The quality of life is amazing,’ he says. ‘We have the pool in the garden. The weather is good. Every minute of the day my kids, who are all under six, are outside. They’re also in a full French-speaking school.

‘It was tough at the start. I had to peel my son off me on his first day and give him to this lady who couldn’t even say hello. I couldn’t speak any French at the time. I was like, “I’m the worst dad ever”, but if I look back at my childhood, if my mum and dad got that opportunity I’d have hoped they would have pushed me into something similar because it pays off.’

It is paying off in Perpignan, where his Catalans Dragons are based and where the differences with Wigan hit home every time he hits the supermarket. 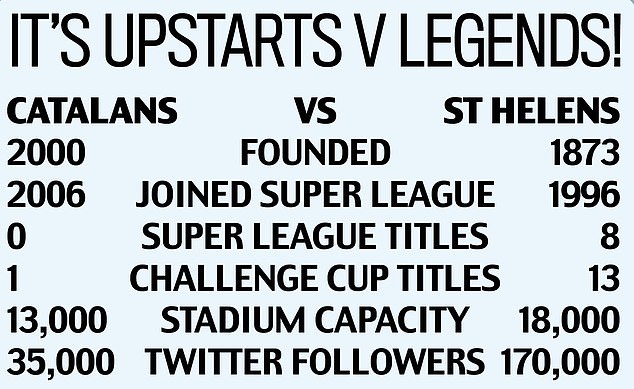 ‘Wigan is a goldfish bowl of rugby league,’ he says. ‘You can’t even go to Tesco in a big gameweek. It’s really intense and it’s not really that enjoyable, that side of it. Every minute spent at training you’re thinking about a big game but when you go home what makes it worse is everybody talking all the time.

‘Your phone keeps pinging — everybody wanting tickets or wanting to know who’s playing this week or such and such. That was the norm for me at Wigan, and not just in finals.’

He has no such issues perusing the aisles — and one in particular — now.

‘When I played in New Zealand I got into the wines,’ Tomkins explains. ‘The wine here is incredible. The wine aisle at the supermarket is the biggest in the store. You can spend hours in it. My wife goes mad. We go doing the shop and I’m just wandering down the wine aisle. It’s cheap as chips as well.’ 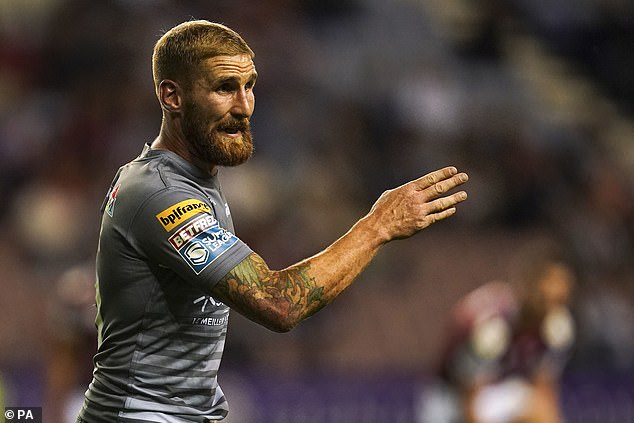 One thing he cannot find, however, are his beloved beans. ‘Heinz Beanz,’ he says. ‘Every two weeks I’m back to pick some up.’

Catalans owner Bernard Guasch runs his own meat company, and Tomkins jokes he had little choice other than to accept his advances when he came calling. ‘I met him at his abattoir and I didn’t know what to expect,’ he recalls. ‘If I’d have given him a no that day I might have ended up in the sausages.’

Guasch appears to have found the right recipe. Catalans go into the final as underdogs to St Helens. But they are already the first non-English team to grace the big show and the significance is not lost on their star man.

‘I’d rank it as high as anything I’ve done,’ Tomkins says when asked where he would place a win tonight. ‘Three Grand Final wins at Wigan — 2010 was the first, 2013 the double and 2018 the last ever game for Wigan, that was special.’

Then arrives wonderment in his voice. ‘This one, we have the chance to win the first trophy for a club, ever,’ he says, pondering the potential of the achievement. ‘That’s got to rank up there.’