Jamie George and Mako Vunipola overcame their recent snubs by England to produce the decisive tries in a 37-23 Gallagher Premiership victory over Newcastle at StoneX Stadium.

A week after falling to a late defeat by Leicester, Saracens were reeling as they made mistake after mistake to help Dean Richards’ visitors reach a commanding position.

But the five-time Premiership champions clawed their way back into contention through a penalty try and in the third quarter George and Vunipola struck from close range.

Neither score was pretty but the front rows delivered when their team needed them and from their newly established position of superiority, Saracens closed the game down.

Vunipola was making his first appearance of the season since returning from the Lions tour to South Africa and, alongside George, he has been overlooked by Jones for England’s initial autumn training squad. 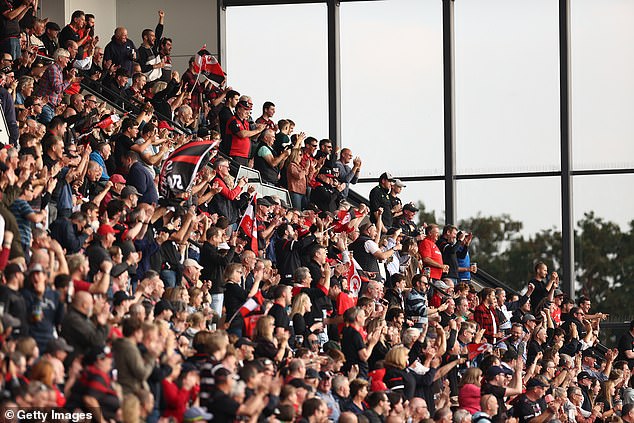 And it was a third discarded England veteran in Billy Vunipola who claimed the bonus-point try in stoppage time.

Owen Farrell spent much of the first half warring with Newcastle players and in heated discussions with referee Ian Tempest but once play settled down he was able to kick 15 points.

Farrell drew first blood for Saracens but they committed a series of errors that invited pressure, starting with Sean Maitland being shown a yellow card for catching the head of Connon with his arm and continuing when Ben Earl dropped a simple catch deep in side his own 22.

Newcastle built from the field position and it was Brown who struck close to the posts as the home defence strayed out of position. 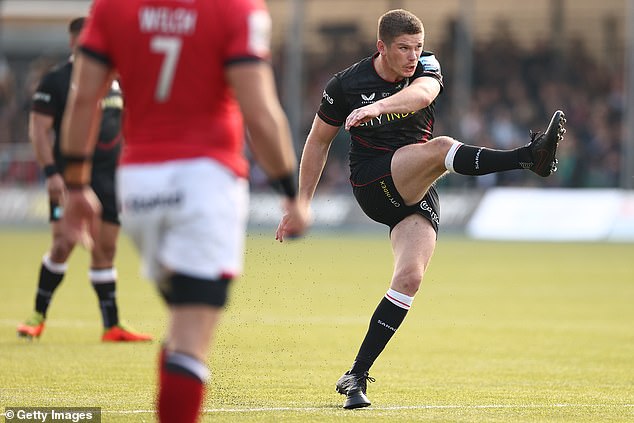 By the 20th minute the Falcons were 14-3 ahead and once against Saracens contributed to their downfall when Billy Vunipola had the ball stripped from his arms by the vastly smaller Connon.

It needed sharp reactions to capitalise on the opportunity in front of the posts and Newcastle leapt into action, feeding Stevenson who bounced off Dom Morris and touched down in the corner.

Saracens continued to implode, with lock Tim Swinson failing to ground properly, denying his side a try, before a line-out maul was brought to a halt when the ball squirted forwards.

And the errors compounded when they petulantly backchatted Tempest, who reversed a penalty which Connon sent between the uprights. 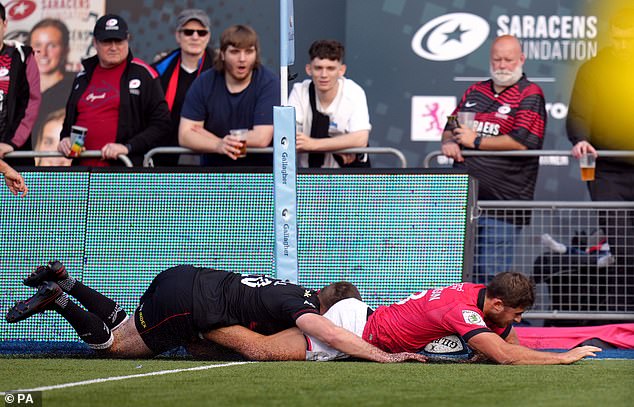 Finally Saracens made some headway shortly before half-time and when a maul was brought down illegally, Tempest awarded a penalty try and showed George McGuigan a yellow card.

The tide was turning and in the 48th minute George levelled the scores by taking a quick penalty and barrelling over the line, somehow getting the ball down despite three Falcons trying to stop him.

Newcastle’s earlier composure and accuracy had deserted them as Mako Vunipola emerged from the front of a line-out maul and marauded across the whitewash.

Farrell and Connon exchanged penalties but the closing moments were all about Billy Vunipola’s try from close range that clinched the five-point haul.