Tyson Fury has revealed how all six of his children will follow him into the ring.

The Gypsy King recently had to dash back from the US after becoming a dad again when wife Paris gave birth to daughter Athena in August.

Now, speaking about his kids in a new interview ahead of his fight in Vegas with Deontay Wilder, Fury, 31, said: ‘They’re all going to box because even if they’re not going to be boxers, it teaches them respect for life.’

Fury also opened up on details about his preparation for the Wilder fight which was disturbed when Covid ripped through his training camp.

Revealing how he shuts himself off from the outside world he said: ‘When I have a big fight coming up, I go into training camp with no kids, no wife, just totally training. I switch my phone off. I have got no phone calls. 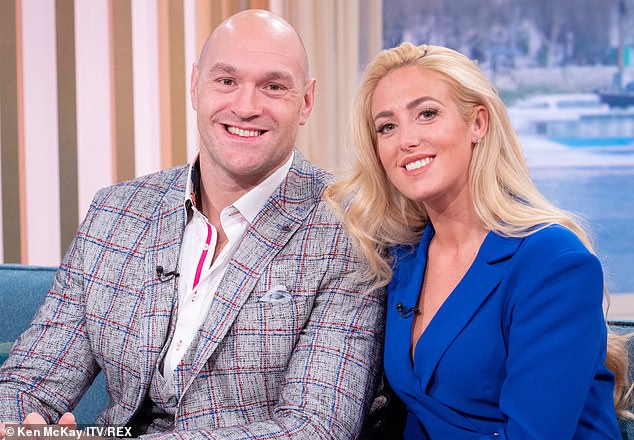 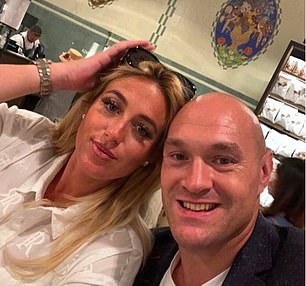 ‘But like you said when you’re in camp for a fight you’re focusing and you’re getting phoned up and told about general rubbish things at home. You don’t need all that. Just a clear mind. As you know I suffer badly with depression and anxiety and all that.’

In the interview, with Wow Hydrate, which comes on World Mental Health Day Fury, who suffers from bipolar disorder, added: ‘While I’m boxing and when I’m through with it, I want to try and invent something to try and cure mental health problems. That would be amazing.’

Fury’s comments come as wife Paris opened up about the realities of being a ‘boxing wife’.

Paris has jetted out to the States to support and cheer Tyson on at the big fight on Saturday night alongside his brother Tommy.

But the mum-of-six has told friends and fans the painful mix of emotions she feels as she waits to watch Tyson go into battle in the boxing ring.

She wrote: ‘We’re here in Las Vegas and we’re starting to get ready for Tyson’s big fight with Deontay Wilder on Saturday.

‘The lead up to a big fight is always a pretty nerve-wracking time but it’s a big moment and I’d always rather be sitting ringside and watching with the family rather than watching at home on TV. 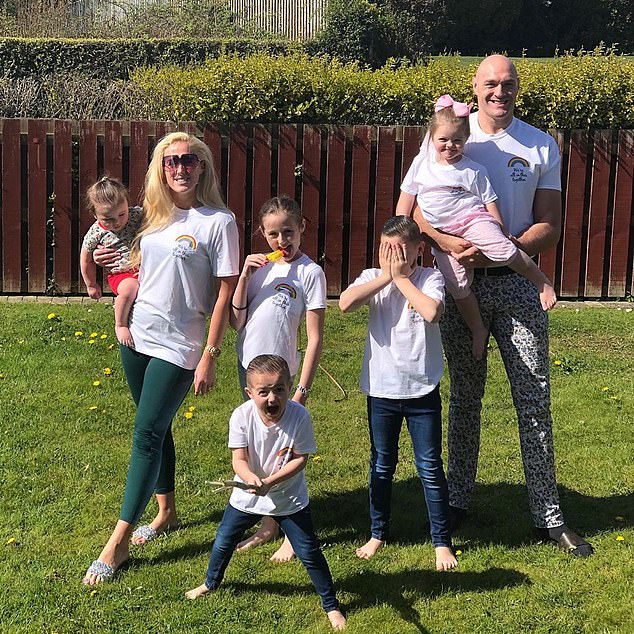 ‘I know coming out to Vegas sounds incredibly glamorous but being a “boxing wife” on match day is a weird mix of being surrounded by a huge buzz and feeling totally sick – it’s so hard to watch your husband go through it – but I know being in the ring is what Tyson loves.’

Friends sent their support to Paris on the post – including Love Island star Tommy’s girlfriend Molly-Mae Hague who said: ‘Supporting all the way… wish I was there! Love to you Paris.’

The Gypsy King comes up against Deontay Wilder as the pair complete their trilogy of fights in Nevada. Due to travel restrictions, Fury’s support looks set to be reduced compared to his previous US bouts.