SAMI MOKBEL: A bit card happy but Kateryna Monzul got most of her decisions right… the Ukrainian led an all-female refereeing team with conviction during England’s win in Andorra

By Sami Mokbel for The Mail on Sunday

The biggest compliment you could pay Kateryna Monzul is that you hardly noticed she was there. That’s all you really want from a referee; male or female.

Perhaps a little persnickety, maybe a little whistle-happy – just as a number of male officials can be.

This certainly wasn’t an easy game to take charge of; the Andorrans were more than happy to leave a little more on the English in the tackle at every given opportunity.

But she defused those clashes with conviction, though you could question whether it was necessary for her to brandish the yellow card as often as she did.

The players appeared unconcerned by it all, too. Ben Chilwell, respectfully of course, had no problem with expressing his exasperation at the Andorrans rough house tactics.

Rebes Ruiz talked his way into the book for remonstrating with the Ukrainian for a free-kick she’d just awarded to England. 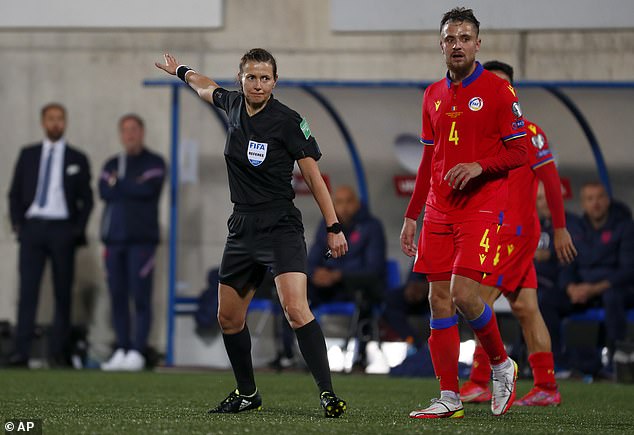 Rebes wasn’t quite so talkative when he escaped a second yellow card for clumping Conor Coady with an elbow soon after.

Of course, the night wasn’t a complete success for Monzul and her all-female crew.

Chilwell’s opener was eventually awarded by VAR after originally being ruled out for offside. That will rankle for a while, but that’s par for the course in modern football.

And once she sees Rebes assault on Coady again she may regret not brandishing the red.

But let’s face it, it’s not like male referees don’t get decisions wrong is it? 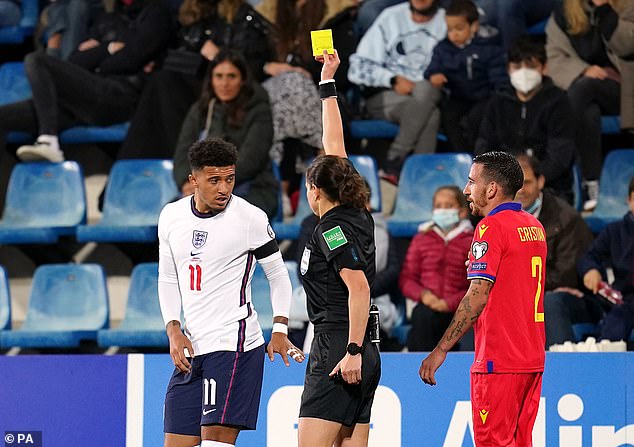