Aaron Ramsey is set to be used as a negotiating chip by Juventus in their attempts to bring back Paul Pogba, but the midfielder remains priceless for Wales.

There is little chance of Ramsey still being in Turin beyond the end of this season, with Juventus frustrated by his frequent injury problems, and Ramsey equally irritated by a training regime he believes stops him from producing his best.

Juve also need his high wages off the books if they are to have a chance of persuading Pogba to return from Manchester United.

Yet with captain Gareth Bale through injury, Wales are looking to Ramsey to boost their prospects of qualifying for the World Cup for the first time since 1958.

In his first qualifier for nearly two years, Ramsey delivered a midfield masterclass, scoring the first goal and running the show as Wales were unfortunate only to draw 2-2 with the Czech Republic in Prague on Friday. They remain in contention for second place in Group E and a play-off spot, but nothing less than victory over Estonia in Tallinn will do tonight/on Monday.

Wales’ performances in the Nations League mean they are virtually guaranteed a spot in the play-offs yet that is likely to bring a tougher tie than if they are runners-up to Belgium in their group.

‘The World Cup is the target,’ said Ramsey. ‘We have been fortunate enough to experience two European Championships in 2016 and 2021.

‘It would be a massive dream to tick off a World Cup. There’s a long way to go but if we can do that, it would sort of complete things.

‘It would be an amazing achievement. It’s probably more difficult to qualify for this than the Euros but we are all ready, you can see it in the performances. The youngsters are ready and it would be nice for the older players as well. 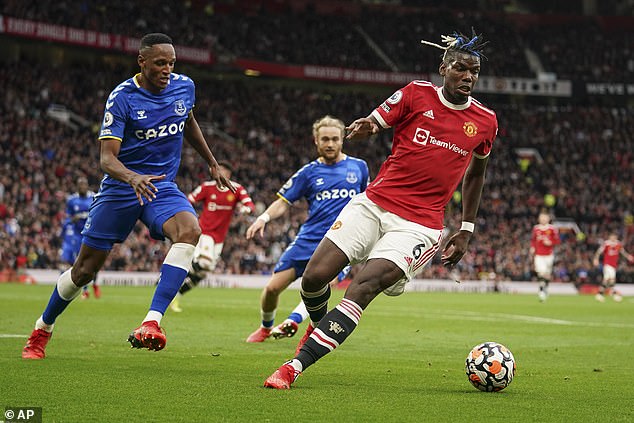 ‘We want to win the game, simple as that. We want to finish second in the group and finish off the job we set out to do. It is always going to be difficult with Belgium in the group to finish top.’

Wales boss Rob Page said before and after the Czech Republic game that he would like to see Ramsey back in the Premier League – a sure sign that this is also the 30-year-old’s wish, two years after running down his contract at Arsenal to move to Serie A.

He added: ‘I am contracted to Juventus and I still have a year and a half left. Hopefully I can still show what I can do there.

‘I am just concentrating on the Estonia game, trying to win there and putting ourselves in a good position to qualify.’