It was a performance worthy of great modern-day No 8s such as Sergio Parisse and Kieran Read. When Harlequins put Bristol to the sword, Alex Dombrandt confirmed his Test pedigree.

His club know they have a special talent and, by rights, England should feel the same way. The 24-year-old has qualities which can’t be taught and which are in tune with the tactical positivity within the game at present.

If he was a Kiwi, he’d be an All Black. No question. Dombrandt possesses a startling repertoire of skill, instinct, awareness and X-factor, along with size and power. Last Friday night, the stand-in Quins captain also made his presence felt at the breakdown, by winning two turnovers. He can be earthy as well as electric.

Afterwards, his head coach Tabai Matson talked about Dombrandt being ‘rare as a loose forward’ and he is. He talked about the anticipation which means he invariably appears in the right place to influence proceedings.

It is as if the game comes to him, as was the case when Parisse was in his peerless pomp – and further back was also a hallmark of Dean Richards’ career.

Eddie Jones was watching at The Stoop and here’s hoping the national coach was impressed. Dombrandt ticked all boxes; with an interception try, seven carries for 91 metres, three defenders beaten, two assists, two off-loads, 13 passes and those two turnovers. He also led his team to a thunderous comeback victory. 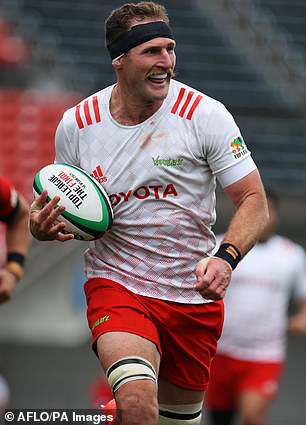 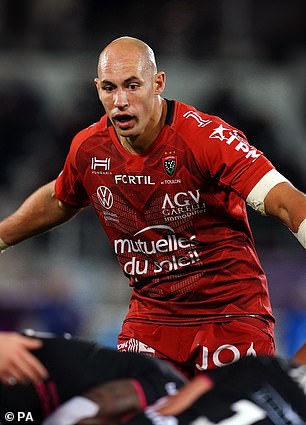 For many years, Jones’s chosen man at the base of the scrum has been Billy Vunipola – a massive ball-carrying asset when the force is with him. Sadly, the force hasn’t been with him too often in recent years, so a re-think may be on the cards.

Dombrandt made his Test debut against Canada, so he is actually the incumbent No 8. If he keeps playing like he did against Bristol, it would be fair to consider persisting with him.

Jones values physical clout in the role, but Dombrandt weighs 18-and-a-half stone, which means he is much lighter than Billy Vunipola, but around the same as Duane Vermeulen and heavier than the likes of Parisse, Taulupe Faletau and Ardie Savea. But he is not a route-one blaster, he is dynamic and multi-dimensional.

Dombrandt forms a telepathic double-act with Marcus Smith for his club and the prospect of the pair being unleashed together in the autumn campaign at Twickenham would be an enticing one for England fans. It would enhance the scope for artistry, line-breaks and off-loads galore. 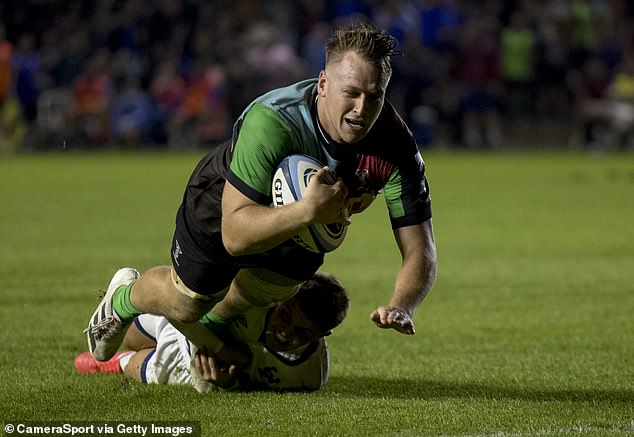 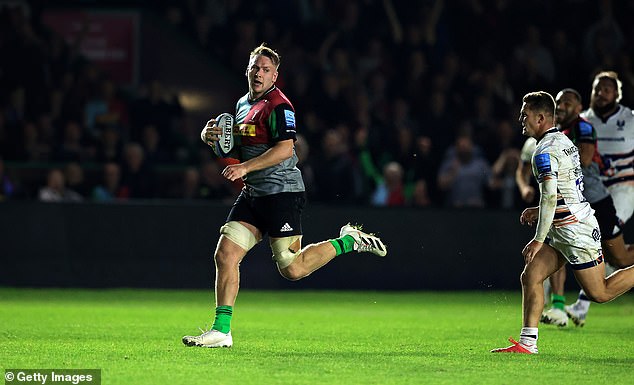 When asked about Smith, Matson used the phrase: ‘In this system, he is exceptional’. It was a pertinent comment which equally applies to Dombrandt.

If he is picked, it should be on the basis of letting him play naturally, not demand that he fits into a rigid mould or game plan. It would be a criminal waste if his talent is ignored, or all the flourishes are coached out of him.

There are more than enough identikit rugby machines who can hit rucks, run in hard, straight lines at defenders and lift huge weights. Those who do more than that are precious and should be treated as such.

The same can be said for Sam Simmonds, who was back with a bang for Exeter on Saturday – scoring two tries, including one brilliant solo effort. He is a mould-breaker, as is Dombrandt. England have two wonderful options capable of catapulting them into a bold new era.