The announcement of Joe Root’s 17-man Ashes squad was accompanied on Sunday by a change of tactics, as head coach Chris Silverwood promised to target stumps rather than bodies in a bid to regain the urn England last won in 2015.

Until injuries struck down Jofra Archer and Olly Stone during the summer, Silverwood had hoped to hit Australia with express pace. And with Ben Stokes, who is also capable of rattling the speed gun, missing, too, only Mark Wood remains of the 90mph brigade.

But Silverwood sounded undaunted by the prospect of trying to avoid a fourth series defeat inside a year in a country where England have won only five series out of 21 since World War Two. He even encouraged his players to embrace the role of underdog, which is assuredly theirs.

‘Every plan has got to be adaptable,’ he said. ‘We have one 90mph bowler in Woody, but the one thing we have got in the attack is supreme accuracy.

‘They are very good at bringing the stumps into play, time and time again. We watched how India performed in Australia and we tried to learn lessons from them.

‘I should imagine there are expectations from the Australian public on them to win. But we believe we have a squad who can do something special.’

There were moments as Silverwood assessed his depleted party when he sounded like the Black Knight in Monty Python and the Holy Grail.

As his left arm is hacked off, the knight insists: ‘Tis but a scratch.’ The disappearance of his right is ‘just a flesh wound’.

After being dropped one Test into the home series against India, Zak Crawley returns for another chance in conditions that should, in theory, favour his back-foot strengths. 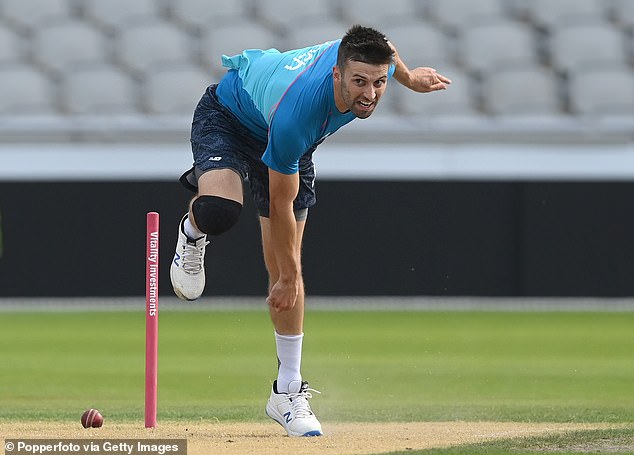 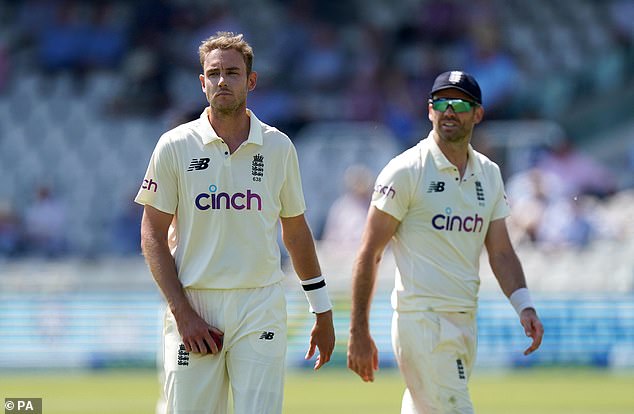 There is a recall for off-spinner Dom Bess, who was dropped, then picked again, during the tour of India earlier in the year, before being ignored all summer.

Silverwood admitted both Livingstone and Parkinson were discussed but their omission is in keeping with the ‘bore them out’ strategy for the bowlers.

Relentless line and length helped England win the 2010-11 Ashes 3-1, but they were partly helped by a damp Australian summer, and partly by the strength of their own batting, with four totals over 500.

This time, Root — Test cricket’s in-form batsman — bears an almost impossible burden, though his standing within the dressing room has grown during the tortuous negotiations between the ECB and Cricket Australia about quarantine arrangements for the players and their families. 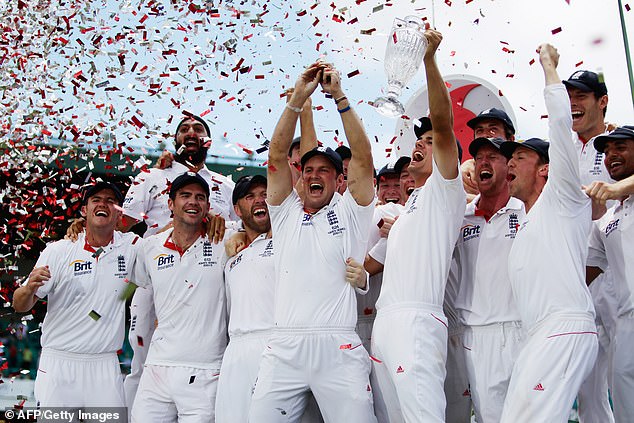 ‘He showed a lot of class and empathy towards both sides of the argument, towards CA and towards his players,’ said Silverwood. ‘His players have got behind him and will follow him, so will I and my staff.’

England know, however, that their task has almost doubled in size since it became obvious Stokes would be missing, even if time away from the game and a second operation a week ago on his broken left index finger are said to have perked him up.

And Silverwood will be alert to the importance of avoiding the will-he-won’t-he agonising that took place during the 2017-18 Ashes, when Stokes flew to his native New Zealand amid rumours he was about to make his Test comeback following the fateful night out in Bristol.

He didn’t then, and is unlikely to now, with the coach stressing the importance of ensuring Stokes is in the right frame of mind. 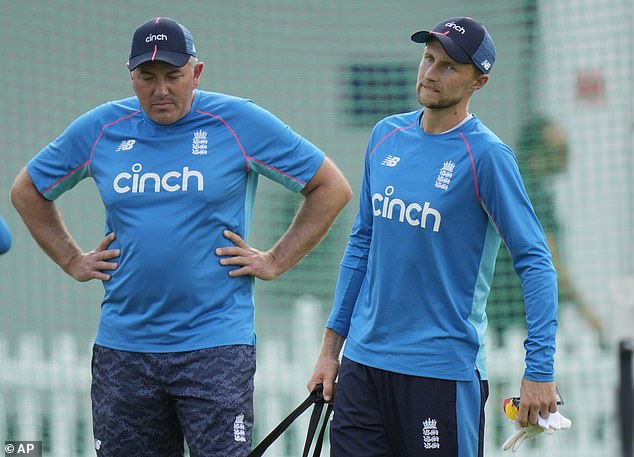 ‘There’s no pressure,’ said Silverwood. ‘I’m not going to tell him when he comes back. I’ll be led by him and my concern first and foremost is his wellbeing.

‘When he does come back, we’ll make sure he’s in the right place. We have some very good players who are match-winners.’

Who those are, other than Root, is not immediately clear in a team who have spent much of the year unable to rack up big totals.

‘We have to score runs,’ said Silverwood. ‘We do need people to put their hands up. It’s something we’ll work very hard on.’

Hard work is one thing. Translating it into results may prove quite another.