Daniel Cormier has criticised referee Russell Mora for allowing Tyson Fury too much time to get back onto his feet after the Gypsy King retained his WBC belt with a second straight win against Deontay Wilder.

Fury sealed another thrilling victory at the T-Mobile Arena in Las Vegas thanks to an 11th-round knockout following a heavy shot with his right hand.

Fury had previously knocked the Bronze Bomber onto the canvas in the third and 10th rounds, but Wilder responded to his knockdown first time round by responding twice in the following round. 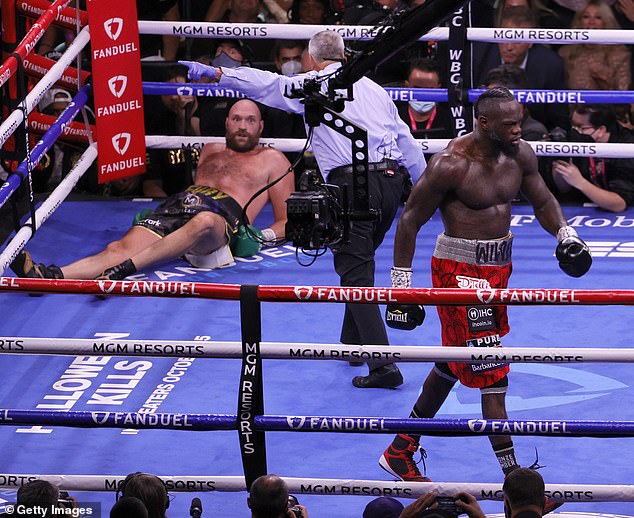 Two huge shots from Wilder saw the defending WBC champion tumble to the floor twice in quick succession, but the latter survived Mora’s count of eight to live on and get back on his feet, before eventually ending up retaining his title.

But after commentator Andre Ward was left unconvinced – calling the referee out for counting to eight too slowly – Cormier tweeted saying that he agreed and that Fury had potentially been let off the hook.

‘The count was crazy slow,’ Cormier tweeted.'(The referee) isn’t supposed to stop  counting to tell Deontay to go to his corner.’ 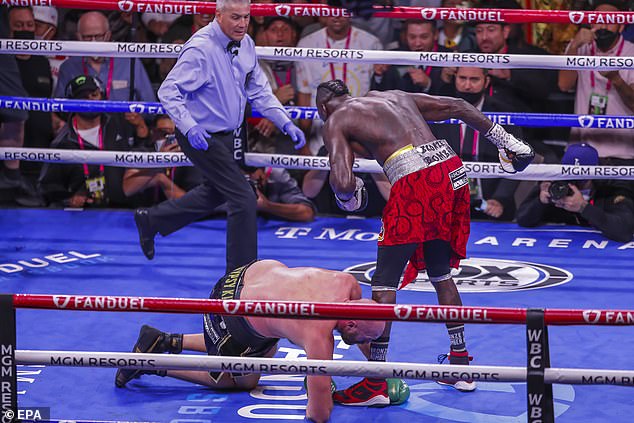 After knocking Wilder down in round three, the American responded emphatically soon after 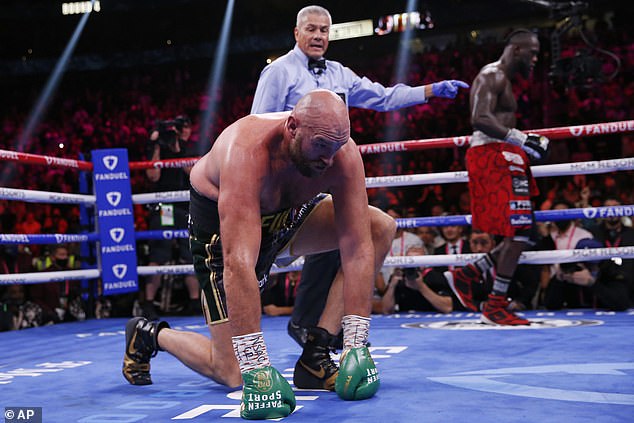 Fans on social media also agreed that Mora had counted too slowly when Fury had fallen to the floor.

One tweeted: ‘That was clearly slow count!! Not a Wilder fan but that’s too slow,’ while another said: ‘I was rooting for Fury, but the commentator was right to point out that the count in the fourth round was too slow.

‘The ref interrupted the count to tell Wilder to go back to his corner.’

Speaking after his victory however, Fury denied that he was hurt by Wilder’s two knockdowns in the fourth round, and declared himself the greatest heavyweight fighter of his era.

That was a slow count… we gotta fight!!

‘I got up and was very conscious the whole time. I was one punch away from knocking him out in the whole fight.

‘I am the greatest heavyweight champion of my era, without a doubt. Number one. If you play with fire long enough you will get burned.’

I was rooting for Fury, but the commentator was right to point out that the count in the fourth round was too slow. The ref interrupted the count to tell Wilder to go back to his corner.