Lukasz Fabianski was reduced to tears as he made an emotional final appearance for Poland on Saturday night.

The 36-year-old brought an end to an international career that started in 2006 and encompassed him making 57 appearances for his country.

As he left the pitch to be replaced by Radoslaw Majecki, Fabianski kissed the Poland badge and was also embraced by team-mates including Robert Lewandowski.

Having announced his international retirement in August, Poland took the opportunity to give Fabianski a farewell appearance in this World Cup qualifier.

Fabianski was included in Poland’s squad at five major international tournaments, although he was often a backup. He did, though, feature prominently at Euro 2016. 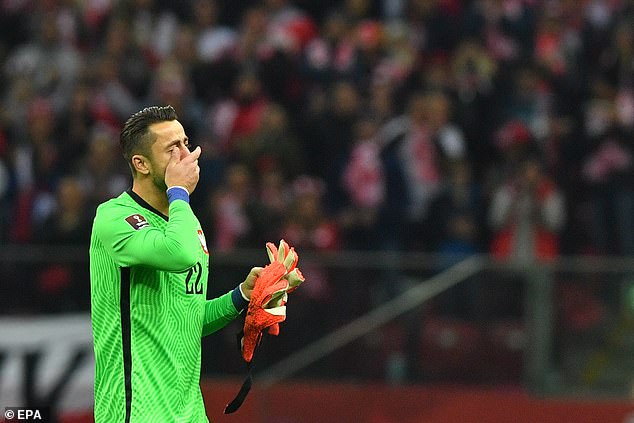 The 36-year-old made 57 appearances for his country, with the last coming against San Marino 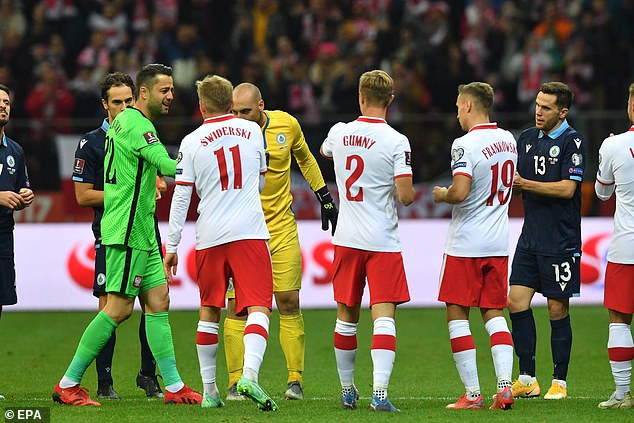 Poland, as expected, won comfortably against San Marino, with Karol Widerski, Tomasz Kedziora, Adam Buksa and Krzysztof Piatek all finding the net, while Cristian Brolli scored an own goal.

Although his international career is over, Fabianski intends to carry on playing at club level for some time and has started all seven of West Ham’s Premier League games so far this season.

In March he signed a new contract with West Ham which runs until the end of June 2022.