Marcus Rashford has revealed he battled through the pain for almost a year to play for Manchester United and England last season.

The 23-year-old made 64 appearances in total across club and country during the 2020-21 campaign – but it was a term that was blighted by a shoulder injury suffered in September last year.

Rashford finally underwent surgery for the problem in August after 11 months of trying to shake the persistent niggle. 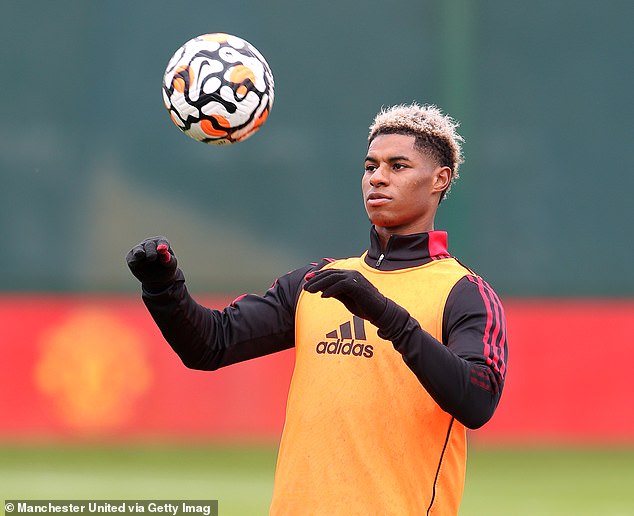 And now nearing his first appearance of the season, the forward says he is ‘in a much better place physically and mentally’ having undergone surgery.

‘My recovery is – I wouldn’t say coming to an end because obviously I have to keep looking after it – but I’m in a much better place physically and mentally,’ he told BBC Breakfast.

‘Last year was a very long season for me, I got this injury at the end of September and gradually it got that little bit worse, but now I’m fully free of that, I feel much better physically and mentally.’

Rashford returned to action on Wednesday, scoring twice in a friendly against Blackburn Rovers held behind closed doors which United won 3-0.

He could now feature for United on Saturday when they travel Leicester City in the Premier League.

The Red Devils are fourth in the Premier League but pressure is mounting on Ole Gunnar Solskjaer after a 1-0 defeat at home to Aston Villa was followed up by a frustrating 1-1 draw with Everton at Old Trafford. 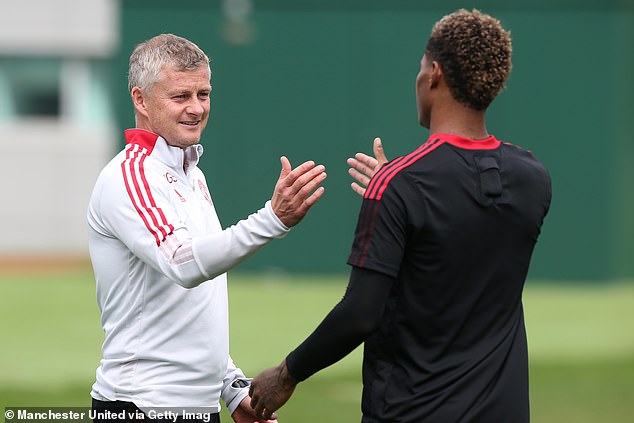