This is the moment an actor performing at Russia’s famous Bolshoi Theatre was killed by a piece of the set while the audience looked on, thinking it was part of the act.

Video shows a large backdrop being lowered on to the stage during a performance of 19th century opera Sadko on Saturday night as 37-year-old actor Yevgeny Kulesh got trapped underneath and crushed to death.

It is thought that Kulesh – who had performed at the theatre since 2002 – walked the wrong way during the set change and then could not get out of the way of the backdrop in time.

The orchestra abruptly stopped playing as actors began screaming for help, while bemused spectators thought they were witnessing part of the performance before the full horror of what was happening dawned on them.

Actors can be seen frantically waving their hands to alert staff to the tragedy, while screams of ‘Get a doctor! Call an ambulance, someone got hit by the backdrop!’ rang out around the hall as Yevgeny lay trapped 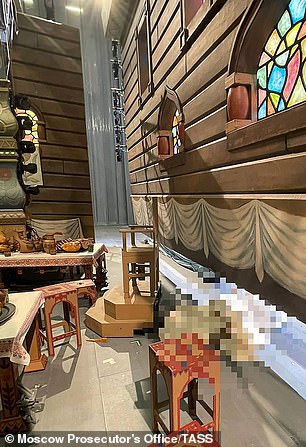 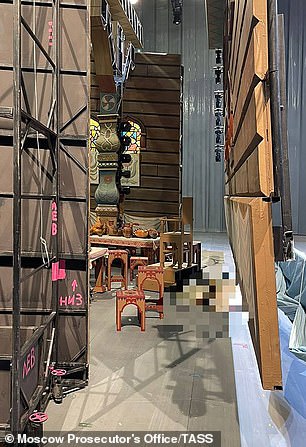 Yevgeny Kulesh, 38, somehow became trapped underneath the backdrop and was subsequently crushed to death

Ushers then emptied the auditorium as actors pleaded with stage-hands to raise the backdrop so medics could get to Kulesh.

But medics said nothing could be done to help the actor, who was pronounced dead at the scene.

Moscow’s Investigative Committee said it is probing the death, while former Bolshoi theatre actors have condemned the working conditions at the world-famous venue. 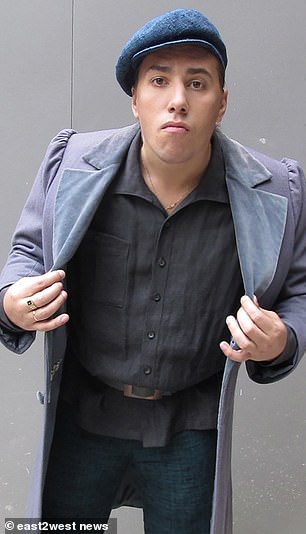 The footage shared online shows panicked performers pleading with staff to lift the prop that had fallen on top of him, as the orchestral music stopped abruptly and actors began screaming.

Actors can be seen frantically waving their hands to alert staff to the tragedy, while screams of ‘Stop, Stop! Call an ambulance, someone got hit by the backdrop! There’s blood!’ rang out around the hall as Yevgeny lay trapped.

An esteemed actor and stalwart of the Bolshoi theatre, Kulesh had performed with the company for almost all of his adult life over the course of nearly two decades.

‘It was awful,’ one witness wrote on Facebook after she was ushered out of the theatre.

‘We arrived at the Bolshoi theatre and sat in our seats. Then suddenly, when the scenery went down during the very first scene, someone shouted: ”Doctor! We need an ambulance quickly, someone fell under the scenery!”

‘The orchestra fell silent and the curtains were closed.’

The witness added that the audience were told by the theatre the performance was stopped due to technical difficulties, but she found out that Kulesh had been killed after speaking to security guards on the way out of the theatre. 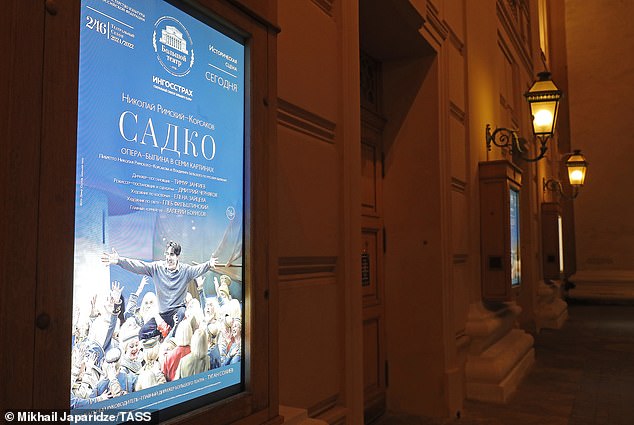 The incident occurred during a set change in Sadko, an 19th century opera by Russian composer Nikolai Rimsky-Korsakov 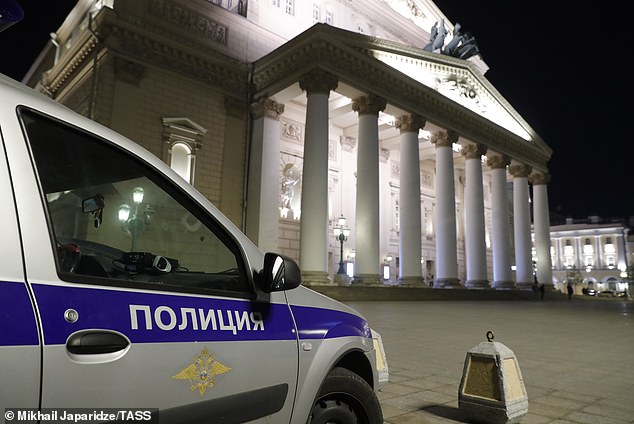 Other theatre-goers on social media said that they first thought they were witnessing a staged trick, but it quickly became apparent what was happening when the other performers reacted in horror.

It is not the first time that Bolshoi theatre workers have been killed or injured during a performance.

In 2013, a senior violinist – Viktor Sedov, who had played violin at the theatre for four decades – died after falling into the orchestra pit, while ballet soloist Pavel Dmitrichenko – formerly a principal dancer of the Bolshoi Theatre – was jailed for six years for organising an acid attack on the company’s artistic director just two years prior.

Nikolai Tsiskardze, a former principal dancer at the theatre, told Russian newspaper Komsomolkaya Pravda following the incident that the company’s actors, dancers and workers suffer frequent injuries and near-misses as a result of the dangerous working conditions.

‘Dancers damage their legs when sets and staircases fall over. I have been screaming about the problems of the Bolshoi for 25 years. There is no order, no medicine, no ethics.’

‘We are all serfs!’ Tsiskardze exclaimed, comparing the treatment of theatre workers to that of the lowest peasant class in tsarist Russia.

‘We must not blame Yevgeny or find a scapegoat.’