Tyson Fury is coming off a hugely impressive second victory against Deontay Wilder, though Oleksandr Usyk’s promoter feels the Gypsy King is no threat to the Ukrainian.

The Gypsy King was knocked down twice but sent the Bronze Bomber to the floor three times as he took an 11th round knockout victory to beat the American for the second time in their trilogy series.

Usyk meanwhile is not long off the biggest victory of his career after he dethroned Anthony Joshua and became just the third fighter after Evander Holyfield and David Haye to win world titles in both the cruiserweight and heavyweight divisions. 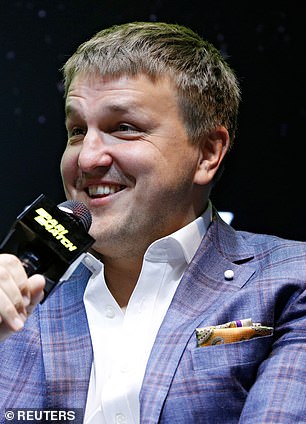 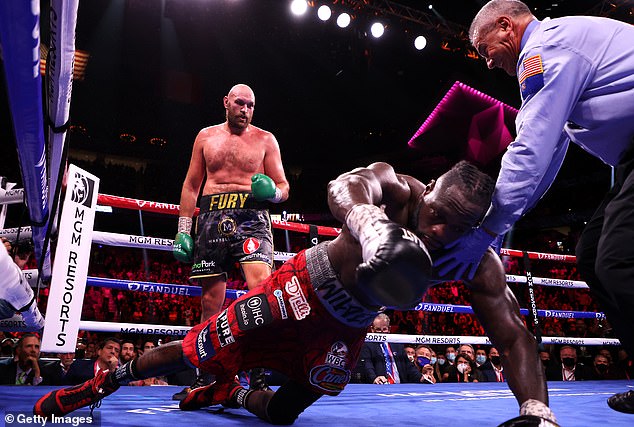 Speaking to the Sun, Usyk’s agent Alexander Krassyuk, criticised both Fury and the defeated Wilder.

He said: ‘Wilder and Fury, in the shape they performed in the fight are a sweet dessert for Usyk because none of them performed with boxing skills.

‘If Usyk shows his technique, his style of technique, I don’t think either Fury or Wilder can do anything serious to Usyk.’ 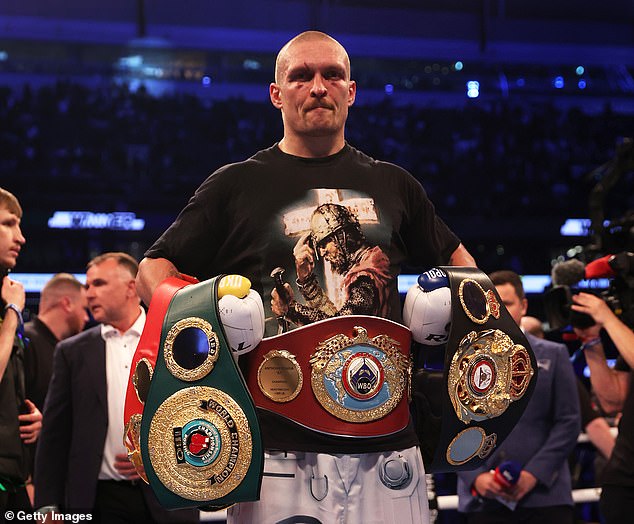 The Ukrainian is one of the best pound for pound fighters in the world and while he couldn’t match Joshua for strength and size in their fight at the Tottenham Hotspur Stadium, the former world champion could not match the Ukrainian’s technical ability.

Both Fury and Wilder were the heaviest they’ve ever been for their fight in Las Vegas on Saturday evening.

Wilder bulked up to 17 stone but failed in his mission to exact revenge on the Gypsy King.

Krassyuk hit out at Wilder as he said: ‘He looked awful, really, really awful because he couldn’t make it with his body, he didn’t get used to that extra weight and he didn’t feel good. 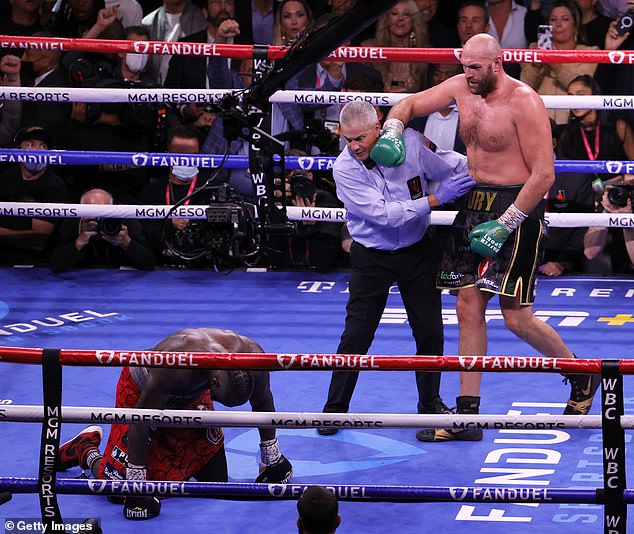 ‘In the fourth round he was already done and survived the rest of the fight till near the end.’

Usyk is set to face Joshua for the second time, after Matchroom Boxing promoter Eddie Hearn revealed that the Brit has triggered his rematch clause with the Ukrainian

Dillian Whyte, who next fights Otto Wallin on October 30, could be next in line for Fury next year.