By James Robinson for MailOnline

Boxing legend Chris Eubank has revealed how he was mugged for his £400 Louis Vuitton bag while out in west London.

The former WBO middleweight and super-middleweight champion says he was left ‘stunned’ when the ‘brazen’ mugger grabbed the brown designer clutch bag from his hands in Edgware Road.

The retired fighter and I’m A Celebrity Get Me Out of Here star, 55, says the mugging took place as he walked out of a Barclays bank branch on Tuesday.

He said the bandana he wore while taking part in the hit ITV reality show was in the bag at the time of the mugging.

Ms Eubank told the Evening Standard: ‘I couldn’t believe it. I was stunned. He couldn’t have known who I was because he wouldn’t have tried it. He was just looking at the prize.

‘It was over in seconds and he was down the road like a sprinter with a baton.’ 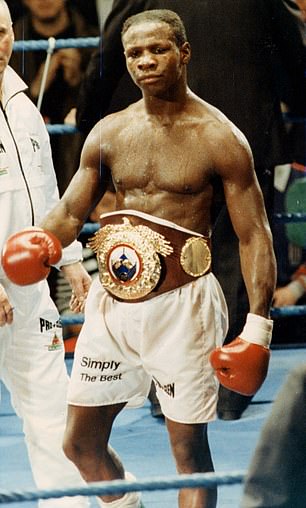 Boxing legend Chris Eubank has revealed how he was mugged for his £400 Louis Vuitton bag (pictured left: Mr Eubank with his bag) while out in west London. The former WBO middleweight and super-middleweight champion (pictured right in the ring) says he was left ‘stunned’ when the brazen mugger grabbed the designer clutch bag from his hands in Edgware Road.

Mr Eubank said the ‘brazen’ but ‘well-dressed’ crook made off so fast he didn’t have time to chase him.

Instead, the retired boxer said he ran back into the bank to report the mugging and the police were called.

‘It’s a sign of the times – they don’t care about confronting someone like me, so nobody is immune,’ he told the Evening Standard.

Mr Eubank says the bag has sentimental value as he has owned it since 1992 and the French fashion house no longer makes them.

The bag also accompanied him to Las Vegas, where he married his second wife and manager Claire in September 2014.

Mr Eubank said a bar of Waitrose Belgian chocolate with hazelnuts was also in the bag at the time.

The boxer explained: ‘That’s what’s really messed up my day. It’s been in there for six days just ready to eat. I like it at that temperature and they took it.’

Police say they were called to Edgware Road at around 1.30pm yesterday to reports of a ‘bag snatch’.

They said there have been no arrests and no one was injured. 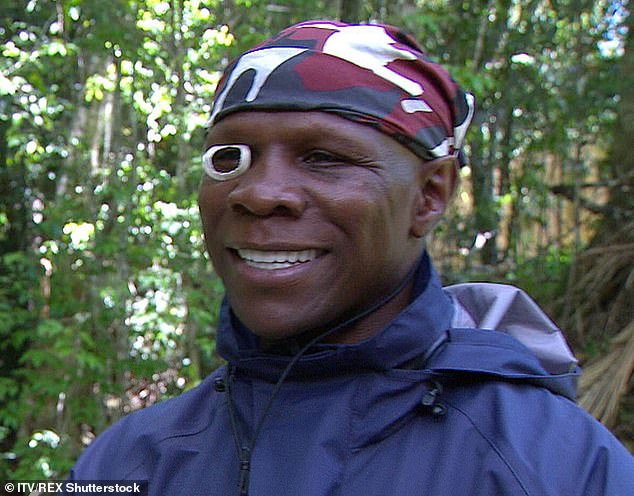 The incident comes just months after the tragic passing of Mr Eubank’s son Sebastian, who died in July at the age of 29 of a heart attack.

He was swimming in Dubai at the time of the incident, which took place just a month after he became a father for the first time with his fiance Salma.

Speaking candidly to Good Morning Britain hosts Richard Madeley and Susanna Reid, the retired boxer, said he would ‘never get over’ the loss of Sebastian – who he described as a ‘true champion.’

He said: ‘We have to be objective. What have I learned? What do I say that can possibly actually give people a view of a mindset you should have? I look at the life of Sebastian, and Sebastian was a true champion.

‘I rejoice for my son. Sad? I’m on television now so I’ve got to be objective, so I’m not going to break down. There’s two views with my son: the physical, I will never get over.

Sebastian was third eldest of Chris’ five children – and was also a light-heavyweight boxer.

He lived in Dubai with his wife Salma and newborn son Raheem, and worked as a personal trainer.