Lewis Hamilton could face another grid penalty this season due to reliability concerns over the Mercedes engine.

The seven-time world champion took on a new Internal Combustion Engine (ICE)  at the Turkish Grand Prix which cost him pole position, as he was relegated to 11th on the grid after setting the fastest time in qualifying.

Hamilton raced back to finish fifth, although he lost the lead in the drivers’ championship to Max Verstappen who finished second behind Valtteri Bottas. 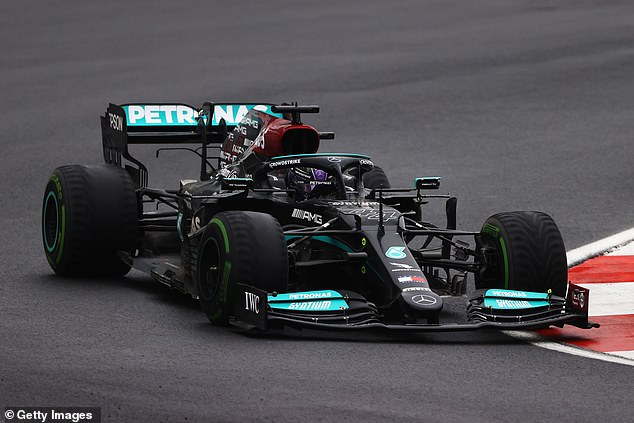 The Brit is now six points behind the Dutchman in the fight for this year’s title, and Mercedes team principal Toto Wolff has refused to rule out another grid penalty before the end of the season.

Wolff told Sky Sports F1: ‘It (the ICE) can last until the end of the season but there could be a moment we say it is worth taking a fresh one because the other one is still at risk.’

Hamilton’s new ICE in Turkey was his fourth of the season – which is one more than permitted in the sport’s regulations.

A fifth power unit would lead to another grid penalty and would match the number used by team-mate Bottas in the other Mercedes. 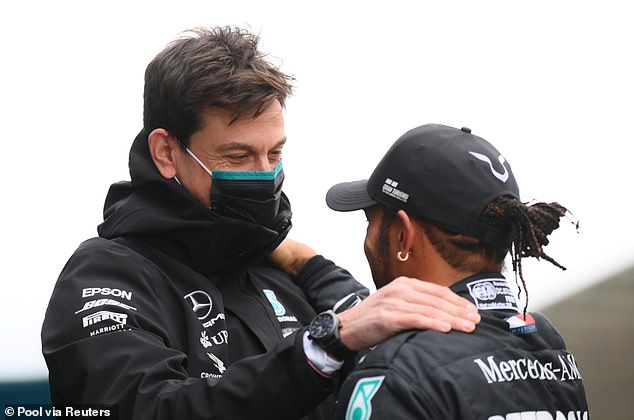 Mercedes boss Wolff said that Mercedes ‘had to’ change the engine component in Turkey to reduce the chance of a mechanical failure which would have resulted in Hamilton not scoring a single point.

The Austrian team principal said: ‘We had to do it (the engine component change). We saw some data on the Internal Combustion unit that didn’t look very promising and a DNF is a total killer for the championship.’

He added: ‘We’ve seen over the course of the season that we’ve had some little gremlins that we weren’t completely sure where they came from and how much performance they could potentially cost.

‘I think we understand much better now where the root cause lies and it’s something that can happen from time to time if you just have a material issue, a batch problem and these are the things you need to consider.’

Grid penalties could be crucial in the outcome of this year’s championship battle between Hamilton and Verstappen. 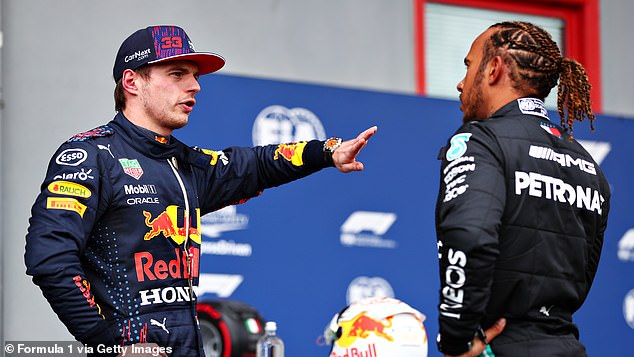 The Red Bull driver had his own engine penalty at the dramatic Russian Grand Prix, in which he clawed his way from 20th place to second after a late rain shower boosted his progress.

After the Turkish Grand Prix, Hamilton said that he ‘didn’t give any energy’ to concerns over the reliability of his Mercedes engine.

He added: ‘It’s not my job to worry about that stuff, so I let the guys focus on that, worry about it.

‘My engine is in good condition. My first engine, I think, did six races. We still have engine two, and I think engine three is still there.

‘As far as I’m aware, hopefully I don’t have to (use a fifth engine), but I can’t predict what’s up ahead.’

Remaining races will see the teams travel to the United States, Mexico, Brazil, Qatar, Saudi Arabia and the season finale in Abu Dhabi on December 12.