Manchester United’s squad of 2008, are still sharing messages ‘every two minutes’ in a team WhatsApp group more than 10 years after they won the Premier League title and Champions League, Patrice Evra has revealed.

Former full-back Evra says the ‘Class of 08’ was more than a team, ‘it was a family’ and they share a laugh at each other’s expense every morning.

But Arsenal legend Thierry Henry, who will provide expert analysis of Premier League matches alongside Evra on Amazon Prime Video this season, was quick to shut down any suggestion he should jump on a WhatsApp chat with his former team mate, Martin Keown, because he talks too much.

Henry and Keown were both part of the Arsenal’s 2002 and 2004 title winning sides.

United’s 2008 squad, which included club legends Edwin van der Saar, Cristiano Ronaldo, Gary Neville and Rio Ferdinand, as well as Evra, has been described as United’s best-ever team, featuring eight or nine players who were arguably the best in the world in their position.

They formed a strong bond under boss, Alex Ferguson, between 2006 and 2009. when United won consecutive Premier League titles, peaking in 2008, when they added the Champions League to their list of achievements.

‘For many players, when they retire, what we miss the most is the dressing room. All the banter, all the stories. Everything happens inside,’ Evra said as he appeared with  Henry in a lively session to launch Prime Video’s winter sports schedule. 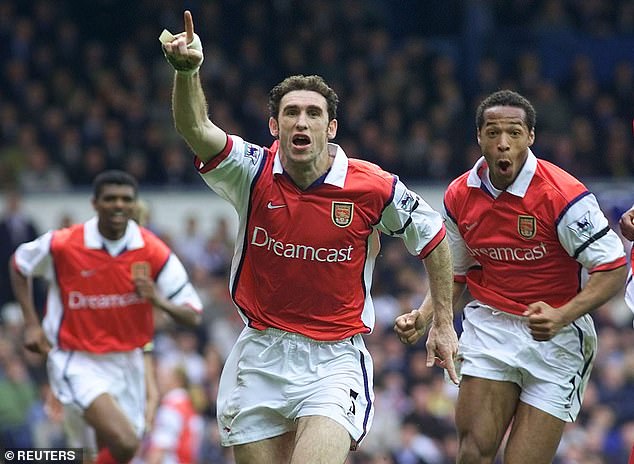 While Manchester United’s ‘Class of 08’ are still in touch on a WhatsApp group, Thierry Henry (right) and Martin Keown (centre) will not be linking up on social media

‘I spoke with [Edwin] van der Sar when he retired and I said, ‘how are you doing?’ And he said, ‘Patrice I just miss you guys’.’

‘We are lucky, the United group we still have a WhatsApp group. We are everyone, so every morning we just laugh off each other. We have still got that. 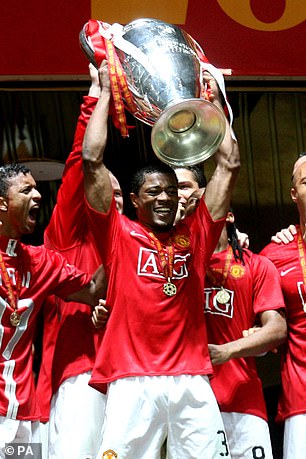 ‘It is most of the players from 2008 when we won the Champions League. It is really active. Every two minutes. Rio created it. We just keep connected and have a laugh. It was not just a team, it was like a family.’

In 2008, the Red Devils pipped Chelsea to the Premier League title by two points, before defeating the Blues on penalties, after a 1-1 draw in Moscow in the final of the Champions League.

Arsenal’s golden period came in the early 2000s, when Henry was scoring at one end and Keown keeping them out at the other. They won the Premier League title twice together in three seasons.

Keown, a columnist for Sportsmail, revealed last year that Henry would complain about him for being too aggressive in training.

And at the time, Henry told GQ Magazine that English players would kick the Frenchman in training to toughen him up for the Premier League, with Keown ‘hitting me – all the way to the dressing-rooms’.

The pair have often spoken of their admiration for each other since, but Henry was quite clear he would not be joining his former team mate and MOTD pundit, Keown, on any social media platform. 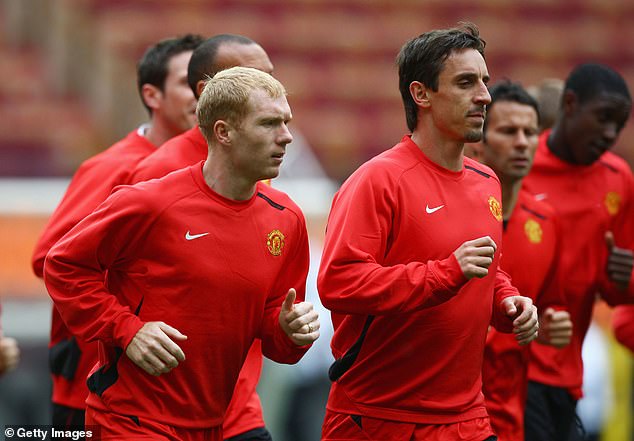 Gary Neville, pictured ahead of the Champions League final in Moscow in 2008, alongside Paul Scholes (left) and Ryan Giggs (right) rated the 2008 teams as the club’s best ever

‘I guess you and Martin Keown have got a WhatsApp group?’ teased Gabby Logan, one of Prime Video’s presenters, who will front Premier League coverage on the first weekend in December and again on Boxing Day, when every match will be screened live.

‘Martin… ?’ replied Henry with a quizzical look. ‘He was a hell of a player. Ooof, Martin… sometimes he needs to take a break. Because Martin could speak for England.

‘No, no. I am definitely not in a WhatsApp group with Martin. Lovely guy though, amazing player. But not that.’ 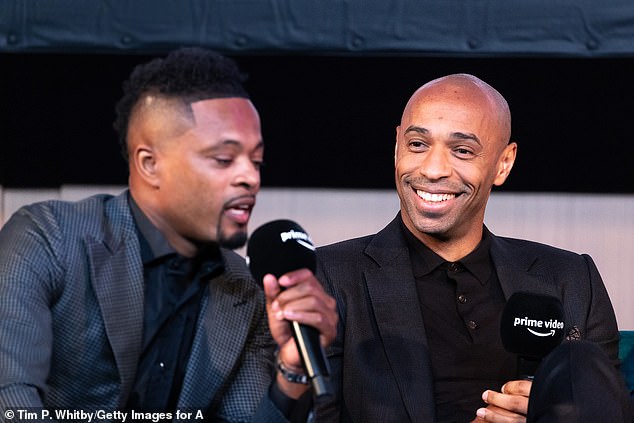 The United team that was victorious in 2008 has been described as the club’s best ever by Gary Neville, who was a key member of the side.

On top of the honours the team secured, United also lost in the semi-finals of the Champions League to eventual winners AC Milan in 2006-07 and then lost the 2008-09 final to Pep Guardiola’s Barcelona, widely considered to be the best ever club team in world football.

‘Without that great Barcelona team, I think that this would’ve been the greatest,’ Neville told Sky Sports last year.

‘There were eight players, I would say at the time Edwin Van der Sar, Patrice Evra, Nemanja Vidic, Rio Ferdinand, Paul Scholes, Ryan Giggs, Wayne Rooney, Cristiano Ronaldo, Carlos Tevez, you could put them in any team in the world, they were world class,.

‘I don’t think Manchester United have ever had a team that had so many world class players, and I look back at all the teams in history. Of course, there has been world-class players at Manchester United but to have eight almost nine best in position almost in the world at that time, it was an unbelievable team.’ 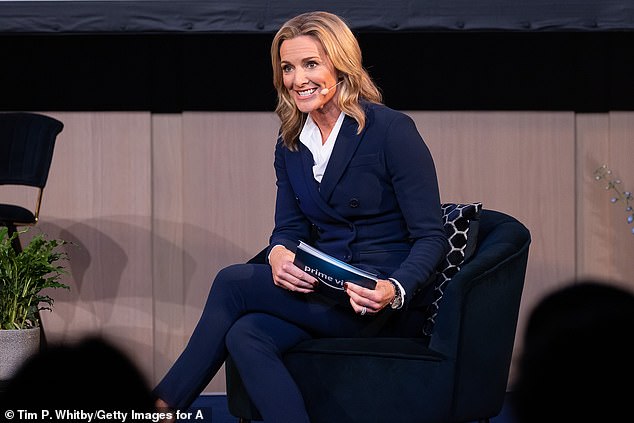