Cam Norrie’s passable impression of a threshing machine continued on Wednesday night as he fought his way into another last eight.

The British number two dragged himself into the quarter finals of the BNP Paribas Open with a dour 6-4 4-6 6-2 victory over American Tommy Paul that took two hours and a quarter hours in the desert heat.

A run of six consecutive breaks of serve ended with him holding serve for 3-2 in the decider, and finally being able to defend his lead from there. 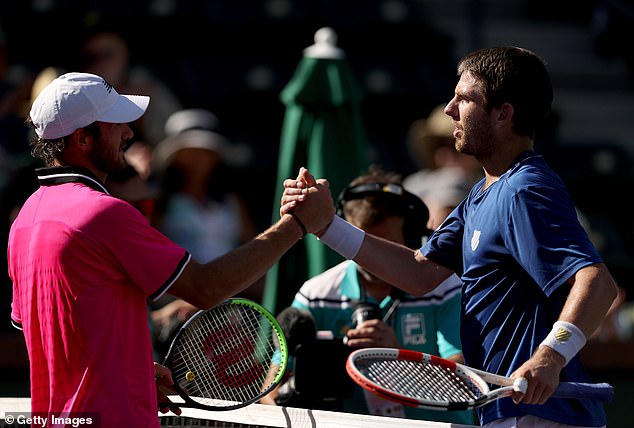 Norrie has now won 44 matches on tour in 2021, following up his recent appearance in the San Diego Open final with three more wins in the past six days.

While it is a simplistic comparison, he has claimed exactly as many victories this season as Novak Djokovic, who has skipped this tournament. Only five players have won more often since January.

The 26 year-old left-hander will now face number 1 1seed Diego Schwartzman, conqueror of Dan Evans in the third round. The diminutive Argentinian defeated another of the tour’s form players, Norwegian Casper Ruud, 6-3 6-3 and they will play on Thursday.

Should Norrie prevail he will very much keep alive his hopes of making the eight-man ATP Tour Finals, switching this year from London to Turin.

The Putney-based player is only officially ranked 27 on the current formula, but in terms of the annual ‘race’ he is up to thirteen. With Rafael Nadal definitely out of the Finals, the minimal cut for the lucrative event will be ninth place. 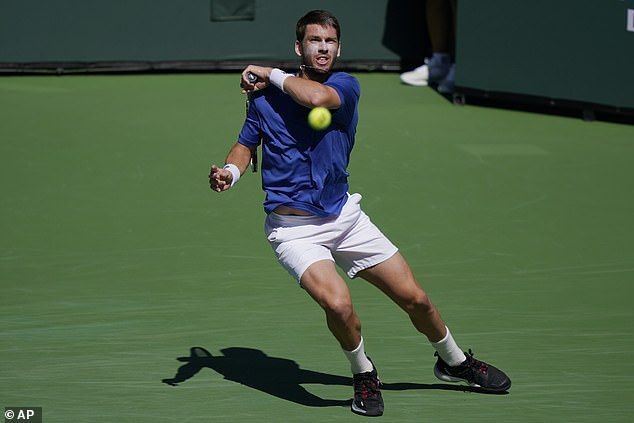 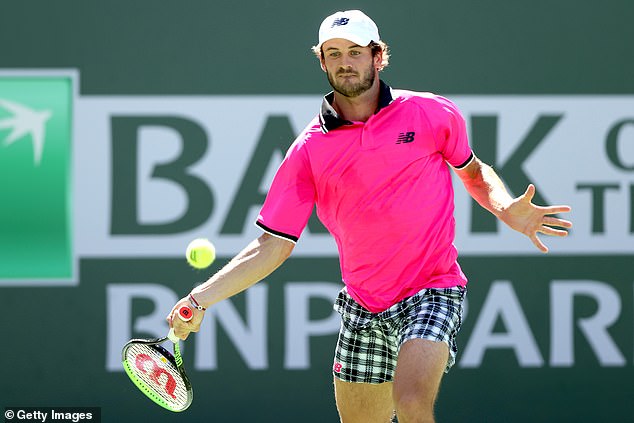 The American, ranked 54 in the world, had beaten him in both their previous meetings

Thursday night will be his first time in the quarter finals of an event this size, a measure of the startling progress he has made in the past twelve months. If he wins he will usurp Dan Evans as British number one.

The prevailing conditions in this parched area of California suit Norrie’s game. The slow hard court with a relatively high bounce make his defences difficult to penetrate, and Paul was unable to punch many holes in him.

The American, ranked 54 in the world, had beaten him in both their previous meetings. Norrie, however, has steadily improved every facet of his game and was quickly in charge.

The American mixed it up more in the second set, and the bizarre sequence of breaks began at the end of it. A marathon third game of the decider saw Norrie needing eleven break points to win it and he proved more durable in the end. 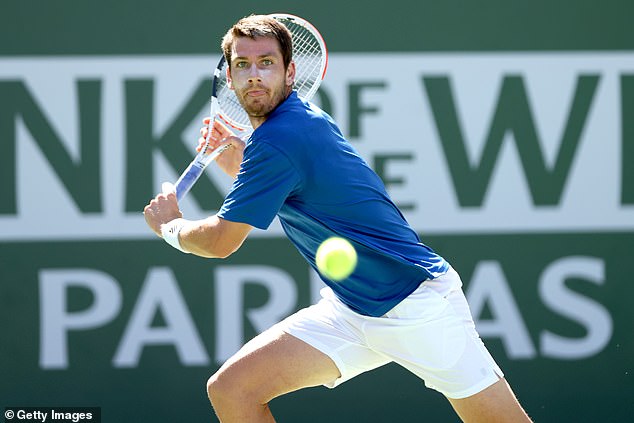 ‘It was tough I managed to sneak through. I managed not to get too down, I’m not playing my best but I’m fighting hard,’ said Norrie.

‘He’s a tricky player. I tried to stay tough when I play a poor game, and he gave me a few freebies at the end.

‘After four years on tour I’m more mature handling the bigger moments now and I’m happy to be through such a scrappy match like today. I will need to rest my legs and get ready to run again tomorrow.’