‘Really, thank you very much’: Jurgen Klopp fumes at Liverpool’s lunchtime kick-off time on Saturday… with the Reds boss sarcastically hitting out at the broadcasters

Jurgen Klopp has unleashed a furious rant at broadcasters who decided Liverpool’s game against Watford would kick off at lunchtime.

The Reds kicked off at 12.30pm British time against the Hornets in the Premier League at Vicarage Road on Saturday afternoon in new boss Claudio Ranieri’s first match.

Liverpool’s Brazilian stars Alisson and Fabinho were unable to play in the match, having just completed international duty with Brazil. 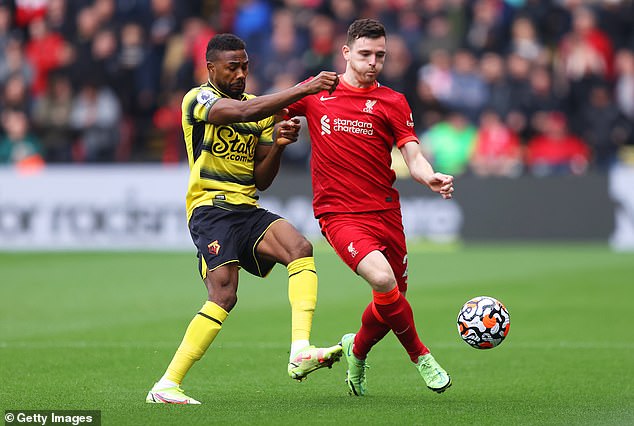 The Reds kicked off at 12.30pm British time on Saturday against Watford at Vicarage Road

He told journalist Des Kelly on BT Sport before the match: ‘I think the broadcasters… whose idea was it to bring us here at 12.30pm, was it Watford’s?

‘If you would not have put us here we wouldn’t have to apply to get it changed, right?