Ryan Sidebottom pinpoints the precise moment he knew he would be part of the first England team to win a global limited-overs tournament.

‘I remember standing next to Graeme Swann for the national anthem before the final against Australia,’ the left-arm seamer says of that historic Twenty20 triumph in 2010. ‘I had butterflies and I’m stood there in Barbados in front of millions of people.

‘Swanny then sang in a sort of operatic Pavarotti voice and when the camera panned across the players to see if we were singing, all I could think was, “Don’t laugh”. The butterflies disappeared, even though I was bowling the first over, and I started to feel really confident.’ 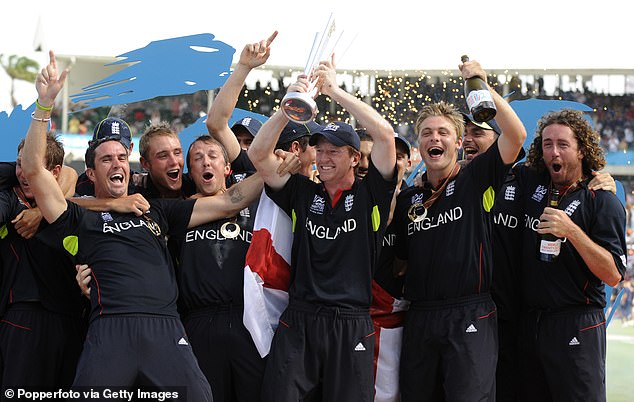 That confidence was more than justified as Sidebottom, a key performer throughout the tournament in the Caribbean after being preferred to Jimmy Anderson in England’s attack, took two wickets in his first seven balls.

‘Winning a global tournament still resonates with people because for English players and fans alike it hasn’t happened very often. I still get messages on social media about it. 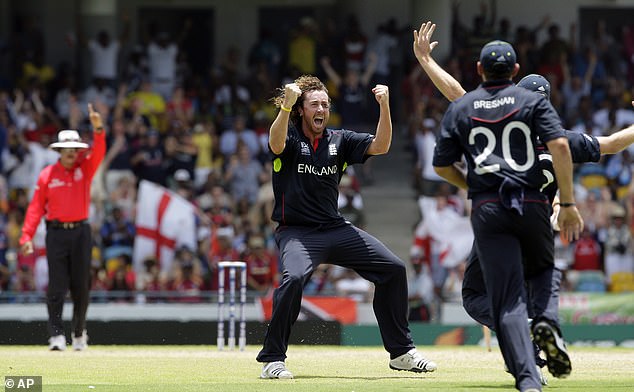 ‘I remember not just the cricket but that we had lots of fun as a team. We had a song that was sung on the bus whenever we won and Paul Collingwood (the captain) wanted us to embrace the tournament rather than adopt that old English sergeant major style of, “You’ve got to do this and you’ve got to do that”.

‘It was particularly significant because the brand and style of cricket we played hadn’t really been seen before in English cricket. It was that attacking formula and no fear of failure that we now see in so much of our T20 cricket.’

Sidebottom was at the heart of it after Collingwood had identified his type of bowling as crucial to the shorter game. ‘Colly went to the IPL and saw how it was played and brought that into our team,’ Sidebottom tells Sportsmail.

‘I’d always bowled at the death and Colly wanted me to do that with my left-arm variation. 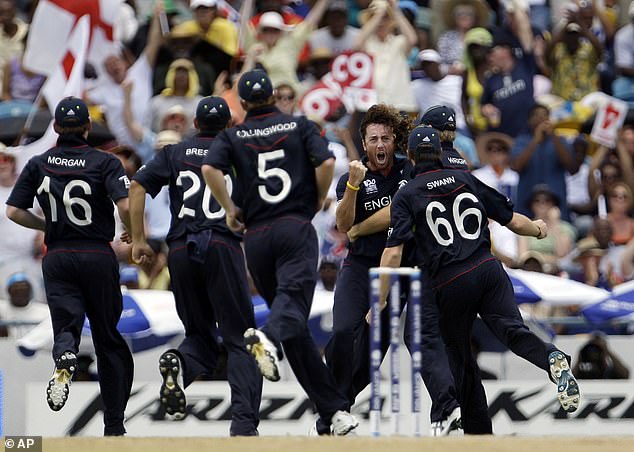 ‘Slower-ball bouncers became a big part of the attack. They hadn’t been seen before and we used them very well. Colly spoke to our analyst, who looked at all the games in the IPL to see where the most effective place to bowl at the death was.

‘Yorkers were in there but we found the best place was head height just outside off-stump and the slower-ball bouncer had the lowest percentage of scoring against it. So we decided to try it and it was conducive to the wickets in the Caribbean.’

Eleven years later and a much more fancied England team will attempt to emulate Collingwood’s pioneers by adding a second Twenty20 World Cup to their 50-over triumph of 2019, starting on Saturday in Dubai against West Indies.

‘Things have evolved so much since our time,’ says Sidebottom. ‘Yes, of course there are a few similarities to the way we played with our attacking cricket, but this team now boasts so many powerful players all the way down. 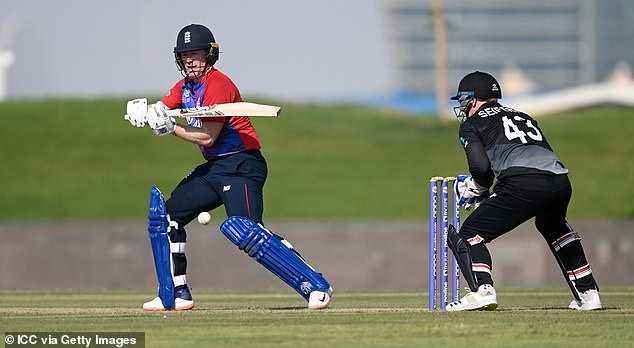 ‘Eoin Morgan was a pioneer in our squad with his hockey wrists and ability to hit the ball 360 degrees and he has taken that into his captaincy and how this England team play.

‘Under his guidance, this team are phenomenal.

‘The players are so athletic, look so fit and strong, and Eoin leads them so well with such confidence.

‘This is the best short-format team I’ve ever seen, arguably the best anyone will ever see, and there’s every chance they can come away from the UAE with another global trophy under their belt. I’m looking forward to watching it.’ 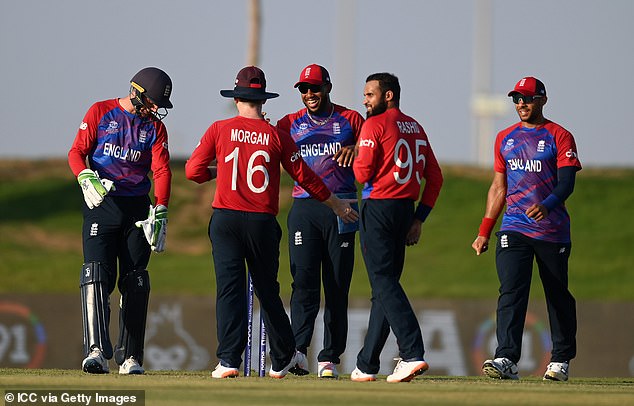 Sidebottom will do that four years into his retirement after more than 20 years in the game and, among many post-cricket interests, with ambitions in a very different field.

‘I did Dancing on Ice a few years ago and really enjoyed it,’ he adds.

‘My daughter now wants me to go into the jungle because she wants to see cockroaches and spiders crawling through my long hair!

‘But I’ve always loved gardening and what I’d really like is to get involved in that on TV. With my flowing locks I could be the next Charlie Dimmock!’